Slovakia's tallest building has only 40m to go 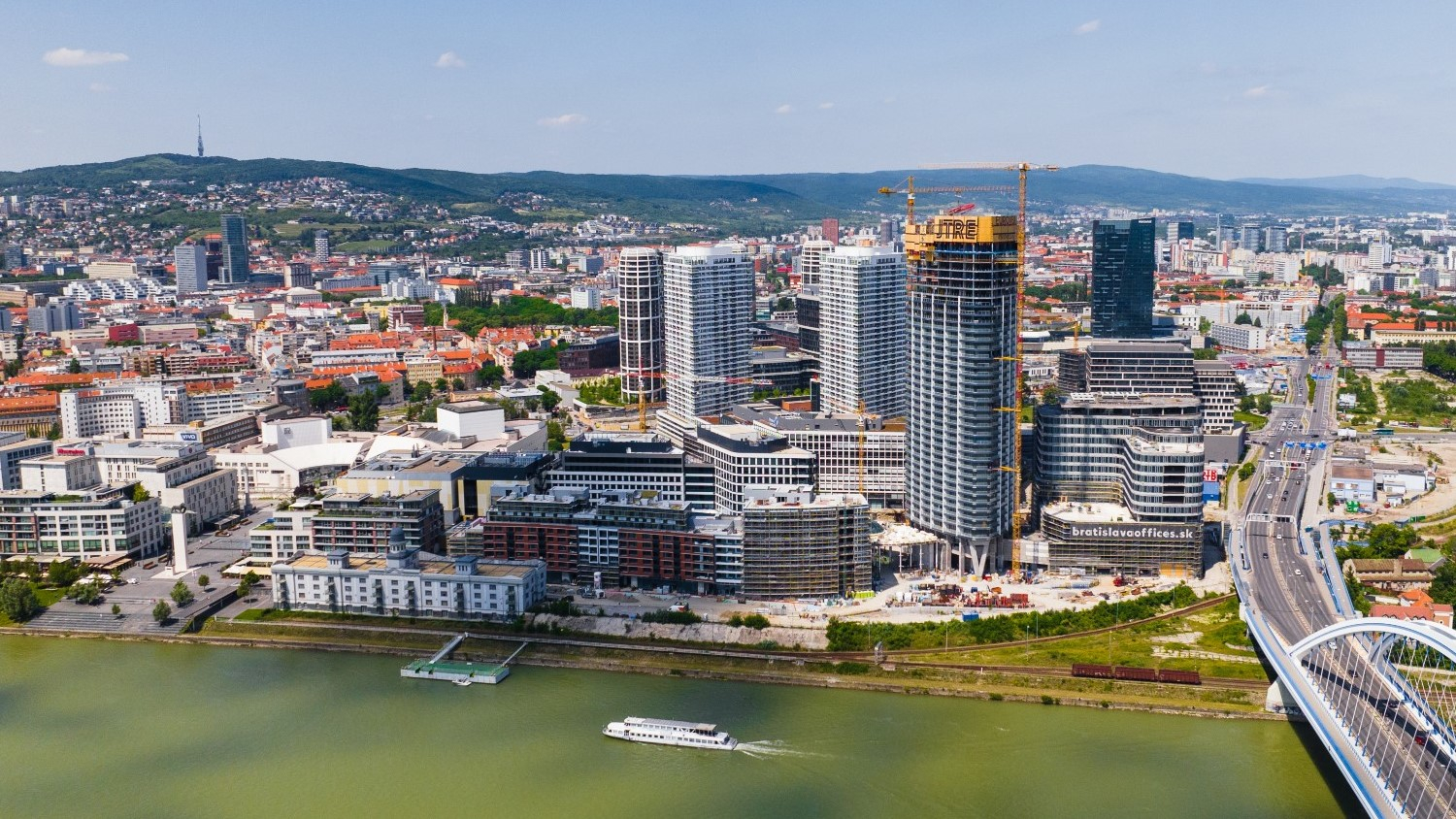 The tallest building in Slovakia, Eurovea Tower is rising in Bratislava by the Danube. With the completion of the 38th floor, the tower has reached 125 metres, the milestone by which it has become the highest building in the country already and has 40 metres still to come. By the end of 2022, Eurovea will be with the 47 floors and 168 metres the 1st skyscraper in the country, developer JTRE announced.


Construction of Eurovea’s extension began at the end of 2019. Early 2020 saw the drilling of piles, the first crane was added in spring, and a key milestone came in September when the foundation slab of the skyscraper was concreted over three days. Subsequently, the tower began to take shape. After the completion of the base with 15-metre V-shaped supporting columns, the standard residential floors are added at an average rate of one every 11 days. The current floor level has a digital display on the scaffolding. "Eurovea Tower is already clearly visible on Bratislava’s skyline. The nearby area has a grouping of 100- to 115-metre towers, constituting a compelling "115 wall". Coming months will see this 168-metre skyscraper reach above this wall, and define views of the modern city centre,” says Pavel Pelikán, Executive Director of JTRE.

Since day one, the skyscraper has attracted strong interest both from the general public and buyers. With an immediate and overwhelming interest in apartments, most are already sold. "I consider the most valued and most valuable Bratislava apartment living to be that connected to the water, namely the Danube embankment. Added value is walking-distance connections with the city centre’s wide range of services, facilities, culture and gastronomy," adds Pavel Pelikán.

In addition to the skyscraper, the Eurovea 2 project also includes an extension of the Eurovea shopping centre (25,000 sqm or retail space), the Riverside residence (8 floors, 97 residences), the Pribinova X (18,000 sqm of leasable office space) and administrative buildings and underground garages. Eurovea CITY’s construction also includes an extension of the Danube promenade, the Pribinova boulevard and additional new public spaces, playgrounds and sports grounds. The skyscraper’s south square with riverside views will include a new visual work - for this JTRE launched a public tender in which 60 artists from Slovakia and the Czech Republic entered. Eurovea CITY is becoming the thriving heart of Bratislava’s contemporary centre. The completion is planned for the next year.