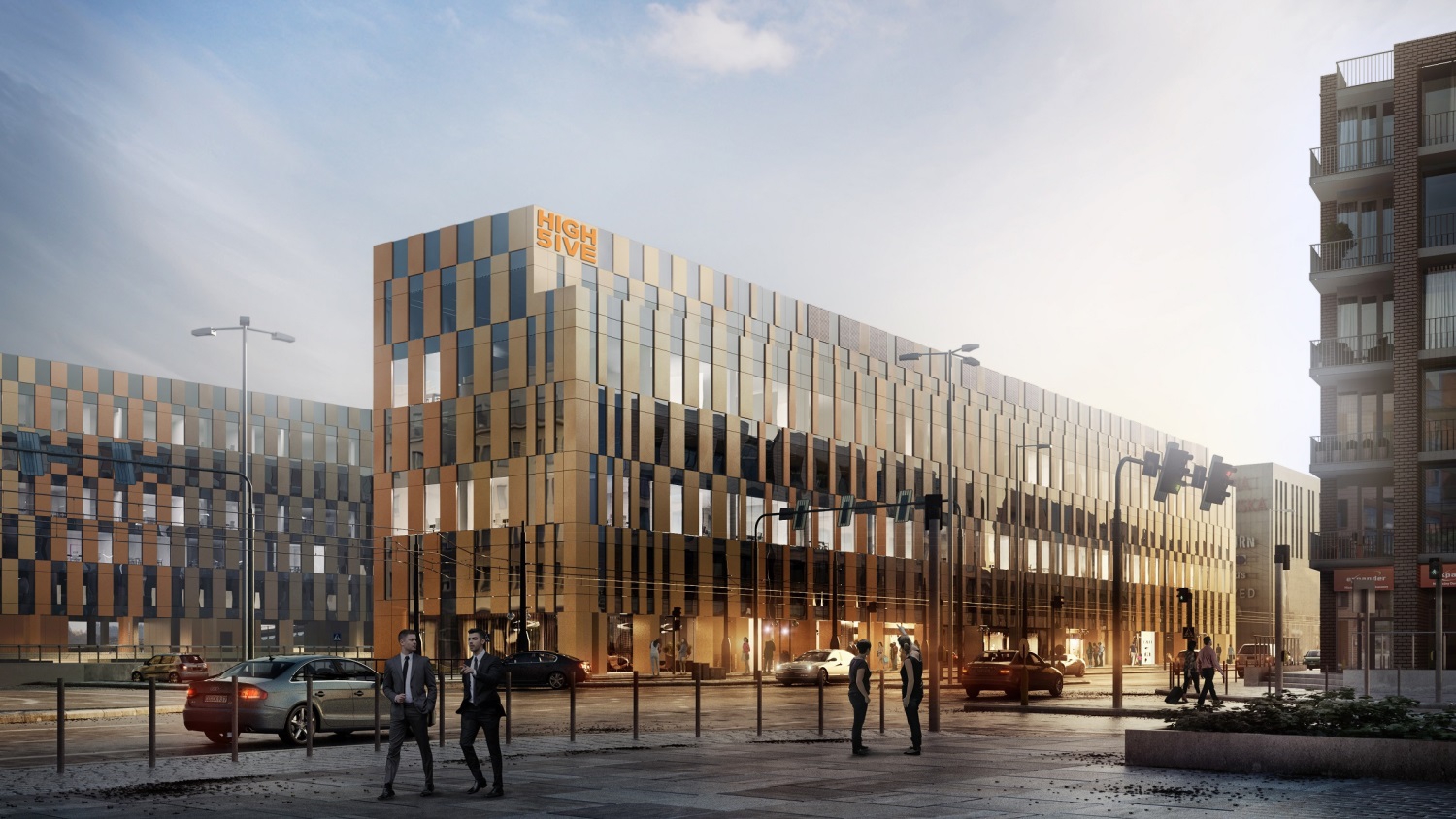 Skanska has laid the cornerstone for its third Kraków office project, High5ive. In the first phase of the project two buildings will be constructed by Q4 2017 with a GLA of 23,500 sqm. Upon completion the entire complex will offer 70,000 sqm of leasable space.

High5ive, which will ultimately consist of five buildings, is to date Skanska’s biggest office project in a regional city. Two office buildings will be developed in the first phase and both will be located between Ibis Hotel and Galeria Krakowska, near the city’s main railway station. The first two buildings (D & E) will offer approximately 23,500 sqm of leasable space, boasting LEED Gold certification. Buildings D and E will comprise six floors above ground. A garage in building D will be located on its ground floor and one underground floor. Building B will provide a garage located on the building’s two underground floors. The first phase of the project will provide 175 parking places altogether.

The space between the two buildings that will be developed during the first phase will include, for example, a place for a summer cinema, and an urban bicycle station. There will also be places to clean and fix bicycles, water fountains for both people and animals, elements of urban furniture as well as amenities such as smartphone chargers and free Wi-Fi connection. Around the buildings, in consensus with the local community, Skanska is planning to develop places designed for team sports as well as an open-air gym.
The scheme’s general contractor is Skanska S.A. High Five's architect is NS Moon Studio. Skanska Property Poland is responsible for its commercialization. The scheduled completion date of the first phase is Q4 2017.