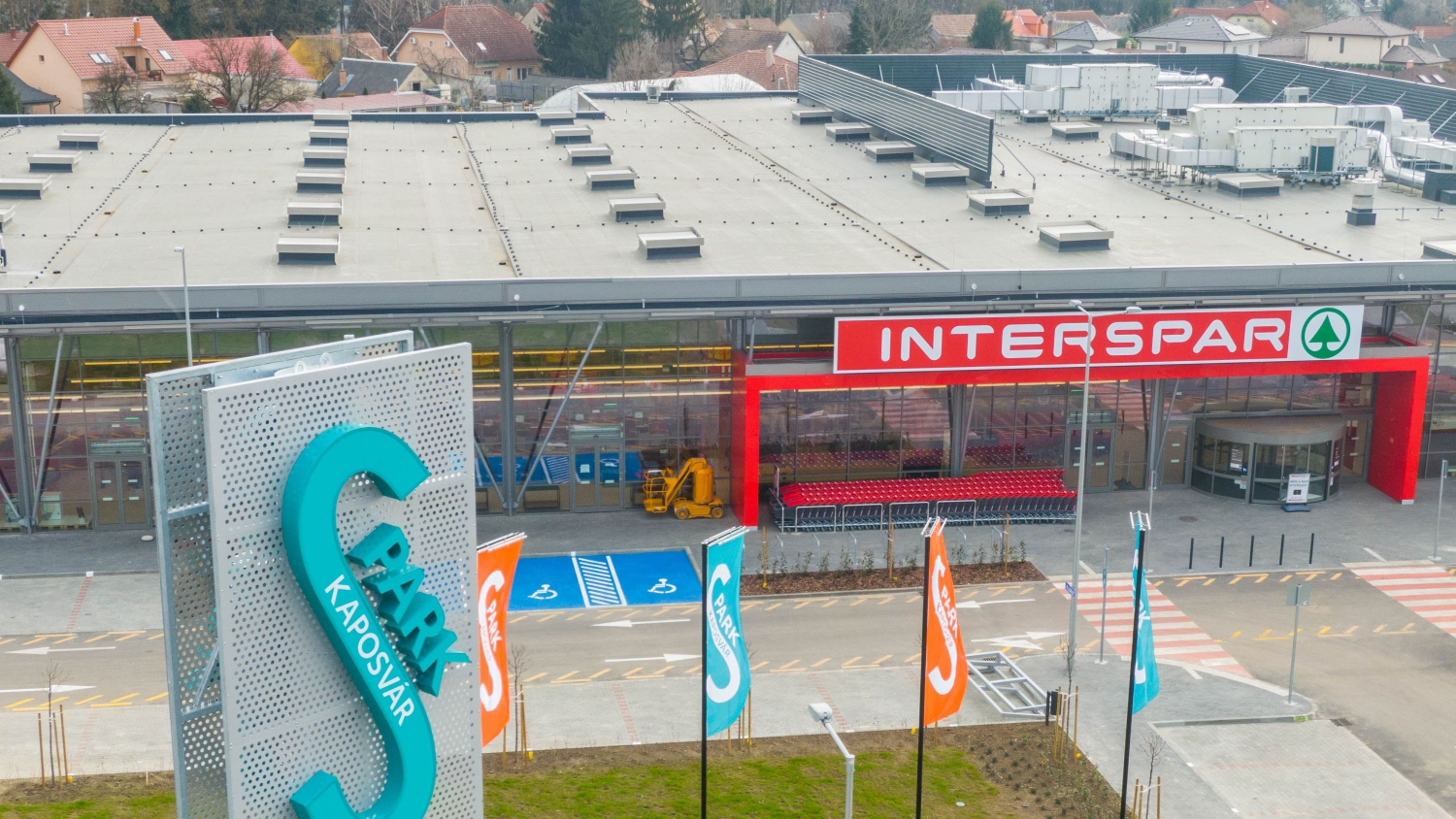 On Thursday, 11 March, SES Spar European Shopping Centers opened S-Park Kaposvár, a new retail park in Southern Hungary. As a result of a renewed lockdown in the country, only those stores that are deemed essential for the provision of basic goods and services to the population have been allowed to open. These are a 6,800 sqm Interspar store, a 600 sqm dm drugstore and a 150 sqm Ofotért optical retail store. S- As soon as official Hungarian regulations permit, all other stores located at S-Park, such as Hervis, Deichmann, Euronics, Pepco, and Kik will go into full operation. The segment and shop mix, which includes 10 stores, covering a leasable area of 11,200 sqm, will deliver a comprehensive range of brands and services to Kaposvár and the surrounding region.


Following the grand opening, S-Park's active tenants will include Interspar, dm, and Ofotért as well as other anchor stores, such as Hervis, featuring an updated concept, Deichmann, Euronics, covering twice the floor space, Pepco, Kik, and a McDonald's Drive fast-food restaurant.

The retail park, which was completed as part of a joint development project between the owner and operator SES Spar European Shopping Centers and Spar Hungary, was built in a record time of 10 months. An investment of €24 million has been made in the S-Park retail park, which has provided jobs for more than 180 people in Kaposvár.

S-Park is located on a plot covering approximately 50,000 sqm in the eastern part of Kaposvár, and construction was carried out from March 2020 to the end of December 2020. Interior fit-out of the stores took place from January to the beginning of March 2021.

“Even though it is not currently possible for us to completely open S-Park, including all of our retail partners, due to the pandemic, we are very happy to be able to provide the city and the people of Kaposvár with a modern neighbourhood centre, especially during times like these,” said Christoph Andexlinger, Chief Operations Officer of operator SES Spar European Shopping Centers.

The opening of S-Park in Kaposvár marks another important milestone for SES. The addition of S-Park Kaposvár has increased the SES Group's portfolio to 30 shopping destinations in six countries.