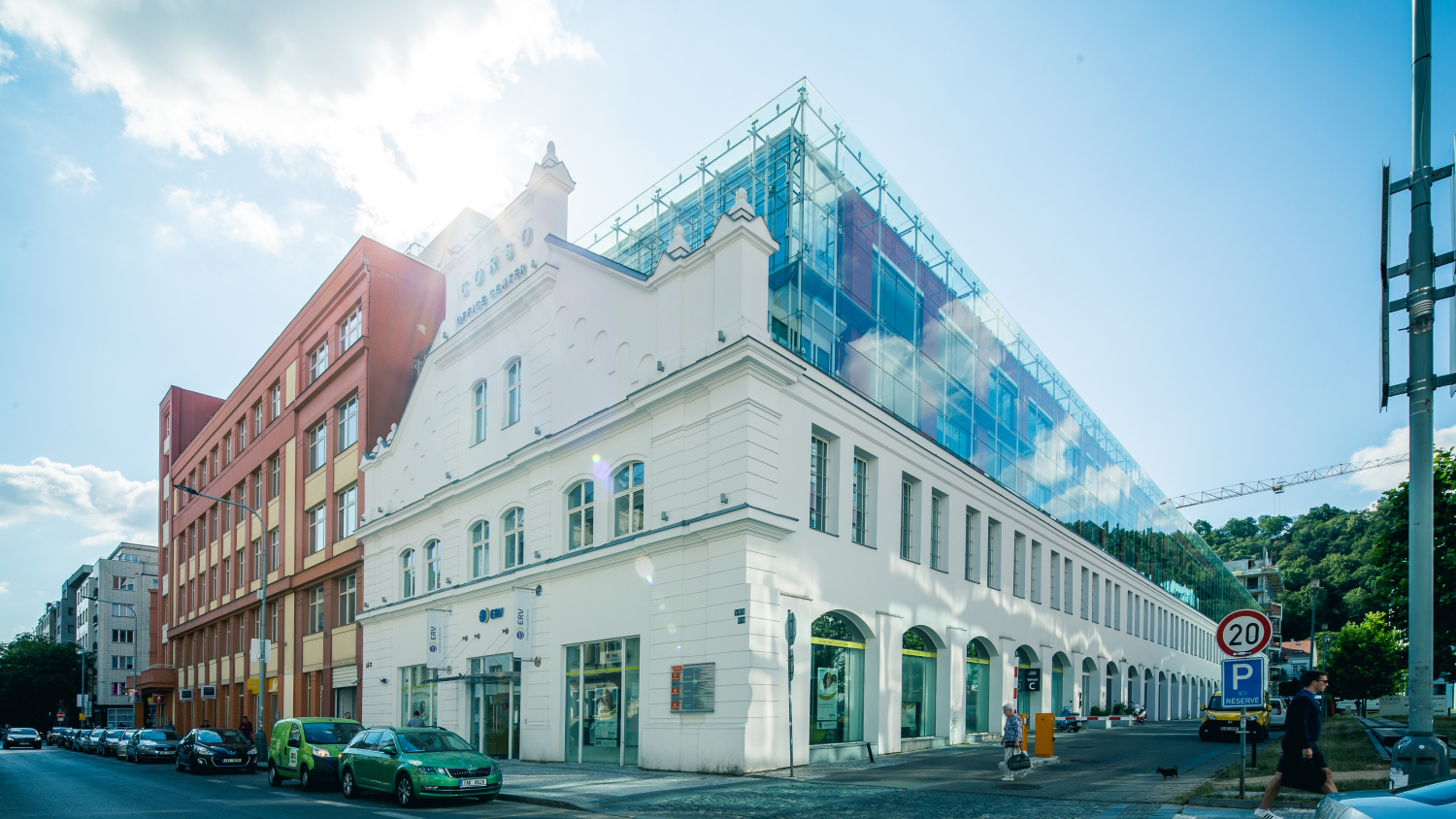 Revetas announced the successful disposal of the remaining assets of its Revetas Capital Fund II’s Project Papa office portfolio in Prague, bringing the total transaction value to over €100 million. One of the four assets initially comprised in the portfolio, BBC Vila, has previously been sold to Passerinvest Group. The three remaining buildings with a total GLA of c. 33,000 sqm are located in close proximity of each other in the Karlin neighbourhood of Prague’s 8th district and were acquired by local real estate group Českomoravská Nemovitostní (ČMN). The terms of the transaction were not disclosed.


The remaining portfolio comprised the Corso Karlin building, initially built as an industry hall in 1890 and was subsequently repurposed to office use by world-famous architects Ricardo Bofill Levi and Jean Pierre Carniaux. The two other assets, Apeiron and Zirkon, were designed by the Czech architect Aulický, otherwise known for his work on the Žižkov Television Tower, one of the tallest buildings in Prague.

Commenting on today’s announcement, Eric Assimakopoulos, Founding Partner at Revetas, said, “This transaction not only validates Revetas’ value creation strategy, but also the robust liquidity in our target region driven by the strong appetite of domestic investors. During our ownership, we made significant investments towards improving the quality and sustainability profile of the assets, most notably the full refurbishment of Apeiron including a new energy-efficient façade,  cooling systems, common areas and entrances. We continue to be focused on investing in the Czech Republic and are looking for projects and local partners to invest with.”