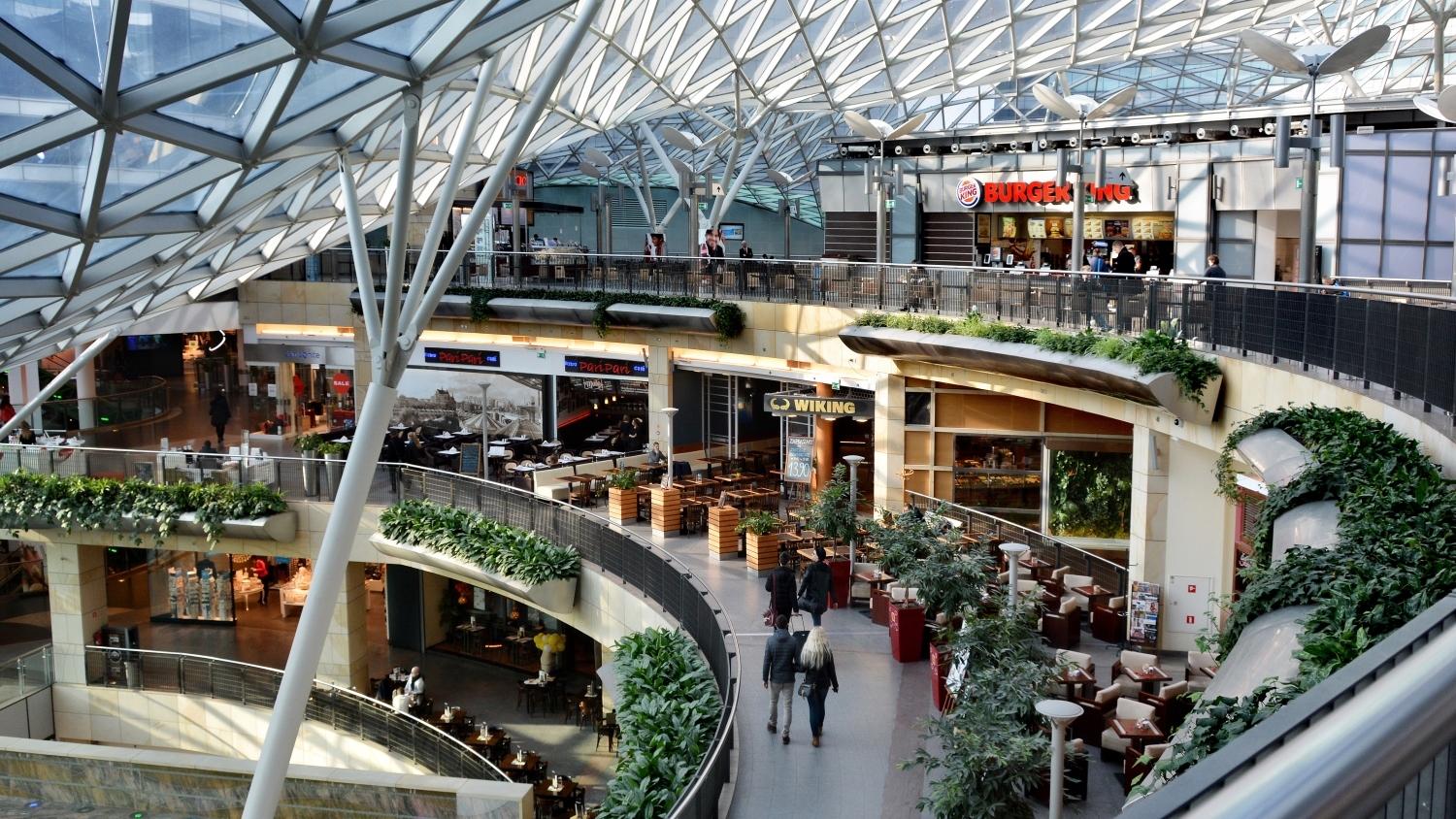 “Total retail stock grew by 168,000 sqm in the first half of 2018. Shopping centres were responsible for 130,000 sqm of this figure and are expected to add a further 198,000 sqm by the end of this year. It is worth noting that the market is not uniformly saturated across the country. On the one hand, we have heavily developed locations such as Wrocław and Poznań. However, we do have locations such as Szczecin, where the potential for the development of state-of-the-art shopping centres remains high”, explains Joanna Tomczyk, Research Analyst at JLL.
The highlights of H1 2018 were the launches of the eagerly anticipated Forum Gdańsk shopping centre in the Tri-City (62,000 sqm), the Gemini Park shopping centre in Tychy (36,600 sqm), the Rondo Wiatraczna shopping centre in Warsaw (11,000 sqm). In total, there are 413 shopping centres operating throughout Poland.
“Poland is a mature market but is still less saturated in terms of shopping centres compared to Western European markets. However, it offers a variety of projects, which in terms of architecture and interior design are some of the most modern to be found in Europe. New centres are also being delivered outside major metropolitan areas. In 2018, every second shopping centre was located in a smaller city. The number of blank spots on the Polish retail map is slowly being reduced, and we are catching up with Europe in terms of quality”, says Edyta Potera, National Director, Retail Agency, JLL.
“In the first half of the year, the total volume of retail investment transactions was approximately €1.87 billion with €1.75 billion being transacted during the first three months of 2018. Despite a relatively quiet Q2 we can still observe high interest in the Polish retail real estate among investors. Given the number of on-going transactions and the availability of product, we envisage that retail investment for 2018 will exceed €3 billion in volume, which would be the best result in the market's history”, comments Marcin Sulewski, National Director, Retail Investment CEE, JLL.
The largest transaction concluded during H1 2018 was the sale of a portfolio of 28 commercial properties, sold by ARES/AXA/Apollo Rida for €1 billion to a Griffin led consortium. Furthermore, there were several smaller transactions concluded in Q2 2018 as well. Aura shopping centre in Olsztyn was sold by Rockspring to NEPI Rockcastle for €64.9 million. CPI Property Group purchased a portfolio consisting of four existing retail Hot Stop parks and one under development (in Warsaw, Zamość, Radom and Siedlce) from Katharsis Development. The value of this transaction has not been disclosed.
The prime yields achievable for best-in-class, dominant, major shopping centres in Poland currently stand at 4.9%, while prime retail parks are expected to trade at approximately 7.0%.
“The market is still looking at the possible effects of the Sunday trading ban act. Retailers continue to adapt their business models to the new regulations, and analyse customer footfall and sales results. At the same time, one can recognize a clear shift in terms of expectations among customers. Key factors for the growth of footfall and sales are the right mix of quality tenants as well as the attractive gastronomic and entertainment propositions”, adds Edyta Potera.
As a result, new leisure options are rapidly appearing (such as theme parks, for example the Suntago Wodny Świat water park in Mszczonów) and outlet formats (the planned outlet of Biedronka in Poznań). Another marked trend is that of takeovers. Vue International, the owner of Multikino, has already announced its plans to take over the Cinema 3D chain in Poland.
Prime shopping centre rents remain, as always, highest in Warsaw (up to €130 / sqm / month). Rental levels across major cities remained relatively stable as compared to the previous quarter, ranging from €42 / sqm / month to €60 / sqm / month.