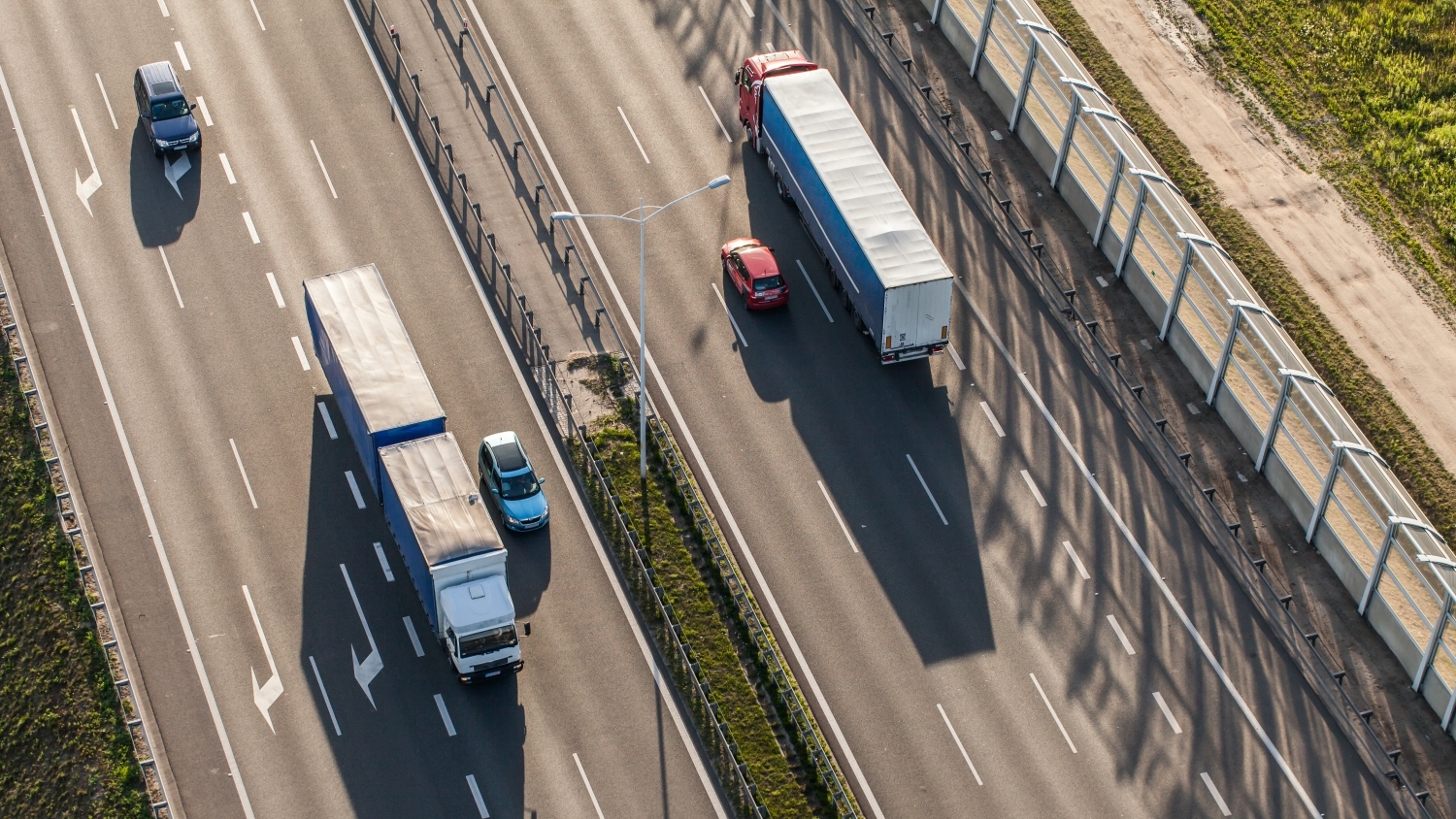 Occupier demand for modern logistics and manufacturing space remained healthy throughout Q3 2017, in which 723,000 sqm was let under 128 lease agreements. Leasing activity totalled more than 2.5 million sqm in the first three quarters of the year, representing a 15% increase compared with the same period last year. As in H1 2017, the highest take-up levels were recorded on the following three markets: Upper Silesia (126,000 sqm), Warsaw Suburbs (121,000 sqm) and Central Poland (120,000 sqm). Tenant interest in logistics space also remained strong in Tricity (41,000 sqm) and Szczecin (53,000 sqm). In Q3 2017, new leases accounted for 60% of all transactions, while lease renewals and expansions made up 30% and 10%, respectively. Warehouse take-up came mostly from logistics operators with a 45% share in Poland’s total take-up, followed by retailers (11%), household appliances (9%), e-commerce (7%), manufacturing (7%) and the automotive sector (6%).
Warehouse supply totalled 980,000 sqm completed through 29 projects, of which 56% was delivered to the market by Panattoni. This pushed Poland’s total industrial stock up to 12.86 million sqm (up by +18% compared with last year’s figure). The largest volumes of new warehouse space came onto the markets of Warsaw Suburbs (372,000 sqm), Szczecin (317,000 sqm), Poznań (206,000 sqm) and Upper Silesia (202,000 sqm).
At the end of Q3 2017, there was 1.05 million sqm of warehouse space under construction, of which 75% was secured with pre-lets. The highest concentration of development activity was in Central Poland (330,000 sqm), Upper Silesia (205,000 sqm) and Warsaw Suburbs (133,000 sqm). The development pipeline includes mainly large BTS schemes, comprising projects developed by Panattoni for Amazon in Sosnowiec (135,000 sqm) and for BSH in Łódź (79,000 sqm) and by P3 for K+N in Piotrków Trybunalski (61,000 sqm). Other major projects under construction include mixed schemes having 30-40% of space secured with pre-lets. 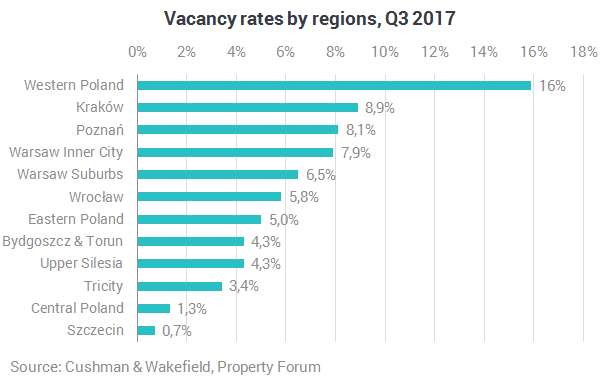 At the end of September 2017, the vacancy rate stood at 5.4%, equating to 698,000 sqm, down by 0.8 percentage points from 6.2% last year. Of Poland’s five core warehouse markets, the highest vacancy rates were in Poznań (8.1% or 148,000 sqm), Warsaw Inner City (7.9% or 56,000 sqm). The lowest was in Central Poland (1.3% or 21,000 sqm). Vacancy rates on other regional markets range between 0.7% in Szczecin and 15.9% in Western Poland.
Headline rents remained flat on the country’s core warehouse markets, standing at €2.40–3.60/sqm/month at the end of Q3 2017. The highest rents are in Warsaw Inner City (€4.00–5.25/sqm/month) and in Krakow (€3.50–4.50/sqm/month). Effective rents which are lower due to financial incentives offered to tenants stand at €1.90–3.20/sqm/month. As in the case of headline rents, the highest effective rents are in Warsaw (€3.50–4.60/sqm/month) and Krakow (approximately €2.80–3.60/sqm/month).
“The upward pressure on rents caused by the growing tenant demand was compensated in recent years by a proportional increase in supply. Tenants continue to enjoy the upper hand on industrial markets, benefiting from intense developer competition in such locations as Poznań, where the lower limit of effective rents has slipped down by approximately 5%. By contrast, rents are edging up on markets with low volumes of vacant space such as Łódź and Bielsko-Biała. We expect rents to come under more upward pressure in upcoming months due to rising development costs,” said Adrian Semaan, report author, Consultant, Industrial and Logistics Agency at Cushman & Wakefield.
“We expect Poland’s total industrial stock to surpass the 13 million sqm mark by the end of this year. This will be driven by the expansion of e-commerce and strong activity of manufacturing companies, including household appliances and automotive sectors. Other key factors in the growth of the Polish industrial market include favourable macroeconomic conditions, further improvements in the country’s road infrastructure and the high potential of Poland’s economy. In addition, the small proportion of speculative developments will keep vacancy rates at stable low levels. Rents, however, are expected to edge up due to rising costs of building materials and services,” said Joanna Sinkiewicz, Partner, Head of the Industrial and Logistics Agency at Cushman & Wakefield Poland.