Poland’s retail market to face changes in the future 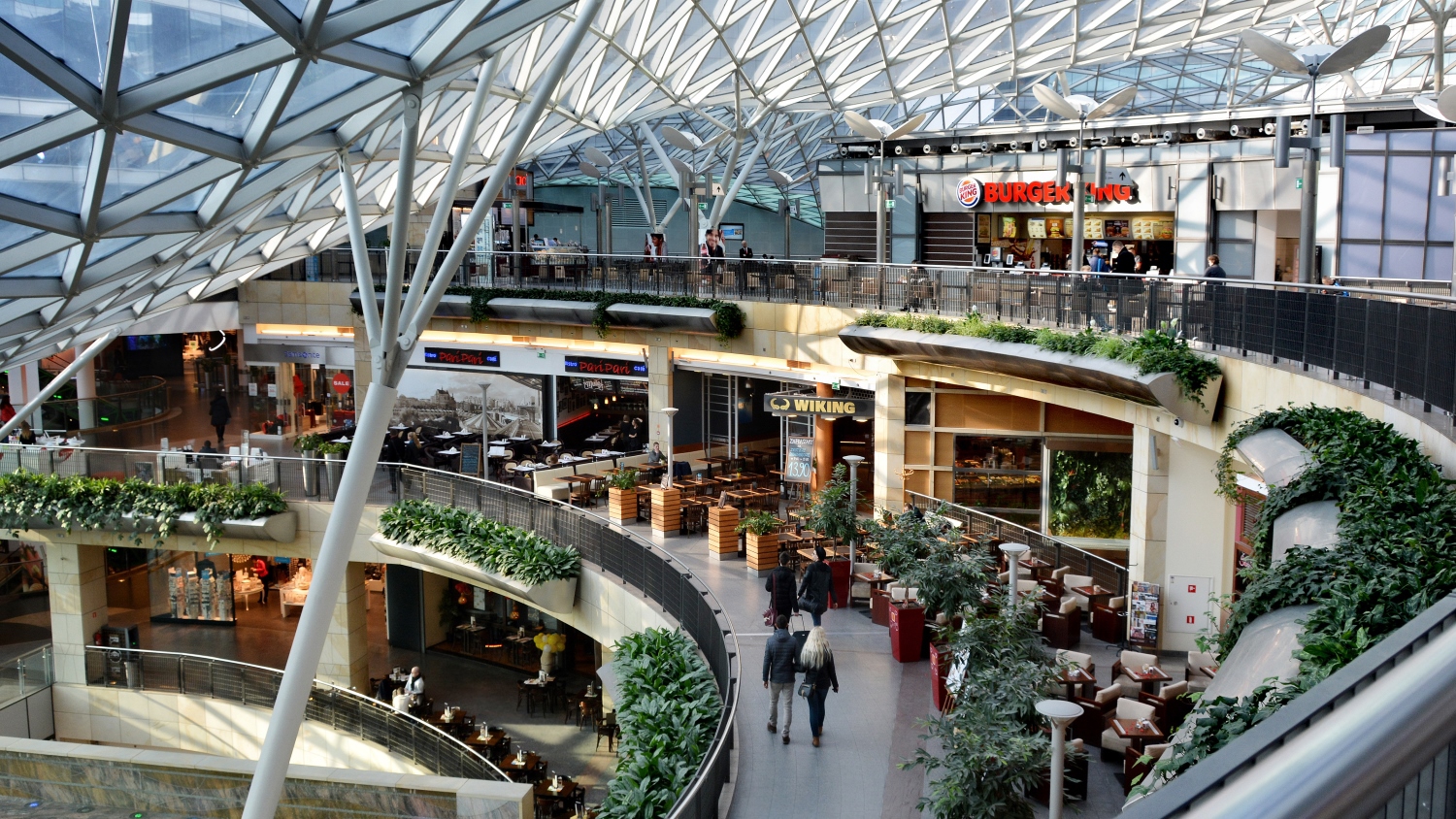 “While H1 2017 was relatively modest in terms of new openings, it is worth underlining that the most intensive period is still ahead of us. By the end of June, there was 700,000 sqm of retail space under development. The shopping centre format accounts for over 90% of this total. We expect that approx. 372,000 sqm of new retail space will be delivered to market in H2 2017. Major projects due for completion in 2017 include Galeria Północna in Warsaw and Wroclavia in Wrocław”, comments Agnieszka Tarajko-Bąk, Senior Research Analyst at JLL.
Market to face changes
Currently, total retail stock in Poland amounts to 13.4 million sqm. Shopping centres account for 9.5 million sqm of the total volume.
“Due to ever increasing competition and the ageing of retail objects – often situated in both attractive and well-proven locations - developers no longer focus solely on developing new objects. Today, an increasing number of schemes undergo modernisations, extensions and changes in format. Such activities are aimed at maintaining the attractiveness of existing objects and attracting new clients”, explains Mariusz Czerwiak, Associate Director, Retail Agency at JLL.
The retail market is undergoing dynamic changes not only in physical terms – due to the natural ageing of retail objects – but also in a wider, social context.
“The changing preferences among clients have resulted in changes to the roles of shopping centres. Creating meeting places, the growing popularity of entertainment and restaurant propositions, innovation and new technologies, multichannel sales, and e-commerce have all had a great impact on the consumer's behaviour. Both owners of retail objects and tenants need to look for new ways to address such demands. This will most likely see shopping centres change in the future”, adds Mariusz Czerwiak.
Another challenge that is ahead of the Polish market is the aspect of legislative changes. The Retail Sales Tax Act and the potential ban on Sunday trading are two examples of widely discussed topics which could have a significant impact on Poland's retail trade.
Demand
The Polish retail market is the biggest market in the CEE region and it continues to rapidly develop. As a result, it remains attractive for foreign brands. The most significant retailers select the biggest Polish agglomerations for their new locations. The following new brands have recently made their Polish debut: Russian fashion chain befree (in Posnania in Poznań) and Italian fashion brand Elisabetta Franchi (in Dom Mody Klif in Warsaw).
“A surprising phenomenon is the growth of activity of Eastern European fashion brands. Russian and Ukrainian retailers, such as Goldi, Love Republic, Zarina and Outhorn, are targeting the Polish market. Two of them, namely Love Republic and Zarina, will make their debut in Galeria Północna in Warsaw in August 2017”, says Mariusz Czerwiak.
Rents
Unsurprisingly, the highest prime rents for a prominently located 100 sqm unit shop from the fashion category in prime shopping centres are in Warsaw (€130/sqm/month). Rents in major agglomerations outside Warsaw average out at between €45-60 per sqm.
Retail investment market
“The total transacted volume in Poland's retail sector in H1 2017 was approximately €955 million. Q2 accounted for over €800 million. We forecast that the high activity among investors in the Polish retail sector will be maintained throughout the second half of the year. This is illustrated by a significant number of transactions that are underway, at different phases of advancement or are scheduled for completion in the next few weeks or months”, comments Adam Kiernicki, Associate Director, Retail Investment at JLL.
The biggest transactions finalised between January and June 2017 include the sale of four retail parks by IKEA Centres to Pradera European Retail Parks SCSp (two in Warsaw Agglomeration, one in Katowice and one in Poznań), the acquisition of three Fashion House shopping outlets in Piaseczno, Gdańsk and Sosnowiec by Deutsche Asset Management from a fund managed by Peakside Capital, and the Quadro portfolio sale by Blackstone. Three centres from this portfolio, Wzorcownia in Włocławek, Galeria Twierdza in Kłodzko and Galeria Twierdza in Zamość, were acquired by EPP while Galeria Tęcza in Kalisz was purchased by an undisclosed investor. Furthermore, other significant retail transactions of H1 2017 also include the purchase of CH Ogrody in Elbląg by CPI Group from CBRE Global Investors (transaction within an international real estate portfolio) and the sale of CH Zakopianka by Tristan Capital Partners to EPP.
Prime yields for best-in-class shopping centres in Poland remain stable at 5.0%, and prime retail parks are expected to trade at approximately 7.0%.