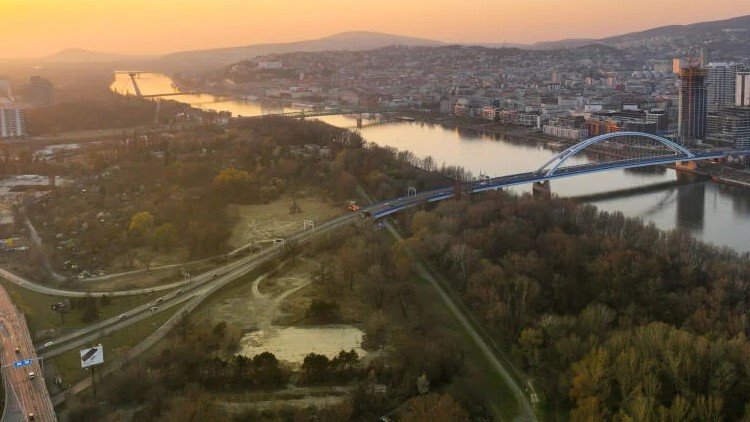 Penta Real Estate is planning a new development on the banks of the Danube in Bratislava. Therefore, the company has acquired land from HB Reavis with a total area of 85,000 sqm. The price of the transaction was not disclosed. The new acquisition was reported by news portal Trend, which is part of the NMH publishing house owned by Penta Investments.

The construction of Penta's new development project is expected to start within three years. It is now in the process of preparation. The project by the Danube should combine residential and office zones. During the construction, it is also planned to build complete civic amenities in the area. "We perceive the area as very important for the development of the capital city with the ambition to create a counterpoint to the business centre and the emerging downtown on the other bank of the Danube," Juraj Nevolník, executive director of Penta Real Estate Slovakia, commented on the new project.

"Historically, larger and longer-term projects have proven successful, one of which is the newly emerging Bory urban district that we are building in the west of Bratislava. That's why we decided to enter this large project, even though it takes decades to build such a project. I believe that at the end of it, the quality of real estate development in our capital city will once again move several steps forward." added Nevolnik.