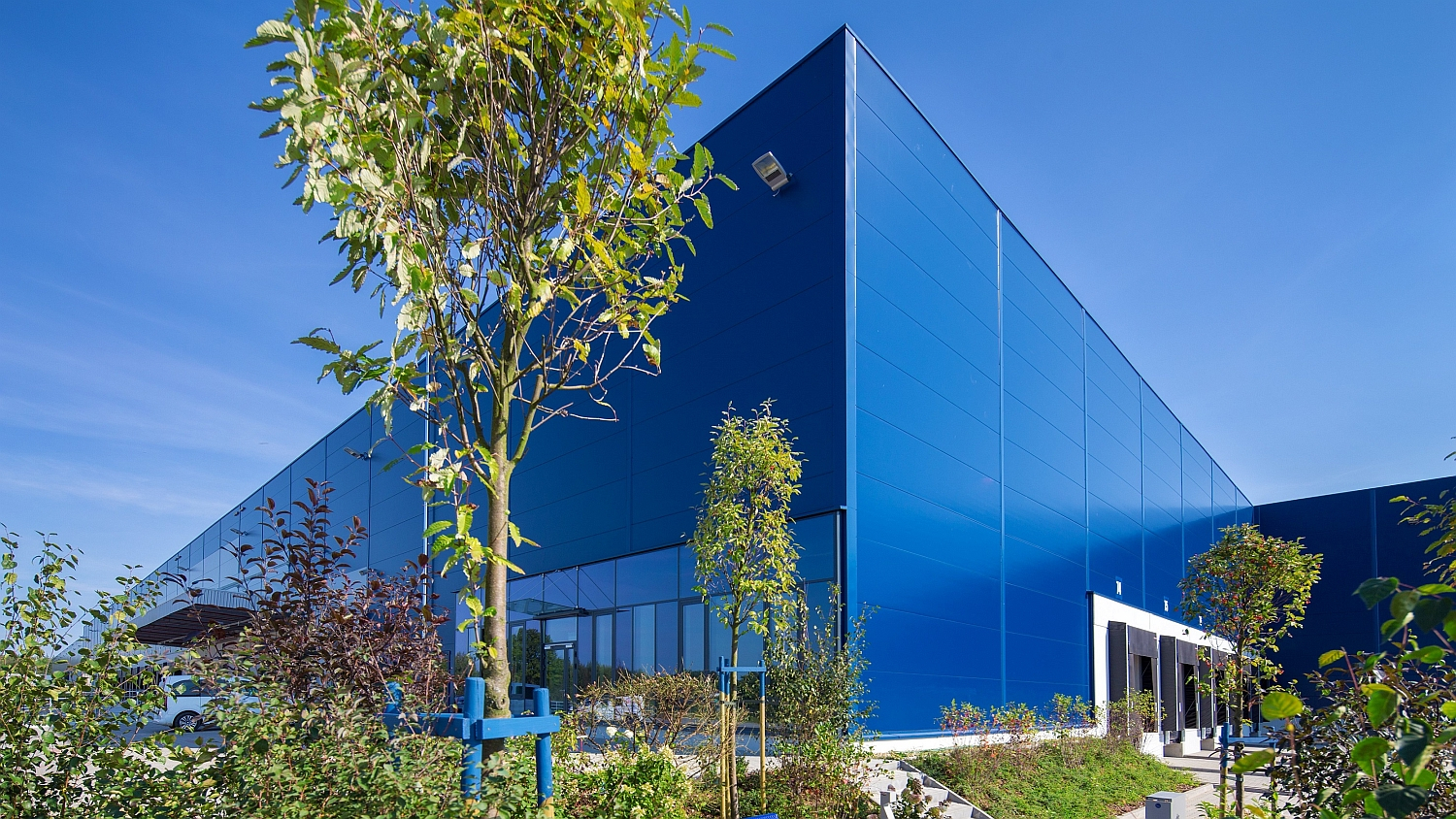 Panattoni has summarised its activities in the field of sustainable development. In 2020 alone, the company obtained green certificates for 2.6 million sqm of its developments as well as a BREEAM ‘Outstanding’ rating for one park with a score that makes it the greenest industrial building in the world. Panattoni’s portfolio also includes facilities with BREEAM ‘Excellent’ and ‘Very Good’ certificates as well as DGNB at the ‘Gold’ level. The developer is now taking its latest steps in this area, including introducing energy from renewable sources (RES) to its buildings and upgrading them to BREEAM certification at the ‘Excellent’ level.


In the last year alone, the developer increased the amount of its certified space by 2.6 million sqm and now has as much as 4.6 million sqm of space covered by green certificates. The most spectacular example of this is the BREEAM ‘Outstanding’ certification for its Panattoni Park Cheb South project in the Czech Republic, which scored a record 90.65% and was also added to BRE’s short list for the BREEAM Awards 2021. Moreover, the developer’s Czech division successfully applied for BREEAM ‘Excellent’ for Panattoni Park Stříbro, Panattoni Park Cheb and Panattoni Park Brno Airport. Panattoni’s green policy is now being implemented across all the markets in which it is present. The company achieved its most spectacular results in terms of the amount of its green space in Poland, obtaining BREEAM certification for facilities with a total area of 1.6 million sqm, of which as much as half a million has achieved a rating of ‘Very Good’. It was also a similar story in Germany, where as much as 600,000 sqm has now received DGNB certification at the ‘Gold’ level and four projects have green roofs. In the UK, Panattoni is introducing photovoltaics on a large scale as well as switching to the use of wind farms and limiting the use of concrete in the construction of its halls.

“Last year was a crazy time for us, one of revolutionary changes. It saw the launch of our innovative Go Earthwise with Panattoni concept, which introduced a new standard to our facilities, including new glass façades for the office sections, chargers for electric cars, the introduction of substantial amounts of greenery, new designs for the fittings in such areas as the relaxation zones, bicycle shelters and bus stops. We also joined the PLGBC and, ultimately, added 2.6 million sqm of certified space. A lot has happened, but we will use all of this as environmentally friendly fuel to drive our business on this year – even more intensively than in 2020", said Robert Dobrzycki, the CEO of Panattoni

From 2021 onwards, the developer is to focus on renewable energy sources and reducing the use of primary energy. As Emilia Dębowska, the Sustainability Manager of Panattoni, explains: “We have entered into cooperation with energy suppliers who provide 100% renewable energy. This will be used to run parks in a dozen or so locations – initially those we have in Silesia and Warsaw.” At the end of the first wave of these changes, Panattoni will be managing RES facilities with a total area of approx. 3 million sqm. Additionally, a new standard of ventilation controlled by CO2 sensors is to be introduced, in order to achieve the company’s targets for reducing primary energy. Measures aimed at optimising water consumption will also be regularly introduced, such as the introduction of retention systems. But the company is not stopping there. “As the saying goes, if you want to change the world, first start with yourself. We plan to certify selected facilities at the BREEAM ‘Excellent’ level – and are already applying for this in Silesia, Warsaw and Central Poland. We are also looking at other environmental certifications,” adds Emilia Dębowska.

Go Earthwise with Panattoni is the developer’s long term sustainable development strategy, according to which each park is to be BREEAM certified to least at the ‘Very Good’ level. As a result, future facilities are to meet even more stringent requirements in terms of environmental and climate protection as well as when it comes to caring for the local community. The green policy of the company includes, among other measures, aiming for 50% savings in terms of energy consumption and reducing power usage to 60%, while achieving drinking water savings of 6,000 litres per day for a facility with an area of 20,000 sqm as well as a recycling rate of 90%. At the heart of the entire concept is a new standard of building façade, the development work on which started in autumn 2019. The company has now come up with a new aluminium and glass façade design for the office sections of its facilities, which, combined with a new concept for the surrounding greenery, including flower meadows, hives and invertebrate houses, allows for the development of buildings that are much more environmentally and user-friendly.