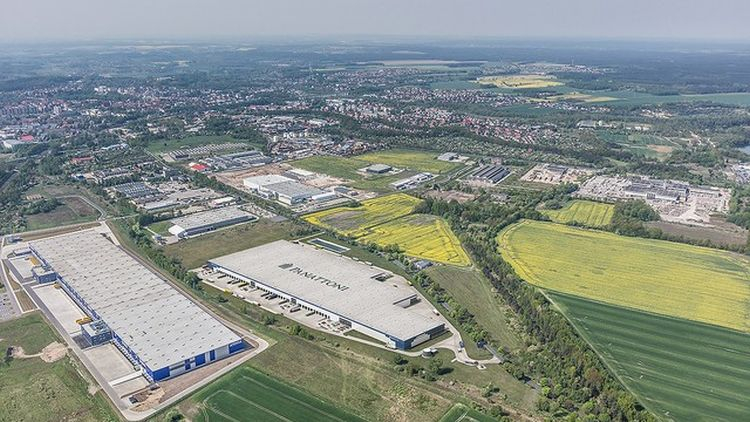 The construction works on Panattoni Park Bolesławiec, which is the developer's 22nd park in Lower Silesia, are to start this month.


The company has already completed more than a million square metres in the region, and for its latest new project is to build another 50,000 sqm. The facility, with a height of 12m and a floor load capacity of 7T / sqm, will be designed to serve clients from many sectors, including e-commerce, logistics and production. Panattoni Park Bolesławiec is to be built in accordance with the company's latest technical standards and to pass BREEAM certification at the ‘Excellent’ level. The developer will ensure adequate access to light as well as acoustic and heating levels for employees, while it will also draw up an air quality plan. In addition, a mechanical ventilation system is to be installed to minimise the concentration and recirculation of pollutants. Panattoni will also adhere to its own improved standards when it comes to reducing the consumption of drinking water, such as introducing leak detection and rainwater collection systems as well as other water-saving installations.

“The interest in warehouse facilities close to the German border continues to grow – and Panattoni is doing everything it can to meet this demand. We provide facilities that allow us to serve both the German market and the entire western and southern part of the continent. A perfect example of this is Panattoni Park Bolesławiec, which will be located just half-an-hour’s drive from the western border. In addition, the regular shape of the warehouse will allow the space to be adapted to the specific operations of future tenants. Its wide range of green features will also increase the attractiveness of the project. All of this has been made possible due to our know-how in this field, which will pay off at the planning stage. Warehousing in the western part of Poland often represents a strategic link for the European operations of companies, so it’s certainly worthwhile relying on such an experienced developer as Panattoni,” says Damian Kowalczyk, the Development Director of Panattoni.

Panattoni Park Bolesławiec will be located at the Krzyżowa junction of the A4 and A8 motorways. Reaching the Polish-German border should not take longer than 30 minutes, while the Polish-Czech border is just 50 minutes away. The strategic location of the park has been recognised by Amazon, for whom Panattoni developed a BTS facility nearby in Okmiany. The 60,000 sqm project also has a wide range of sustainability features and received the maximum rating during its BREEAM certification for water systems.