Panattoni is completing the centre for 4F in Czeladź 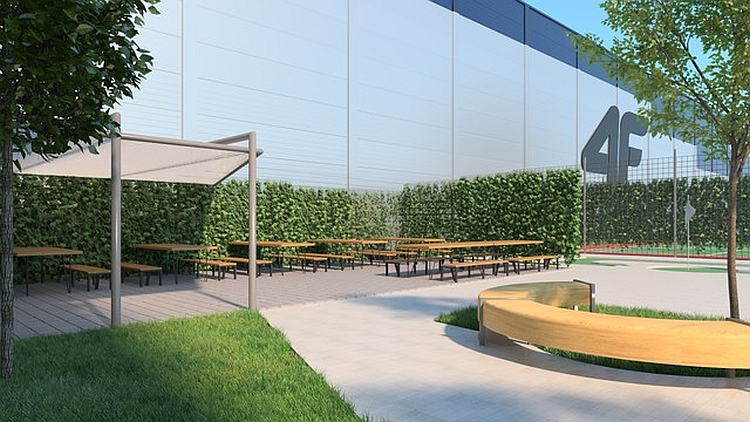 
OTCF S.A. is a Polish producer of sports clothing and accessories famous for supplying clothing to various countries for their teams at the Olympic games. Work on the warehouse that is to be used by 4F, a brand owned by OTCF, began in April on ul. Gdańska on the eastern side of Czeladź.

As part of the project, a warehouse building will be erected with a total area of 67,000 sqm, of which almost 2,200 sqm will be two floors of office space. In the first stage of the project over 40,000 sqm is to be delivered. Construction work on a further area of over 20,000 sqm is to start in the coming months and the final stage of the project is to be handed over in 2023. “Our new OTCF S.A. warehouse is our response to the rapidly growing demands placed on us by the growth of our company. In it, we will store, sort as well as pick and pack our products to serve orders from our customers in both Poland and the rest of Europe,” says Arkadiusz Łukasik, the logistics and administrative director at OTCF S.A.

Marek Dobrzycki, Managing Director of Panattoni states: “We understand the changes that are going on in the retail chain sector and its needs. This is why our activities are intended to support companies in their omnichannel sales – and particularly at a time when the importance of e-commerce is increasing.” This is why the developer has among other things delivered a platform system for OTCF that is based on shelving (with three levels and a further one known as an ‘airport’) as well as a free-standing mezzanine for completing orders.

A 1,800 sqm recreational area will include a multicourt, two minigolf courses, a pingpong table and a barbecue area. The centre will also include an outdoor car park and will be next to a bus terminal, which will make it easier to come to work. The centre is also to be fitted out with several systems to improve its ecological sustainability and is to be certified under BREEAM with a minimum rating of ‘Very Good’.

The centre is next to national road nr 86 (Katowice – Łódź) as well as national road 94 (Wrocław – Kraków), which connects Czeladź directly with Olkusz, where OTCF has had one of its main distribution centres since 2014. The new development is 12 km from the A4 motorway and 15 km from the A1. Katowice International Airport in Pyrzowice is a distance of just 21 km away.