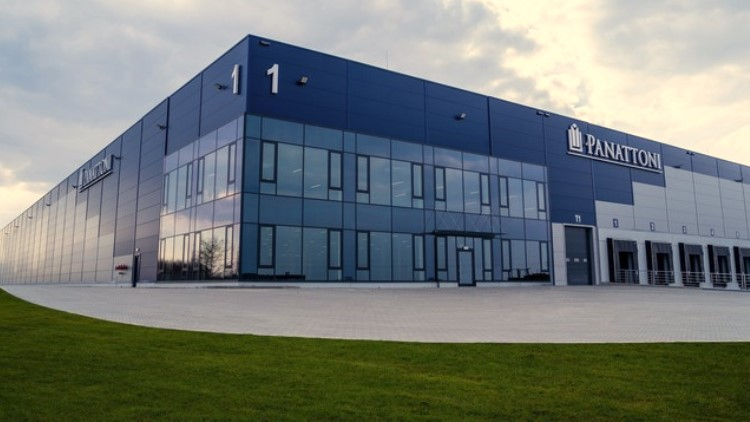 Panattoni has introduced a new façade standard at its parks. The new façade features predominantly aluminium and glass, with a new colour scheme and larger green areas. The makeover is part of the company’s sustainable development approach, which includes reducing CO2 emissions, employee well-being, environmental stewardship, as well as BREEAM certification of newly built facilities with a Very Good rating.


In line with the new concept, building façades will be made predominantly of aluminium and glass in the office and social sections, with larger green buffer zones at the entrance. According to Robert Dobrzycki, CEO Panattoni “The new look of the façade comes with modern and environment-friendly solutions implemented throughout the project. The facilities have enhanced insulation in roofs and walls, as well as building airtightness, which enables Panattoni to reduce emissions of exhaust gases and carbon dioxide and make up to 20 per cent energy savings in heating the facility. Additionally, all newly built projects are provided with numerous modern technologies, including automated electric energy management, minimising water consumption, not to mention the long-standing practice of LED lighting as standard and mandatory BREEAM certification, now at a Very Good rating”.

To date, Panattoni has delivered five parks according to the new approach – Panattoni Park Żory, Panattoni Park Bydgoszcz II, Panattoni Park Toruń, A2 Warsaw Park and City Logistics Łodź II. The next seven, in locations including the Tricity, Częstochowa, Lublin, Warsaw, and Legnica, are nearing completion. Others are in store, along with projects seeking BREEAM Very Good certification.

As part of additional wellbeing measures, by moving parking facilities further from the buildings, green yards were created with environmentally friendly urban furniture. The choice of plants in each buffer zone – apart from the visual aspect – is intended to create a better microclimate for the people in the vicinity, e.g. by reducing the ambient temperature in the summer. The bicycle parking shelters at the parks have also got a makeover, and EV charging stations will now be provided as standard. Depending on land availability and interest from tenants, leisure zones with outdoor gyms can be provided.

The next step in the current makeover of Panattoni projects is to combine the concepts of sustainable development with land stewardship, which in the case of the developer aims at a responsible use of the existing resources. To this end, Panattoni leaves biologically active areas at its parks, increases substitute plantings using non-invasive, domestic species of trees and shrubs, attractive to local birds and insects. In addition, the developer will no longer be landscaping with plants requiring frequent mowing. Manicured lawns are being replaced with environment-friendly flower meadows, which improve water holding capacity, hold soil moisture and help prevent erosion, lower ambient temperature, as well as being one of the main oxygen producers, soaking up carbon dioxide and, last but not least, promoting biodiversity. The latter will also be supported by numerous birdhouses, shelters for invertebrates, and beehives.