Offices in Warsaw return to the new normal 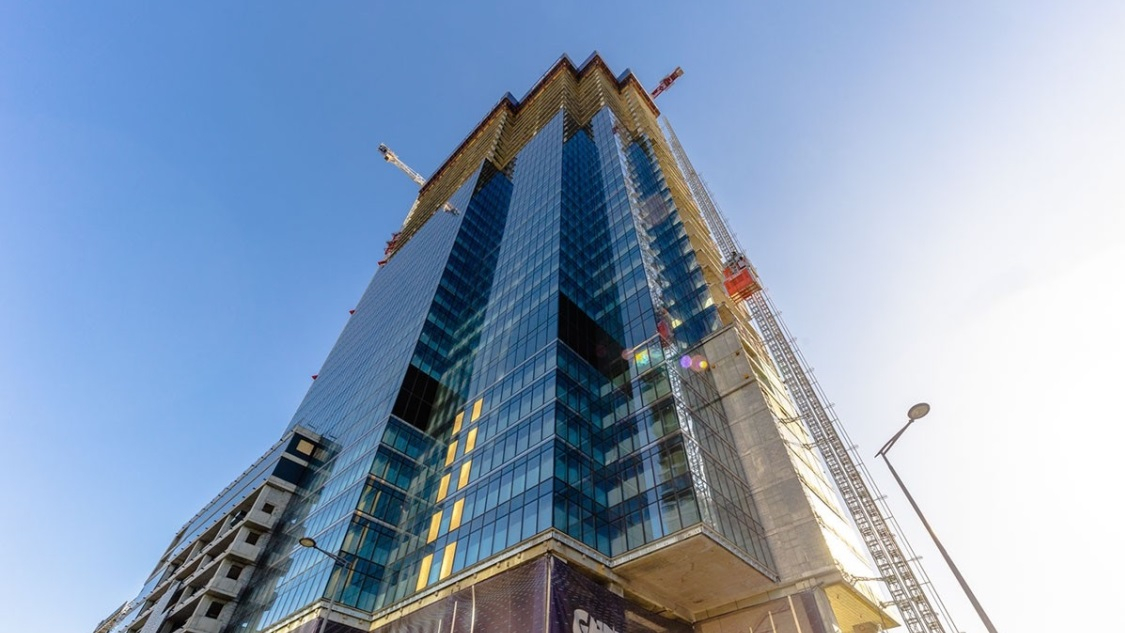 According to JLL data, over the last six months, tenants in Warsaw leased 335,000 sqm of space. This means that the total volume of the first half of the year is 17% lower compared to the same period in 2019.

“The dynamics of the market, which should not come as a surprise to anyone, is definitely different from the one we have known in recent years. It is worth noting, however, that despite fears, in the second quarter demand for office space was much higher than in the first three months of the year. We are observing a revival of office space viewings. Not everyone is able to delay their office decisions any longer, all the more so because large companies have to look for suitable premises well in advance to secure an optimal solution and adequate space. Therefore, despite the high activity of developers, we are still observing a high level of pre-lets for buildings under construction”, comments Anna Młyniec, Head of Office Agency and Tenant Representation, JLL.

The largest lease transactions of H1 2020 include a record-breaking transaction on the Polish market, - a pre-let for 46,500 sqm by PZU in Generation Park Y, a 20,000 sqm sale and leaseback deal by DSV in Mokotów; and a renewal and expansion for 19,800 sqm by Poczta Polska in Domaniewska Office Hub.

It is very important to look at the structure of the take-up from January to June 2020. The two leading districts, responsible for 74% of the total demand, are the City Centre and Mokotów.

“Developers' focus is directed towards the City Centre, where the majority of offices are being built. This activity translates into pre-let transactions. Due to the availability of space under construction and the attractiveness of the location, as much as 87% of such contracts concluded in the first half of the year concerned buildings located in this part of the capital city”, adds Mateusz Polkowski, Head of Research and Consulting, JLL.

Sublets back in favour

Another new trend is the increased supply of office space available to sublease. There are a number of reasons why companies are doing this, and a significant number of them are a result of pre-COVID-19 strategies.

“Some companies offer parts of their office for sublease in order to save additional space they have rented but do not need at the moment. Some organisations are looking at various ways to generate immediate savings but only a few companies want to reduce their office space in the long term. Will we all need less space? What will our offices be like in the future? For most companies, it is much too early to answer these questions. Everyone thinks about it, tests it, analyses it but most of them have declared that their final decision will not be made any earlier than next year. At the moment, the share of sublease space in Warsaw's total stock is about one per cent. What will be crucial is what happens in the second half of the year. Another important trend in Warsaw is the growing interest in flex offices - the need for flexibility is now the common denominator of many decisions taken”, explains Anna Młyniec.

Supply - competition for the best offices is growing

Currently, the total under-construction pipeline includes 710,000 sqm to be completed by the end of 2022.

“As much as 100,000 sqm of space was delivered in Warsaw in the second quarter. What is more, much of the under-construction supply is already very well let - this is approximately 70% of pipeline scheduled for H2 2020, which is an excellent result. Moreover, the total volume of offices under construction is significantly lower than in the first quarter, and developers seem to be more cautious when starting new projects. We may also have to deal with putting back the completion dates of some investments, which may have a positive impact on the balance between supply and demand”, adds Mateusz Polkowski.

The results of the first half of the year illustrate the great interest of investors in office buildings located in Warsaw.

“As many as 15 office transactions worth €746 million in total were concluded in Warsaw. This is the second-best result of H1 in this decade. Investor interest focused on assets located in City Centre West, Służewiec and the Central Business District”, comments Tomasz Puch, Head of Office and Industrial Investment, JLL.

Such vacancy rates result in limited large traditional lease options throughout the city, especially in the centre, and encourage pre-letting activity. Any delays in the completion of new buildings will only amplify the supply constraints in Warsaw.