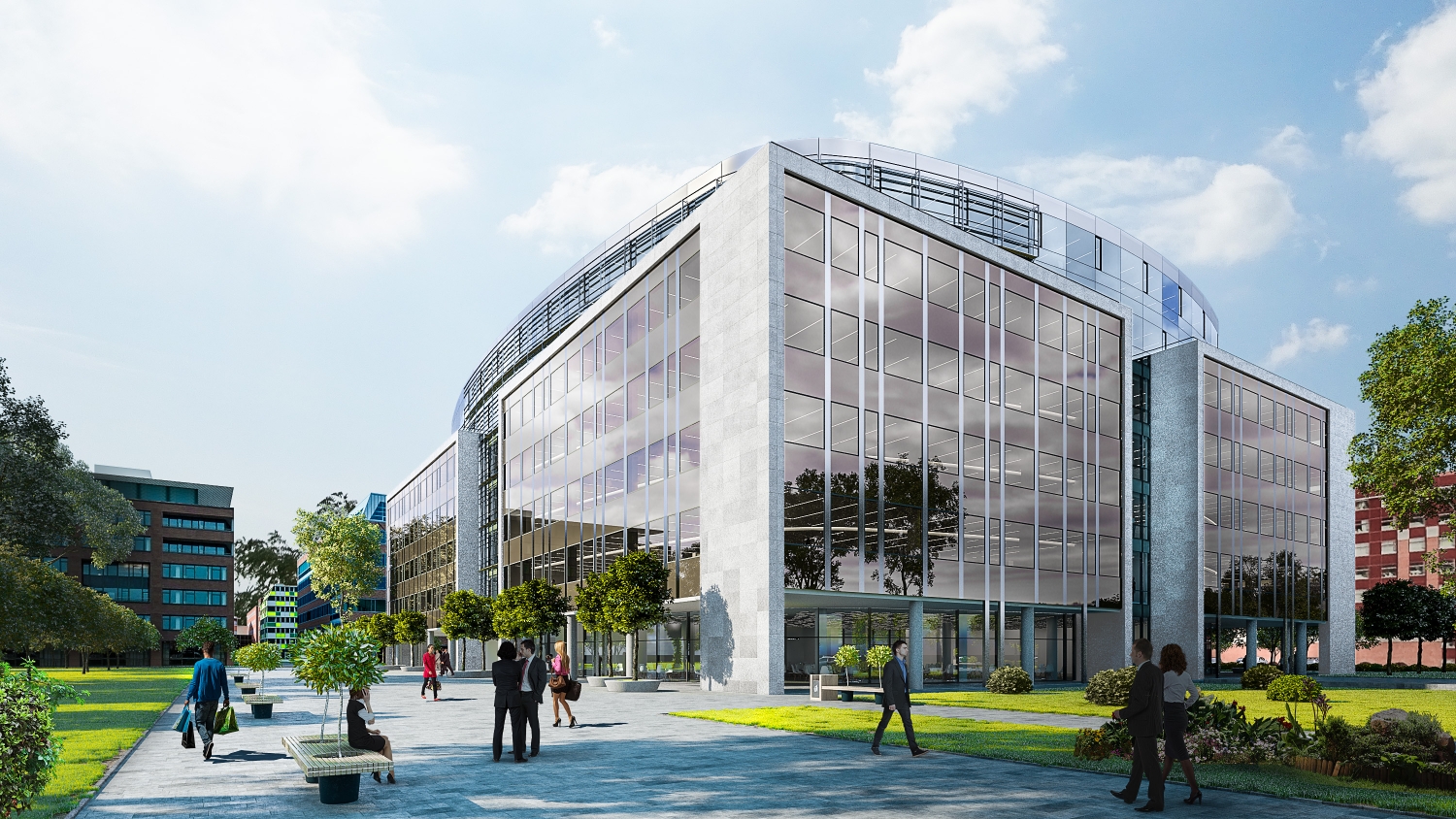 Total demand on the Budapest office market in Q4 2017 reached 144,365 sqm, representing a 13% decrease year-on-year. The office vacancy rate has decreased to 7.5%, the lowest rate on record. The Budapest Research Forum published its latest figures.

Four new office buildings were delivered to the Budapest office market in the fourth quarter of 2017, spanning 67,920 sqm. The first phase of the Hungarian Nobel Park was developed as a single-tenant ‘built-to-suit’ scheme for Ericsson on 24,000 sqm. On the South Buda submarket Office Garden III was handed over with 18,510 sqm office area. The stock of Váci Corridor submarket was increased due to the delivery of Balance Loft (6,500 sqm). 18,910 sqm office area was added to Non-Central Pest submarket with the completion of Skylight City.
The total modern office stock currently adds up to 3,415,550 sqm, consisting of 2,754,595 sqm Class A and B speculative office space as well as 660,950 sqm owner occupied space. A formerly owner-occupied office building was transferred to the speculative stock, moreover an owner-occupied headquarters was excluded from the BRF registry due to its change in profile. 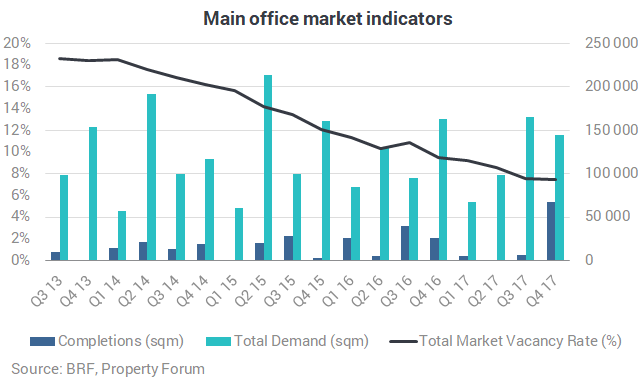 The office vacancy rate has decreased to 7.5%, representing a 0.2 pps reduction quarter-on-quarter - the lowest rate ever recorded on Budapest office market. In line with the preceding quarters, the lowest vacancy rate was measured in the South Buda (3.3%) submarket whereas the Periphery still suffers from an overwhelming 32.2% vacancy rate.
Total demand in the fourth quarter of 2017 reached 144,365 sqm, representing a 13% decrease year-on-year. Renewals accounted for 32.1% of the total leasing activity, while new transactions were represented a 30.9% share. Pre-leases accounted for 22.7%, whereas expansions made up the remaining 10.8%. One owner occupation was registered during the period. 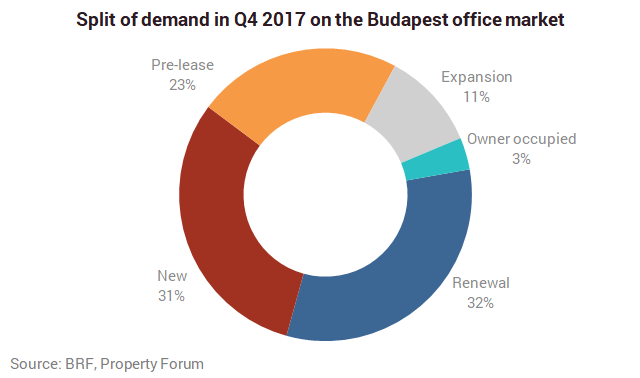 The strongest occupational activity was recorded in the Váci Corridor submarket, attracting almost 30% of the total demand. The Váci Corridor was followed by Non-Central Pest (25.3%) and Central Buda (22.7%) submarkets.
According to the BRF, 169 lease agreements were signed in Q4 2017, with an average deal size of 854 sqm. BRF registered 37 transactions occupying more than 1,000 sqm office area split into 14 renewals, 9 new transactions, 8 pre-leases, 5 expansions and 1 owner-occupation transaction.
The largest transaction during the fourth quarter was a pre-lease agreement in HillSide Offices, where Fundamenta moves into 10,235 sqm. The second largest deal was also a pre-lease on 8,000 sqm in the Promenade Gardens, while the largest new transaction was concluded in Skylight City for 5,980 sqm space.
The net absorption in this quarter amounts to 65,205 sqm.
The Budapest Research Forum (BRF) comprises CBRE, Colliers International, Cushman & Wakefield, Eston International, JLL and Robertson Hungary.