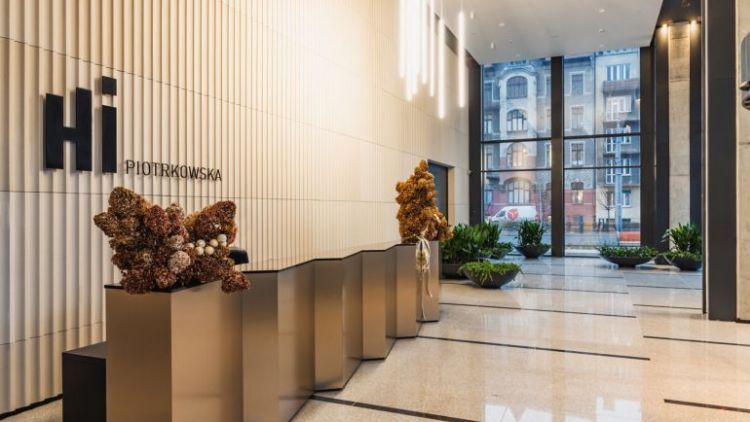 Master Management Group (MMG) has been granted an occupancy permit for its Hi Piotrkowska complex in Łódź. In December the first tenants are gradually to start their operations from the main building. At the same time, MMG has signed further leases including with the Rossmann drugstore and the Łódź-based florist Badylarz.


“We have successfully completed all the formalities for the people of Łódź to be able to use this new public space between our complex and a city administration building and also a square created between the smaller office building and the hotel section. The first office and retail tenants are to open up their doors over December and the first quarter of 2021. Those who are preparing to enter the building include the staff of PKO BP. And we are planning for other firms to be present in Hi Piotrowska,” says Justyna Drużyńska, Director of Office Operations at Master Management Group.

“I’m very glad that this development project that has been eagerly awaited by the people of Łódź has come to an end. The tallest of towers with an amazing view of the city right next to the longest high street in Europe will draw in modern companies from the business service sector,” says Adam Pustelnik, deputy mayor of Łódź.

Hi Piotrkowska includes a total of 21,000 sqm of class A office space as well as a retail and service area of 5,000 sqm. The complex is located in the very heart of the city next to the dual carriageway road of Al. Józefa Piłsudskiego/Al. Adama Mickiewicza, which runs from north-south across the city and assures that the centre is well-connected to the city’s railway stations, airport and access roads and is also well served with recreational and culinary services and the city’s cultural establishments.

“The office, retail and service space is currently being commercialised. We are pleased with the interest shown by business. Currently, we have a further 3,000 sqm of lease contracts for office space under negotiation and enquiries for up to 4,000 sqm. Of course, the entire office market has slowed down because of the pandemic and the limitations placed on business. However, for Hi Piotrowska, we were already seeing a revival in the autumn as well as a growth in interest for leasing space,” says Justyna Drużyńska, Director of Office Operations at Master Management Group. “The range of sectors that have made enquiries with us and New Work is broad and includes law firms, retail operators wishing to expand in central Poland, as well as highly active IT and e-commerce firms, she adds.

As was previously announced a Starbucks café is to appear in the retail and service section of the complex, as well as a Żabka convenience store, a Z Pieca Rodem bakery, a Delikatesy Fabryczne delicatessen, a JustGYM fitness club, a pharmacy and numerous culinary outlets. A Rossmann drugstore and Badylarz, a florist that is well-known in Łódź, have also recently been added to the list of tenants.

“Around 70% of the retail and service units have been leased and we are in serious negotiations with those who would like to take up the remaining space. We are seeing a revival among firms that, due to the restrictions placed on operating in shopping centres are enthusiastic when considering attractive locations on the high street. We are taking care to ensure that we create the best possible tenant mix with services that the people of Łódź will want to use,” says Anna Polak, Head of Leasing at Master Management Group.

The leasing agents for the office space within the complex are CBRE and Knight Frank.

The Hampton by Hilton hotel with 149 rooms and three conference halls will, of course, complete the range of services offered in the complex. Its opening is scheduled for the summer of next year.