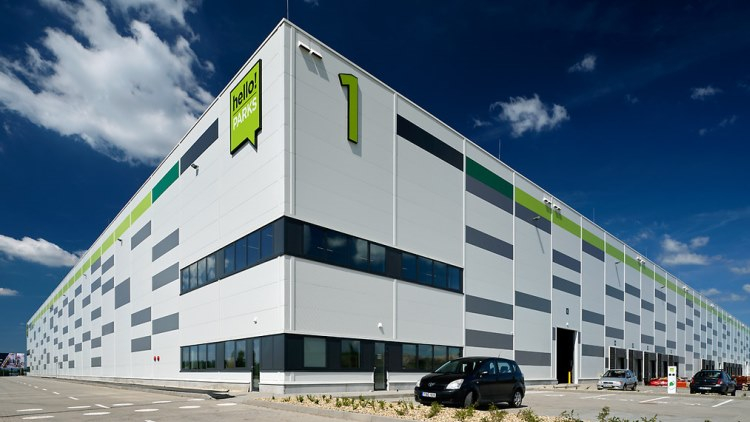 The first two warehouses of industrial real estate developer HelloParks have become 100 percent occupied over a few months. The Maglód and Fót developments, which opened earlier this year, are the first industrial buildings in Hungary to meet the sustainability requirements of the Excellent certificate in the BREEAM New Construction category. In addition to Maglód and Fót, HelloParks’ megapark in Páty is also being developed at full capacity. The nearly two-year-old company plans to deliver two more projects in 2022. As a result, the total gross leasable area offered by the HelloParks megaparks in the county will be increased to 160,000 sqm by the end of this year representing a total investment value of €190 million.


In January, the first 46,000 sqm building of HelloParks Maglód (MG1) received the occupancy permit, which was followed by the handover of the first 46,000 sqm phase of HelloParks Fót (FT1) in June. The Fót hall has reached maximum occupancy in less than 2 months after its handover, therefore both warehouses operate at 100% occupancy rate by now. The facilities are operated by sustainable, smart BMS (Building Management System) and IoT technology solutions. The first building of the Maglód megapark has been chosen by major market players such as FoxPost, Bútor1, Quehenberger, Karzol-Trans and ESDWORK, while the FT1 hall has also been taken by high-profile tenants including HTNS, Expert, K&V and Seojin Auto Hungary.

"There is still a strong market demand for environmentally friendly, energy-efficient and smart industrial and warehouse centres, which is confirmed by the significant demand for HelloParks Maglód and HelloParks Fót. Our projects are being developed at full capacity, which enables our megaparks to meet a wider range of needs and requirements. The upcoming phases, that will be handed over this year, are also going to be ground-breaking in the industry," emphasised Rudolf Nemes, CEO of HelloParks.

Preparations are currently underway for the second 45,000 sqm hall (MG3) at HelloParks Maglód, and it is expected to be ready for occupation in the last quarter of 2022. With the new facility, HelloParks is already aiming to achieve the highest BREEAM New Construction rating, Outstanding, which is achieved by less than 3 percent of buildings worldwide. HelloParks is currently the only developer in Hungary to develop an industrial building in line with the requirements of this rating. The entire Maglód development is planned to be built on a 46-hectare site, with the potential for more than 200,000 sqm of warehouse and industrial space.

Construction work on the next 26,000 sqm hall (FT6), also aiming for BREEAM New Construction Outstanding certification, started in April on the 76-hectare HelloParks Fót site. The building reached structural completion at the beginning of July and the first tenants will be able to move in at the end of the year. This will be HelloParks' first City Flex warehouse, which will have a minimum leasable unit of 1,000 sqm instead of the previous 3,400 sqm. The hall, with drive-in doors on one side as well as docking and ramp drive-in doors on the other, will be better suited to urban logistics, light manufacturing and assembly businesses due to its lower ceiling height and smaller size.

At the same time, the final phase of earthworks, soil stabilisation and bedding preparation is currently underway at the first HelloParks Páty building, but structural works will also start soon. The first building on more than 100 hectares of land in Páty will be 58,000 sqm, and in total 400,000 sqm of gross leasable area will be available for modern warehousing and manufacturing.