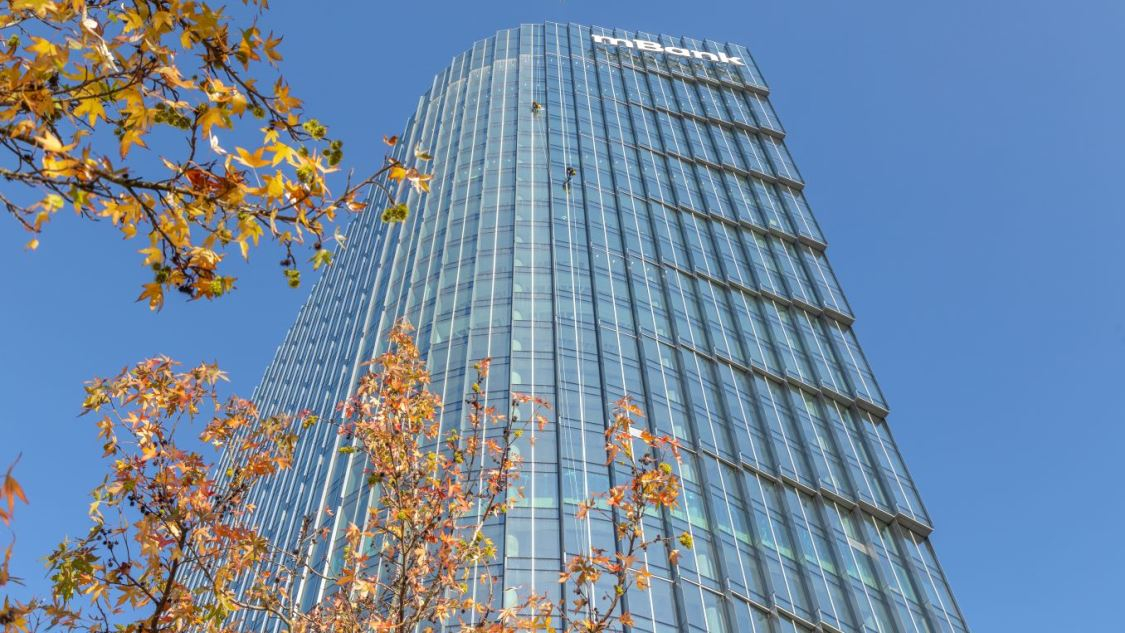 The Mennica Legacy Tower high-rise, located at the junction of Prosta and Żelazna streets in Warsaw’s Wola district, has obtained a valid occupancy permit. The main tenant, mBank, will move into the 140-metre-tall building as early as November.


The main tenant of the 140-metre-tall tower is mBank, which has leased 45,600 sqm for its new headquarters. Apart from the mBank headquarters, the Tower at Mennica Legacy Tower will house the offices of Golub GetHouse and Mennica Polska S.A. The offer is complemented by retail and service spaces: the Meet & Eat restaurant concept and Zdrofit fitness club, which will move into the facility in January 2021.

The public urban spaces surrounding Mennica Legacy Tower contain a passageway planted with carefully selected Liquidambar styraciflua (American sweetgum) trees. Their height is about 8–9 m, and the width of the crown reaches 4 m. As part of the project, a completely new section of ul. Waliców (between Prosta and Pereca streets) was also prepared.

The Mennica Legacy Tower office complex, a joint project of Golub GetHouse and Mennica Polska S.A., with an area of 65,963 sqm, is composed of the 140-metre-tall Tower and the neighbouring 43-metre-tall Western Building, which was delivered in November 2019. Its exclusive office tenant is WeWork. The WeWork offices at Mennica Legacy Tower are the largest “flexible space” to let in the entire CEE region. The retail and service spaces of the building will also house mBank’s flagship branch, a Carrefour minimarket, and a Gorąco Polecam bakery.

The architectural design of Mennica Legacy Tower was delivered by architecture studio Goettsch Partners from Chicago, which chose the esteemed studio Epstein to be its local partner. The project complies with the requirements of BREEAM international environmental certification standards at the Outstanding level. The general contractor of the investment is Warbud S.A.