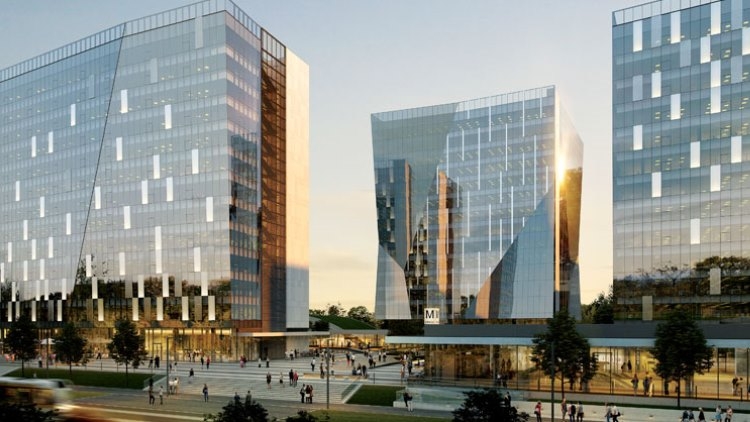 After delivering the first two office buildings of the Globalworth Campus complex in Bucharest, the developer has started the construction of Tower 3, with a total leasable area of 35,000 sqm. Upon completion, Globalworth Campus will comprise three main office towers offering 92,000 sqm of leasable area and 760 parking spaces, along with green areas and a large conference hall.

“Globalworth Campus is a landmark project in our portfolio, a state of the art development, offering both office and retail spaces, along with a series of amenities, and it will be finalized at the end of 2019. At the moment, both of the delivered buildings, Tower 1 and Tower 2, are leasing well and we are in advanced negotiation for the last office building, Tower 3”, stated Ema Iftimie, Head of Leasing.
Tower 1 was delivered in July 2017 and its 29,000 sqm are occupied by Amazon and Honeywell. The second building from the office project, Tower 2, was finalized in April 2018, offering additional 28,000 sqm leased to Stefanini Romania, Mazars Romania, Chain IQ and P4Cards. Also, by the end of next year, the project will also integrate one of Bucharest's largest conference centres, developed to the highest standards in the market. Globalworth Campus is under BREAM certification.
Moreover, Globalworth is working on developing the fourth building in the Green Court complex, which will meet the standards of the existing three, both architecturally and in terms of quality and energy efficiency. The developer also plans to start the construction of Globalworth Square, located in the immediate vicinity of the office complex.