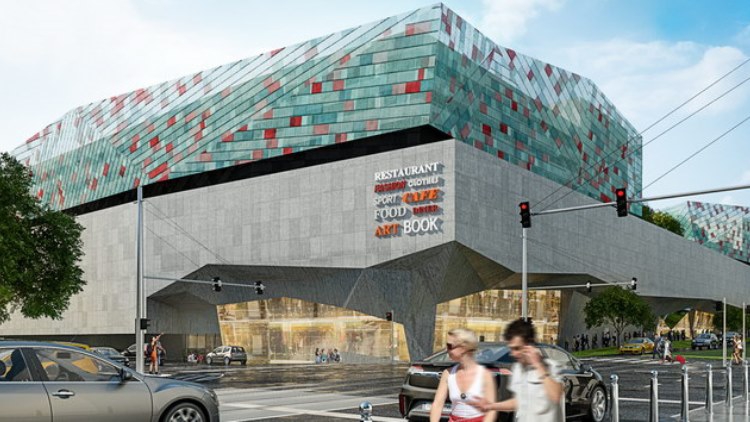 Futureal Group has announced that their latest retail development in Budapest, Etele Plaza is now in negotiations with a number of anchor tenants and they are hoping to confirm the first brands by end of Q1 2017. Located in the south-western part of Budapest, Etele Plaza is expected to attract up to 40,000 shoppers a day. This will be the first large-scale retail development in the Hungarian capital since the opening of Árkád 2 in 2013.

Once finished it is set to be a seven level building with 53, 000 sqm of GLA. Concept-designed by Chapman Taylor, the project's minimalistic and modern design will have the distinctive feature of double-height shop windows for some key retailers, along with three retail floors, a food and beverage court, multiplex cinema, chill-out lounge, a roof terrace and an indoor and outdoor adventure park.

Etele Plaza will be located at one of Budapest's newest and largest public transport hubs, which serves over 165, 000 passengers per day. The complex will also provide a park and ride service, allowing for 2,400 vehicles.
Tibor Tatár, CEO of Futureal Group, said: "Etele Plaza epitomises Futureal's commitment to invest in and develop projects across Central and Eastern Europe. It will be the cornerstone of the whole area's revitalisation and is likely to be the last major shopping centre development in the city due to space constraints."