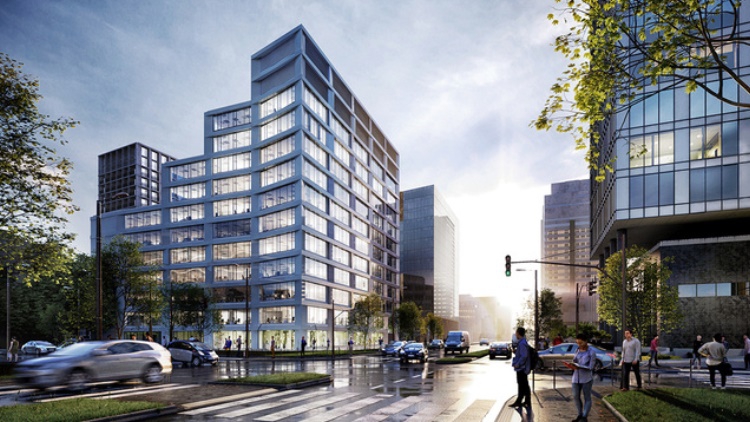 Echo Investment has been granted a permit for the construction of the first office building which is part of the Browary Warszawskie project in the quarter of Grzybowska, Wronia, Chłodna and Krochmalna streets.

The name of the building ‘Offices at the Gate’ refers to a nearby city square under the name of the Brewery Gate. All the names of the office buildings which will be developed within the area of Browary Warszawskie will be inspired by the history of the Haberbusch & Schiele brewery, which was established at this site over 170 years ago.
‘Offices at the Gate’is a building which will offer nearly 13,000 sqm of modern office space as well as 1,100 sqm of services. It will consist of two parts (11 and 7 floors) with a two-storey underground car park for 106 cars. The project also includes 82 parking spaces for bicycles. The work related to the construction of the office building is to be launched in July this year. The work related to the partial construction of the city square under the name of the ‘Brewery Gate’ is to start at the same time. There will be more such public squares – other ones will be developed e.g. in the historical Brewhouse building as well as between residential buildings in the northern part of the plot (the so-called Breakfast Square). Residents, walkers, tourists and employees of the companies which will have their offices here will be able to use an open area of as many as 15,700 sqm, which will make it possible to freely walk around Browary Warszawskie all day and night. The project will also involve the development of new streets, including a completely new section of Krochmalna Street.