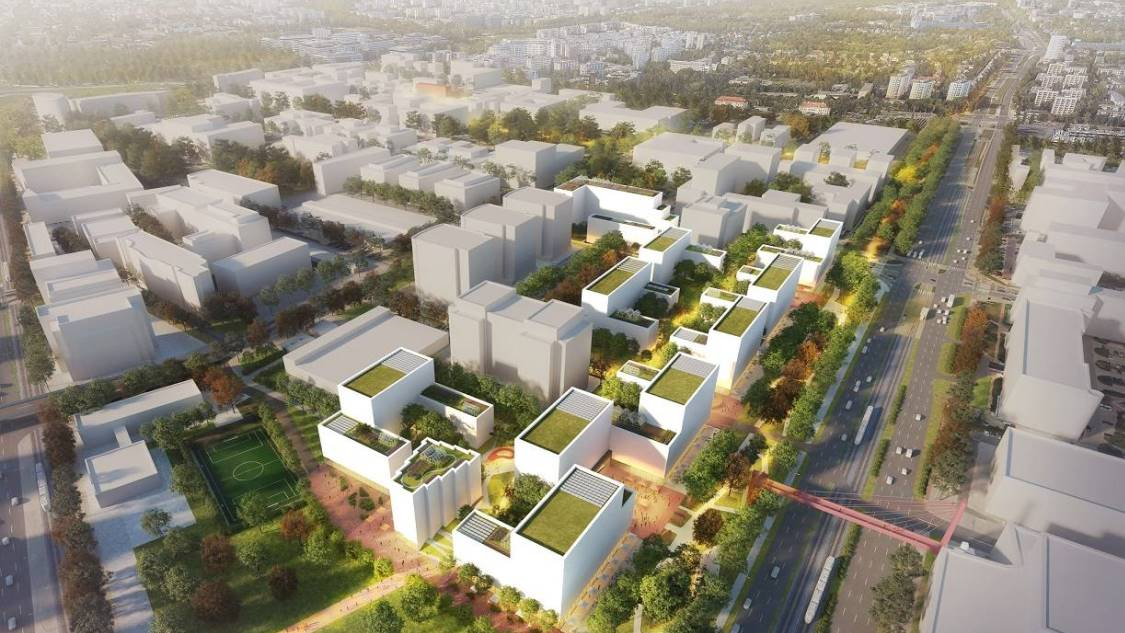 Echo Investment plans to deliver a 1,200-apartment residential project with retail components and social space in Warsaw’s Służewiec district. The plot on which the project will be built is the subject of a preliminary purchase agreement by Echo Investment from Immofinanz. Construction works could start in the middle of next year.


Echo Investment in cooperation with BBGK Architekci created a project that will introduce new functions to the business part of Mokotów: apartments, stores, service points and large social space. In place of two older office buildings and a large reserve of land, an estate will be built with about 1,200 apartments with green space for neighbourhood meetings, as well as paths for bicycles and pedestrians. The project will feature a public linear park along Wołoska Street that could go to Pole Mokotowskie in the future. The developer will also build a school for at least 250 children in the vicinity.

On the plot of about 4.7 ha there will be 7 buildings with about 1,200 thousand apartments for sale and one building with apartments for rent. The buildings will be surrounded by natural and varied greenery which in total will cover as much as 3 ha.

The school for at least 250 children of junior classes will be built by Echo Investment on the plot at Konstruktorska Street. It will be designed by WWAA studio.

Echo Investment's strategy is based on building all-purpose, urban-scale projects. The developer's such flagship projects are the almost finished Warsaw Brewery and Fuzja in Łódź, which is currently under construction.