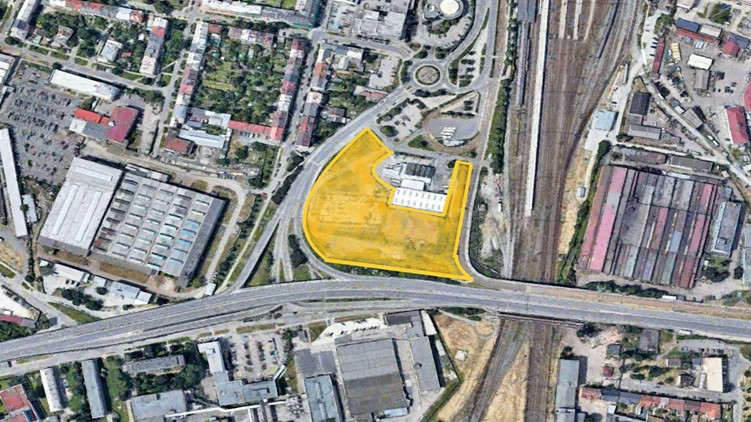 Investment group DRFG has acquired land near the main railway station in Olomouc (the eastern province of Moravia in the Czech Republic) in March this year and plans to build flats and commercial premises there. It plans to build a multifunctional residential complex with retail space and offices on this brownfield site with a total market value of CZK 2.6 billion and an area of 43,000 sqm by 2025. The architectural design of the complex is currently being finalised. DRFG Group informed about its new acquisition and construction plans in a press release today.


The multifunctional complex Complex City of the DRFG investment group is expected to include approximately 450 apartments, office space and 12,000 sqm of retail space with a market value of over CZK 2.6 billion over the next three years. All this is on the territory of a previously unused brownfield site. "The complex will offer a total of 43,000 sqm of space divided into several buildings. It is strategically located not only within the transport infrastructure, but also near major roads and railways," says Josef Šilhánek, director of DRFG Real Estate, about the location of the complex.

"The project is also of great importance for the city of Olomouc because it will offer modern office space and housing with excellent transport accessibility in a part of the city that has been neglected for years, where it will be naturally connected to the existing infrastructure and will thus have full-fledged civic amenities," says Šilhánek on the use of the brownfield site. Thanks to the project's location and sufficient parking space in the basement, several potential tenants have already expressed interest in the office space.

"At the moment, an architectural study is being completed and a simultaneous tender for a construction company is underway. Of course, the project, like our other development projects, will meet high ESG standards," adds Šilhánek about the current trend in the development market.

DRFG is involved in development projects such as the Spojovací Residence in Prague's Vysočany, a project of energy-efficient family houses near the golf course in Kunětická hora, or an investment partnership in the Rezidence Na Mariánské cesta project in Brandýs nad Labem in cooperation with Domoplan. It has also successfully built a logistics park in Týniště nad Orlicí and is currently involved in the construction of several logistics parks in Poland.