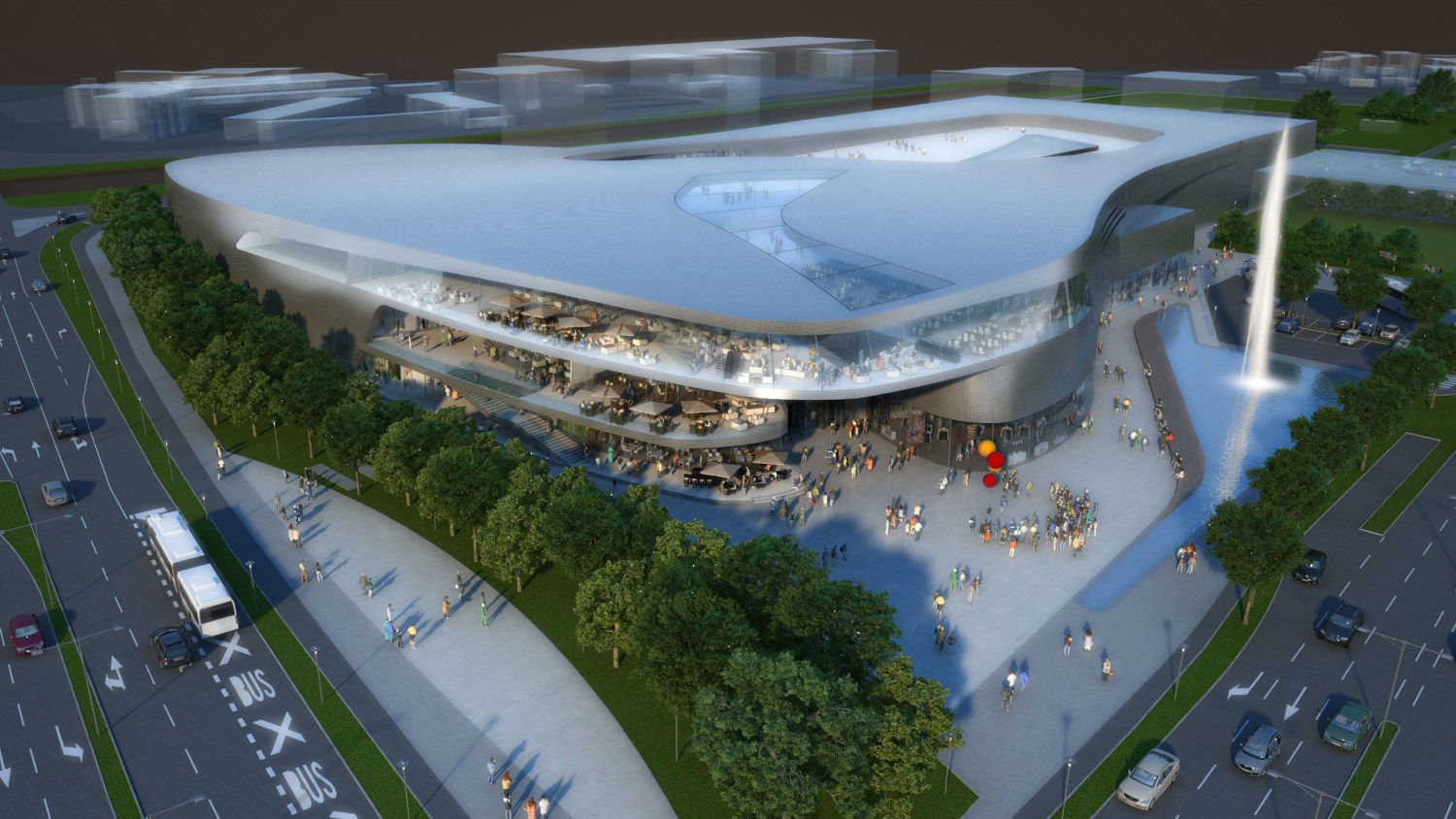 "The aggregate value of the investment involving several different investors is estimated at €150 million", said Marcus Wild, CEO of SES Spar European Shopping Centers, which will manage and own the newest shopping centre in Slovenia. This will grow in Šiška, the most densely populated district of Ljubljana, by the autumn of 2019. The construction work is already starting in June 2017.

"We waited for the building permit for more than five and a half years, precisely for as many as 1954 days. The application for a building permit had to be supplemented by 216 different documents”, said Toni Pugelj, manager of the Šiška project. He added that the structure would be constructed by 1000 to 1500 people, while its opening would bring about 700 new jobs. The construction of the transport and municipal infrastructure will begin in the following months, while the works on the structure will be carried out in the last quarter of this year. The Šiška shopping centre, located directly by the northern section of the ring road of Ljubljana, will consist of 32,000 square metres of rentable areas with about 90 shops and 1600 parking spaces.
SES currently manages 30 shopping centres in six countries of Central, Southern and Eastern Europe.