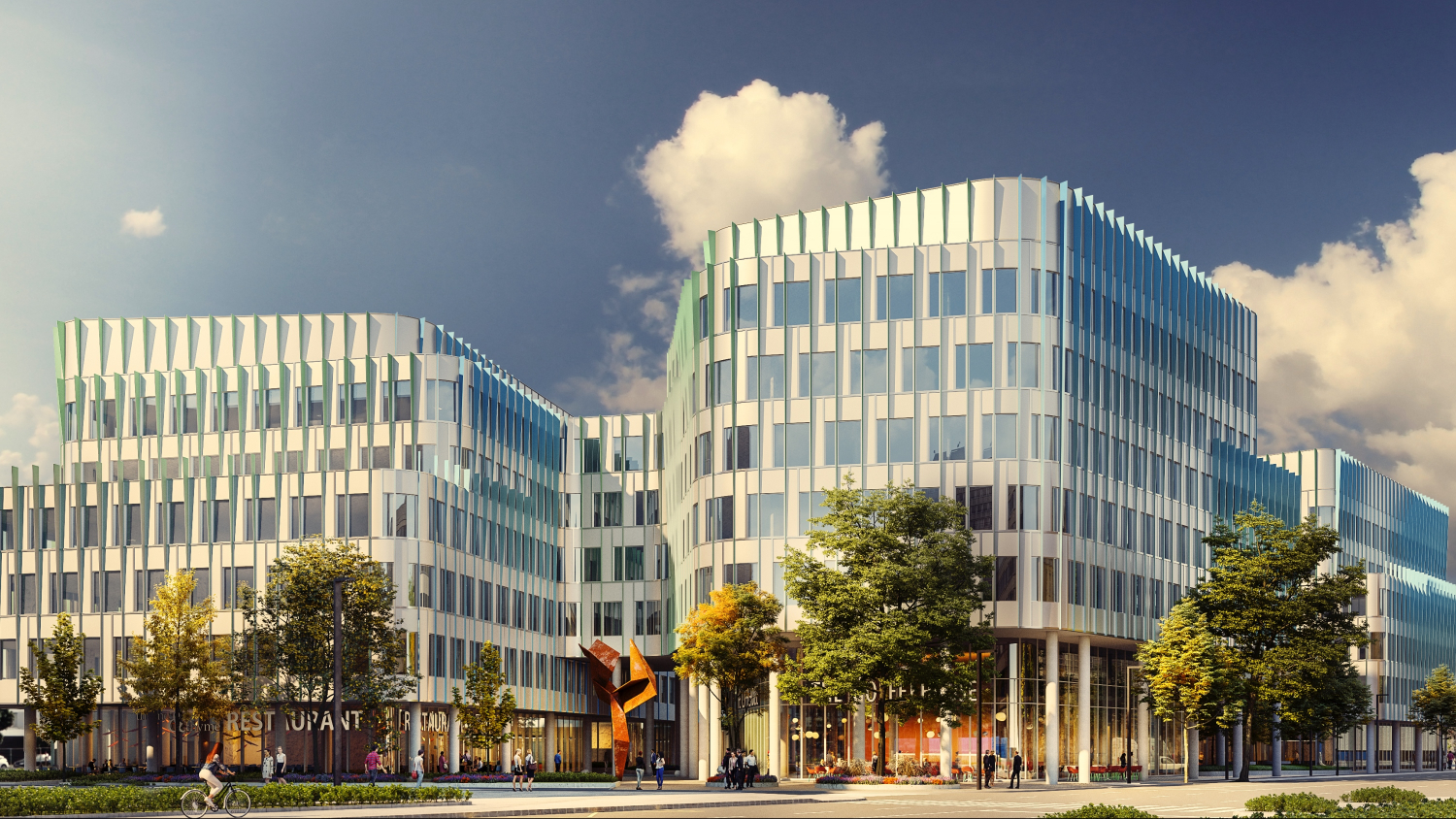 Total demand on the Budapest office market in Q4 2019 reached 202,510 sqm, representing an 18% increase from the corresponding period in 2018, according to BRF’s latest figures. The vacancy rate has decreased to a record low of 5.6%, representing another 0.3 pps reduction quarter-on-quarter.


There were two office buildings delivered to the Budapest office market in the fourth quarter of 2019: the first phase of Bartók Udvar 2 (8,200 sqm in the South Buda submarket) as well as the latest addition to the Balance office park in Váci Corridor, Balance Hall (16,100 sqm). The total modern office stock currently adds up to 3,687,620 sqm, consisting of 3,083,050 sqm Class A and B speculative office space, as well as 604,570 sqm owner-occupied space.

The office vacancy rate has decreased to a record low of 5.6% across the Budapest office market, representing another 0.3 pps reduction quarter-on-quarter. The lowest vacancy rate was measured in the Non-Central Pest submarket (1.4%), whereas the Periphery still suffers from an overwhelming 34.5% vacancy rate. The only submarkets to register increases in their vacancy rate were Central Buda and the Periphery, while the remainder all saw their rates decline or remain stable.

Total demand in the fourth quarter of 2019 reached 202,510 sqm, representing an 18% increase from the corresponding period in 2018. Renewals accounted for 44.5% of the total leasing activity, followed by pre-leases with an exceptionally high share of 31.1%, while new leases stood for 18.6% and expansions for 5.8%. Total leasing demand throughout 2019 amounted to 637,120 sqm, which is the highest annual volume on record.

The strongest occupational activity was recorded in the Váci Corridor submarket, attracting 46% of the total demand. This was followed by Non-Central Pest and Central Buda, with a share of 18% and 12% of total demand, respectively.

According to BRF, a total of 170 lease agreements were signed in Q4 2019. As a result of several large transactions, the average deal size was 1,191 sqm, which is 41% higher year-on-year but 12% lower than in the preceding quarter. BRF registered 13 transactions larger than 3,000 sqm, made up of 1 new lease agreement, 5 pre-leases in ongoing developments and 7 lease renewals.

Four of the five largest transactions were signed in the Váci Corridor submarket, while one was in South Buda. These transactions were pre-leases and renewals, amounting to 64,100 sqm altogether. Overall, the uptick in pre-lease activity has once again led to a decline in the share of renewals.

The quarter saw the largest pre-lease agreement on record within an ongoing development, in the form of ExxonMobil’s lease of all office space (27,330 sqm) in the Pillar in the Váci Corridor submarket. The largest renewal was signed for 9,240 sqm in Bartók Ház in Central Buda, while the largest new lease was signed for 4,780 sqm in Hungária Center in Non-Central Pest. The largest expansion agreement came for 2,470 sqm in Vision Towers in Váci Corridor.