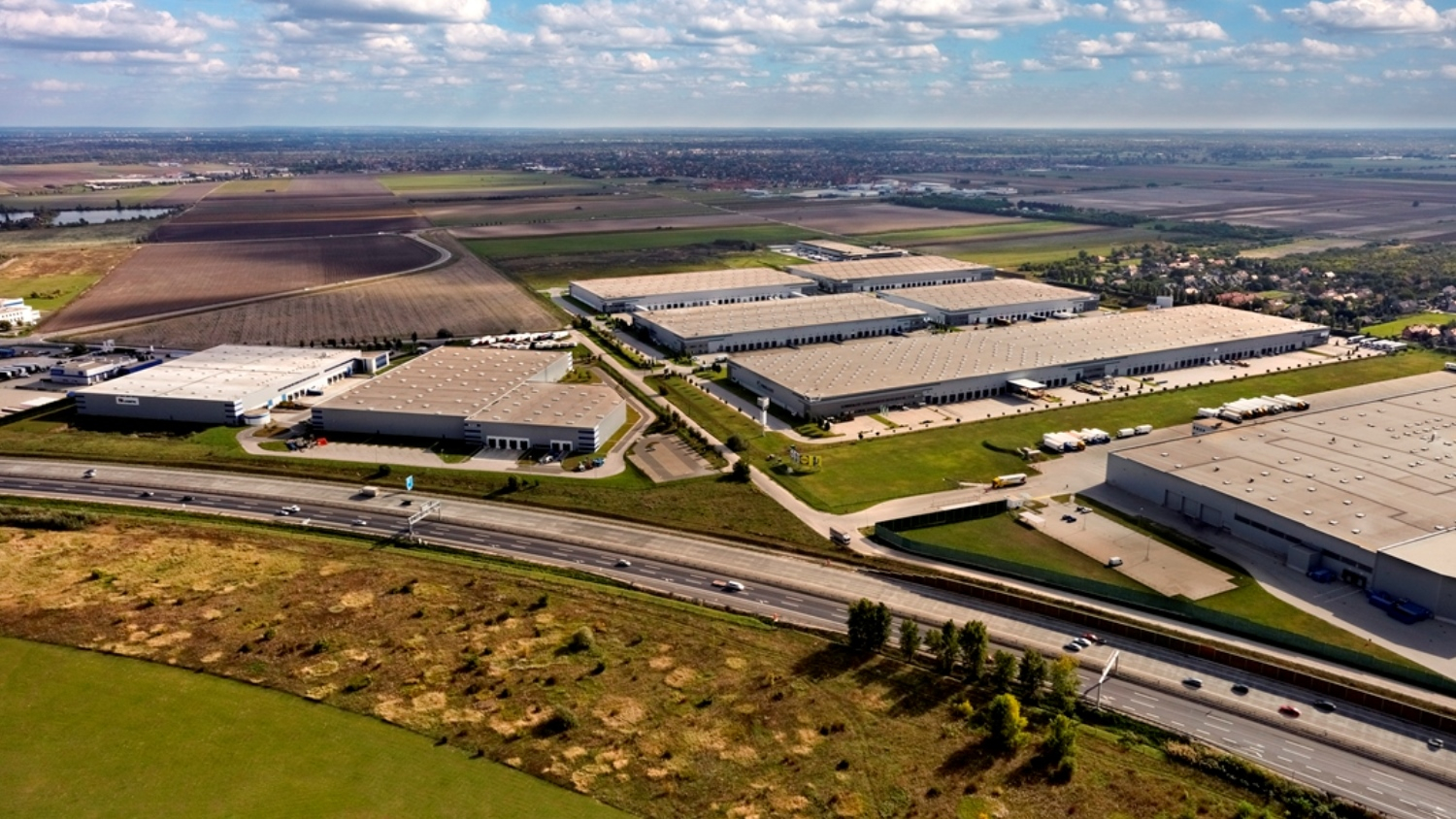 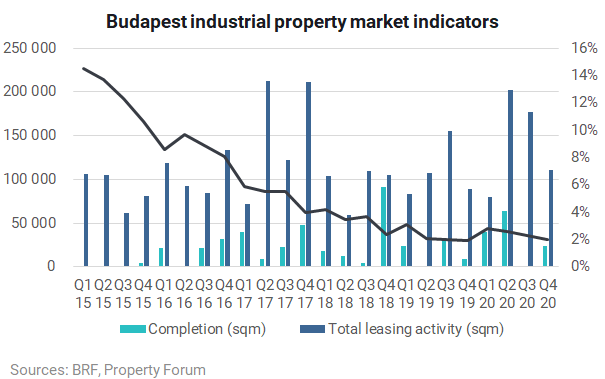 Total demand amounted to 110,260 sqm in Q4 2020, which was 25% higher than in the corresponding period of the previous year. New relocation leases in the existing stock stood for 46% of total leasing activity, while expansions of existing premises amounted to 6%. The quarter saw no pre-leases, hence the quarterly take-up totalled 57,520 sqm. The remaining 48% of total demand during the quarter was made up of renewals. Total leasing activity throughout 2020 amounted to 537,900 sqm, marking a 29% increase from the previous year and the second-highest annual volume on record.

20 leasing transactions were recorded in Q4 2020, three of which were signed for more than 10,000 sqm. The average lease size continued to decrease to a more normalized level at 5,510 sqm during the quarter. The larger deals, which exceeded the average, were evenly split between new leases and renewals. The vast majority of leases were still signed in big-box logistics parks; the city-logistics stock registered only three agreements.

The three largest deals during the quarter included a 23,370 sqm new lease in CTPark Budapest East in Üllő, a 15,940 sqm renewal in Prologis Park Budapest - Sziget in Szigetszentmiklós and another new lease for 13,050 sqm in Euro-Business Park in Budaörs.

The vacancy rate at the end of Q4 2020 stood at 2.0%, down by 0.3pp from the previous quarter but up by a marginal 0.1pp from a year earlier. At the end of the year, a total of 48,000 sqm logistics stock stood vacant and there was only one existing building with more than 5,000 sqm of available warehouse space.