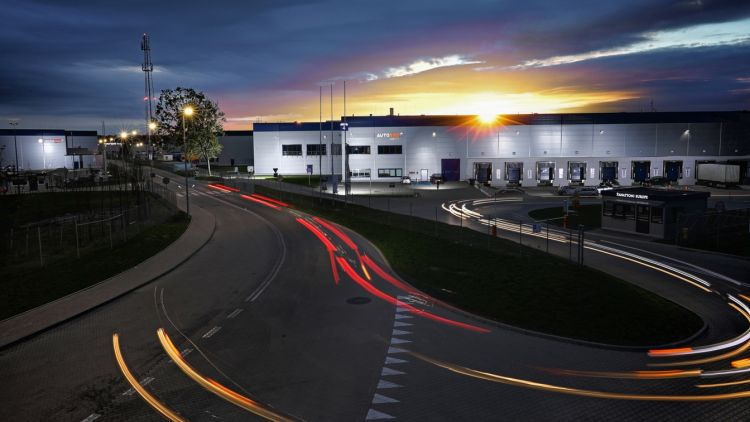 The construction of the last hall of the biggest industrial park in Poland in which Accolade invested has begun. With 229,000 sqm of 100% leased GLA, Park Szczecin is one of the biggest multi-let parks in the country and will be fully completed in early 2022. From the very beginning, AUTODOC Logistics – Polish branch of the international AUTODOC Group, one of the leading players in the automotive aftermarket – has been growing together with Accolade and Szczecin Park and successfully expanding. With the fourth hall and a total leased space of 74,100 sqm, AUTODOC is now one of the largest tenants in the Polish part of Accolade’s portfolio.


AUTODOC is a leading online retailer of auto parts in Europe, with its headquarters in Berlin. Thanks to its successful expansion, AUTODOC is now active in 26 European countries in addition to Germany. In Park Szczecin, AUTODOC rents four halls with a total area of 74,100 sqm. The fulfilment centre now employs close to 2.000 people, which ranks the company among the major employers in the region.

“We are always happy to see our tenants developing together with us. AUTODOC is a great example, it is successfully growing and expanding into other markets, with the reassurance of a modern industrial base in Park Szczecin. What better way to finish the park than with a deal of over 40,000 GLA and a 10-year lease?”, says Michal Bialas, Country Head, Poland.

“It´s great news that we will get additional 40.000 sqm for our dynamic growth. More space means: more flexibility, higher speed, and more in proximity to our customers in Europe”, says Christian Gisy Co-CEO of AUTODOC.

“AUTODOC took the conscious decision to further develop within Park Szczecin. The new AUTODOC warehouse is planned to be opened in 2022 and will create around 1,000 new jobs”, says Emilia Wąsowska, General Manager of Autodoc Logistics.

Park Szczecin is a brownfield investment and offers 229,000 sqm of modern industrial space suitable for light production, logistics and e-commerce. It is a multi-phase warehouse complex created on grounds with a total area over ​​46 ha. Thanks to its location, Park Szczecin plays an extremely important role in the economic development of north-western Poland, as well as for the country as a whole. It is located 15 minutes from Świnoujście, the seaport of Szczecin. With its turnover of over 23 million tonnes of goods per year, the port is one of the largest in the Baltic Sea region. Park Szczecin is BREEAM certified, as Accolade has been pioneering an environmentally friendly approach to its business for many years.

“We are one of the biggest investors in terms of modern infrastructure for business in the Szczecin region, with investment of nearly €190 million over the last five years. We want to be a long-term partner of the city and the entire region. With our investment in smart and environmentally friendly industrial buildings, which have replaced the former war-time factory producing Engines for Junkers Aircraft and given the area new life, we’ve brought many world-class brands to the region, and together with them, we’ve contributed to the creation of 4,000 new jobs. Our goal is to support further development towards modernity and sustainability in the Szczecin region and to be a responsible member of the community”, says Milan Kratina, CEO of Accolade.