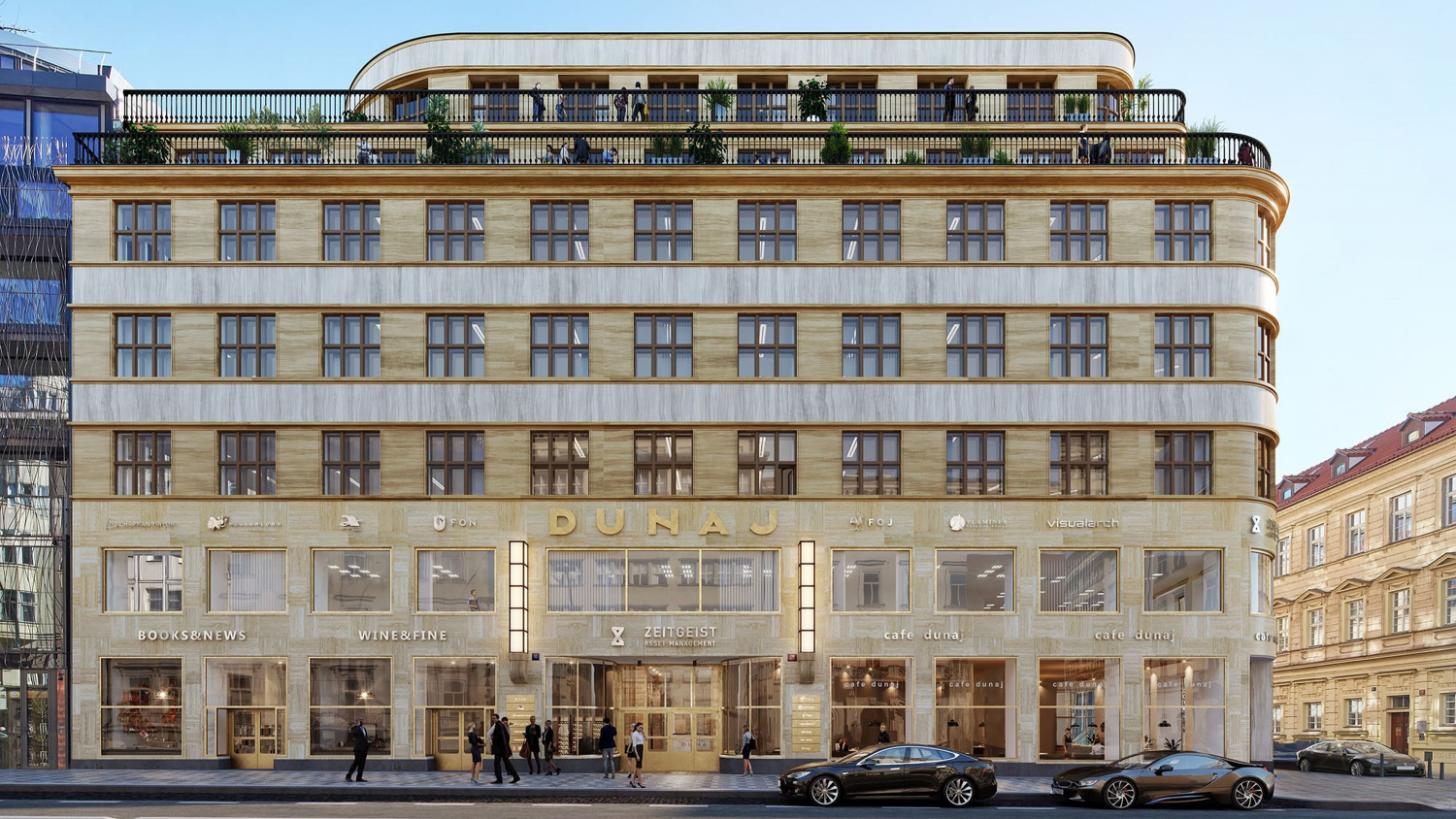 Zeitgeist Asset Management continues the complete reconstruction of the almost 100-year-old Dunaj Palace on Národní třída in the centre of Prague. The aim is to return the building to its original splendour and refinement from the 1920s. According to the developer, the spirit of the time in which the building was built will be preserved, but the building will be equipped with the most modern technologies of today. The developer announced that the building will be ready for occupation at the end of 2023.


The 1930s Prague constructivist building of Palác Dunaj is approaching the completion of the rough construction during the current renovation and is heading towards the completion of the building, scheduled for the end of 2023. After the renovation, the building will provide premium office space with a total area of more than 6,700 sqm, as well as 2,000 sqm dedicated to retail units and services. International architectural firm Chapman Taylor is behind the refurbishment design, with Geosan Group as the general contractor and Zeitgeist Asset Management as the developer. Cushman & Wakefield is leasing the space. MullenLowe Prague is responsible for the visual identity of the building, design and marketing.

Palác Dunaj at the corner of Národní and Voršilská Streets is located on the territory of the Prague Monument Reserve, a UNESCO World Heritage Site, in the place where significant historical events of the Czech Republic took place. Formerly there was the classical Wallis Palace, which was demolished in 1928. In its place, two years later, the six-storey Palace of the Danube was built in the Constructivist style for the Austrian insurance company Donau as one of the most progressive buildings by the renowned German architect Adolf Foehr, a student of Jan Kotěra.

"Our aim is to return the Danube Palace to its First Republic elegance and style - also with regard to the exceptional location of the National Avenue, which has literally been through history. The expectations of the conservation authorities were therefore very much in line with our own approach to the project. For us, preserving the historic, refined Genius Loci of the Danube Palace means, among other things, that we will retain the original luxurious flooring or refurbish the roof structure in the reception atrium with new milky glazing," says Peter Noack, CEO of Zeitgeist Asset Management. As in the First Republic, the Danube Palace will provide mainly office space. These will occupy the upper floors, including the top one. The ground floor of the palace will be reserved for a predominantly retail function. Parking inside the building will be provided by an automatic parking system in the basement, while the elevator also provides for larger types of cars. The building will also include a bicycle shed for cyclists. As part of the reconstruction, Palác Dunaj will be raised by one floor.