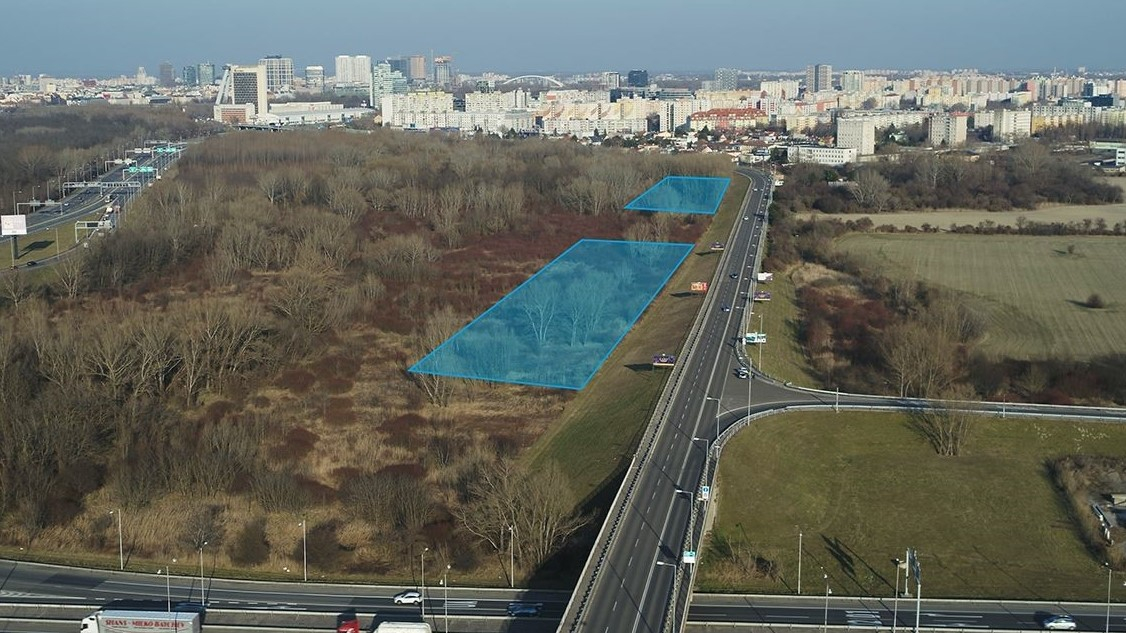 YIT Slovakia has announced an international urban planning and architectural competition for the transformation of the area along Viedenská cesta (Vienna Road) in Bratislava into quality housing. The sensitive transformation of the site in the distant neighbourhood of the former "Pečnianský rameno" is to be carried out with an emphasis on ecological forms of housing and with respect for the existing environment. 6 renowned studios from 4 countries were invited to participate in the competition, YIT Slovakia informed.


The developer plans to place more than 500 high-quality apartments, including the necessary amenities, on a 3.4 ha site in Bratislava and to create synergy with the revitalised greenery of the wider surroundings of the development. The vision of the owner and promoter of this competition is primarily a sensitive transformation of this unmaintained area, which is to be based on the context of the wider landscape environment. The brief was preceded by dendrological, acoustic, geological and hydrogeological assessments, which defined the decisive criteria for the participating studios. This is the developer's third competition announced by the current regulations of the Slovak Chamber of Architects (SKA).

"We aim to bring quality and innovative architecture to the area, offering diverse forms of housing as well as accompanying activities. We place great emphasis on the fact that the proposed landscape architecture and furnishing elements will mainly develop the recreational function of the public spaces and bring technological solutions for achieving CO2 neutrality - including wood buildings or the possibilities of affordable and sustainable forms of transport that the location of Viedenska cesta" within an accessible distance from the city centre offers," explains Milan Murcko, CEO of YIT Slovakia.

A total of six studios from Slovakia, the Czech Republic, Finland and Denmark have been invited to take part in the competition, the results of which are expected to be announced at the end of this summer. The Slovak studios Pantograph and What architects, the Czech studios Chybik Kristof and Pavel Hnilička architects and planners, and two studios from Scandinavia: the Danish Adept architects and INARO from Finland have confirmed their participation. The winning design will be decided by a 5-member expert jury composed of renowned experts in the field of architecture and urban planning, including representatives of the City Hall of the Capital City of Prague. Bratislava, the Bratislava-Petržalka Municipal District, a member of the Board of Directors of the Slovak Chamber of Architects and representatives of the investor.

The now homogeneous territory was an archipelago in the 18th century. In 1771, Empress Maria Theresa built the Vienna Road, which was also a flood barrier for the settlers and still serves this purpose to this day. The "Pečnianské rameno" dried up sometime in the late 1980s, also in connection with the construction of the Lanfranconi Bridge and the construction of the Petržalka district, due to the backfilling with construction rubble from this construction.