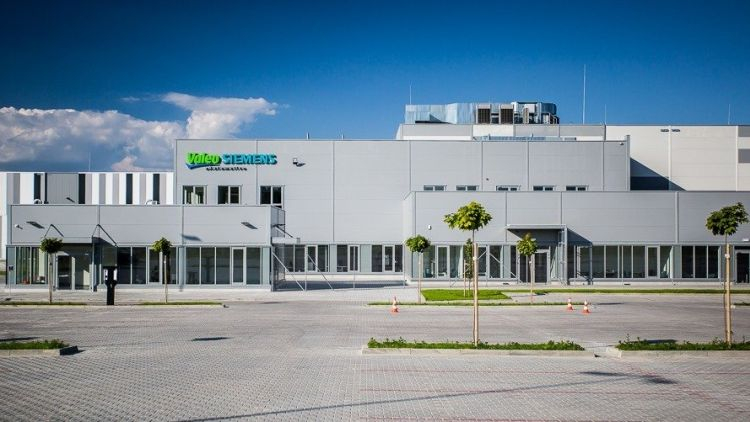 Valeo Siemens eAutomotive, a supplier of motors and other technologies for electric and hybrid vehicles, has opened a factory in the 7R Park Beskid II logistics park in Czechowice-Dziedzice, Poland. The facility, with office and laboratory space, occupies about 33,000 sqm.


The production hall for Valeo Siemens eAutomotive is one of five buildings planned in the 7R Park Beskid II complex. The facility has been developed in the BTS (Build-to-Suit) formula according to Valeo Siemens eAutomotive’s specification and provides many amenities for the tenant's employees. As per the client’s request, the building’s office section has a green roof with recreational terraces which create a comfortable place for relaxation. A parking lot with electric vehicle charging stations as well as bus stops are located adjacent to the production hall. The new production plant, laboratory and office will ultimately employ almost 500 people.

The entire 7R Park Beskid II investment  will receive a BREEAM "Very Good" certificate. The developer has rebuilt a section of the S1 expressway to enable quick exiting from the investment site in both directions. There are also plans to build a footbridge, which will be of great value to both employees and local residents.

"There were two major challenges for the realization of this project. Firstly, the functional connection of the office section, located on the first floor, with the production part. Secondly, the preparation of the production area for a number of requirements of the technological process according to the standards of the client's  requirements, including glass walls that allow for the constant supervision of the production lines. This solution required us to take an unconventional approach - it was necessary to provide the tenant with a specific level of functionality and fire safety standards. Valeo Siemens eAutomotive stressed that apart from the large number of adjustments to the building, such as ensuring large power supply, compressed air installations, bus bars, ventilation and organizing permanent workstations, another priority was also the very comfortable working environment for the  Valeo Siemens eAutomotive’employed in the facility. The entire hall is designed to accommodate the future development needs of Valeo Siemens eAutomotive", says Maciej Krawiecki, Head of Leasing at 7R.

7R Park Beskid II is one of 7R’s latest projects and is a continuation of the company’s strategy of warehouse infrastructure development in the Silesian region. 7R’s first project in the region, 7R Park Beskid I, was launched in Czechowice-Dziedzice in 2018. The 7R Park Beskid II investment will consist of five buildings with a total lease area of nearly 90,300 sqm.

"When we built our first warehouse park in Beskidy, we knew that this area had great investment potential. An excellent location, proximity to the largest cities of the Silesian agglomeration, border crossings with the Czech Republic and Slovakia as well as a very well developed road infrastructure are certainly significant advantages of this area. Silesia is becoming an increasingly innovation-oriented region, attracting such renowned tenants as Valeo Siemens eAutomotive. Our client occupies one of the five buildings in Park Beskid II, where a modern technological line has been constructed. Further halls which are already pre-leased are also under construction", adds Ryszard Gretkowski, Vice-Chairman of the Board at 7R.

The general contractor of the investment is Kajima Polska.