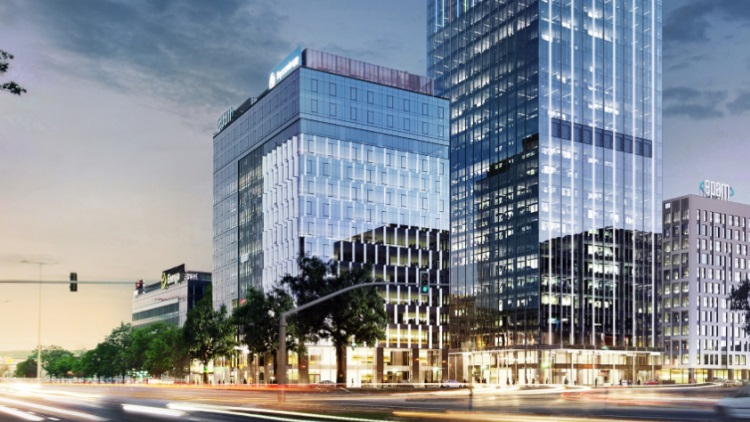 According to consulting company Walter Herz, the consistently expanding office market of Tri-City has the lowest vacancy rate in Poland currently and the office stock of the Tri-City agglomeration will exceed 1 million sqm after the construction of the ongoing investments is completed.


The Tri-City market, which is one of the fastest-growing regional centres in Poland, today has almost 870 thousand sqm of office space. The facilities are very modern, as most of the offices in the Tri-City were built just a few years ago.

“For over a year, the amount of vacant office space on the Tri-City market has been at the lowest level in the country, not exceeding 6%. This proves the great potential of this location, especially if we take into account the recent dynamics of this market's development. There are a dozen or so office investments in the Tri-City under construction and at the stage of preparation for construction, which in the next 36 months will bring almost 150 thousand sqm of modern space,” says Mateusz Strzelecki, Partner at Walter Herz.

The largest projects completed this year in the Tri-City include, among others, two office buildings in Gdańsk, which provide 25 thousand sqm of offices each: that is Olivia Prime B building in the Olivia Business Center complex and Wave office building by Skanska.

Investments in the post-shipyard area

Most of the Tri-City office investments are being built at one of the main traffic arteries in Gdańsk - al. Grunwaldzka street and in the central part of the city in the so-called Młode Miasto. In this area, Cavatina is currently developing the first stage of Palio Office Park office complex, and Inopa is developing C300 office building.

In the post-shipyard area of Młode Miasto in Gdańsk, right next to the European Solidarity Center and the historic Health and Safety Hall of the Gdańsk Shipyard, the multifunctional investment of DOKI is also at the beginning of construction. The project involves the construction of two office buildings with a total lease area of 37,000 sqm, as well as over 1 000 apartments and several dozen commercial premises. As part of the project, the historic assembly building of Montownia, located in the heart of the new district will also be restored, with serviced lofts, a food hall and conference rooms.

At Stocznia Cesarska shipyard in Gdańsk, the historic management building is currently under renovation, which will assume an office function, offering 4,000 sqm of space.

In addition, Torus is constructing Format office building with 16,000 sqm at Droszyńskiego street in Gdańsk. It is to be completed in the second quarter of the next year. Around the same time, the investor is also planning to commission an office building with 7,300 sqm of leaseable area, which is being built in the second stage of Officyna investment located at al. Grunwaldzka street.

In the second quarter of next year, the first of the seven office buildings to be erected at the Gdańsk Airport is to be completed. The cornerstone has recently been laid for Alpha building, which will provide 8,500 sqm of office space. This project will become the first office centre in Poland to be located at an airport.

Moreover, there is a concept for the development of the PKS railway area at 3 Maja Street in Gdańsk. A city square with greenery and a new office building and hotel is to be built in its place. Whereas the station and bus platforms would be moved underground to level -1.

In Gdynia, which has less than a fifth of Tri-City office resources, the largest of the currently implemented projects is 3T Office Park office complex with approx. 38,000 sqm of space, which is located at Łużycka street.

The demand for Tri-City offices is not dropping

According to Walter Herz, the absorptive capacity of the Tri-City office market in the last three years amounted to an average of 100,000 sqm a year. In the first half of this year, this level of absorption has been maintained. Over 50,000 sqm of office space was delivered to tenants in the Tri-City.

“Most contracts were concluded by companies from the transport and banking sectors. The Tri-City with over a million people is also still attractive for companies from the segment of modern business services and new technologies. Investments in port infrastructure also attract companies related to the trade of goods by sea, using a maritime transhipment hub,” informs Martyna Markiewicz, Senior Leading Negotiator, Regional Coordinator at Walter Herz. “Due to the current epidemiological situation, apart from new transactions, in recent weeks we have also had to deal with a large number of renegotiations of lease agreements that are coming to an end. A lot of tenants obliged by longer contracts also expressed their willingness to sublet some space. However, it is a trend noticeable throughout the country, not only on the Tri-City market.”