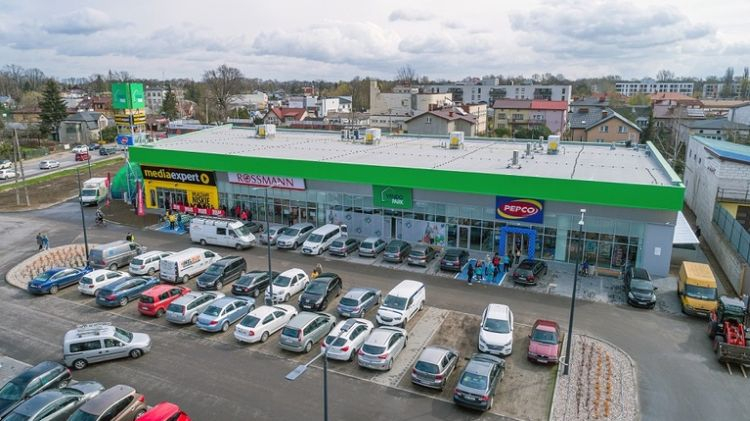 Trei Real Estate GmbH just opened four new retail parks under the Vendo Park brand in Poland. The retail properties are located in Zielonka in the Masovian voivodeship, Piekary Śląskie in the Silesian voivodeship as well as in Koszalin and Myślibórz, two towns in the West Pomeranian voivodeship. Taken together, the new Vendo Parks have a gross lettable area of around 19,800 square metres and a total of 26 units, including several branches of brands like Dealz or Action which previously had no outlets in these towns and which therefore broaden the local retail spectrum. Overall, Trei invested c. €27 million in these properties.


Pepijn Morshuis, CEO of Trei Real Estate, commented on the opening of the retail parks: “We are very glad that we managed to open no less than four new Vendo Parks in Poland over the past four weeks. It means we are right on schedule, despite the ongoing coronavirus pandemic. We are planning to have opened a total of seven retail parks in Poland by the end of this year and to keep strengthening our presence in the country.”

The first of the four new Vendo Parks opened in Zielonka in the Masovian voivodeship, around 13 kilometres northeast of Warsaw, on 22 April. The new Vendo Park has a lettable area of around 2,000 square metres and is occupied by Rossmann (drugstore), Pepco (textiles and interior decoration) and Media Expert (consumer electronics), among other tenants. Shoppers have the use of 157 car parking spots.

Next, a new Vendo Park opened for business in Myślibórz in the West Pomeranian voivodeship on 6 May. This town with its population of around 11,000 lies roughly a two-hour drive from Poznań in western Poland. The gross lettable area of around 4,000 square metres is occupied by six retailers, including Biedronka (food), TEDi and Action (both textiles and interior decoration). In addition, 160 car parking spots are located on the property, which extends over a total of 15,000 square metres.

On 7 May, Trei opened up its new Vendo Park in the city of Koszalin in northern Poland, making it the company’s second retail park in Western Pomerania. With a population of around 108,000 residents, Koszalin is the second-largest city in this voivodeship. The retail park has a gross lettable area of 8,200 sqm, divided into two buildings. Its tenants include Biedronka as anchor tenant, Rossmann, Maxi Zoo (pet supplies), and KiK (textiles and interior decoration). Together with the two buildings and 360 car parking spots, Trei created an access road that includes a walkway and cycle lane.

The new retail park in Piekary Śląskie in the Silesian voivodeship, the youngest of the four Vendo Parks, opened for business on 13 May. It provides a lettable area of around 5,200 square metres and is let to nine retailers, including KiK, TEDi and Biedronka, among others. Piekary Śląskie is a town of roughly 55,000 residents in southern Poland, located roughly a 90-minute drive north-west of Kraków.

Overall, Trei currently holds 35 Vendo Parks in its portfolio, of which 25 are located in Poland. It is planned to open at least another three Vendo Parks in Poland this year.