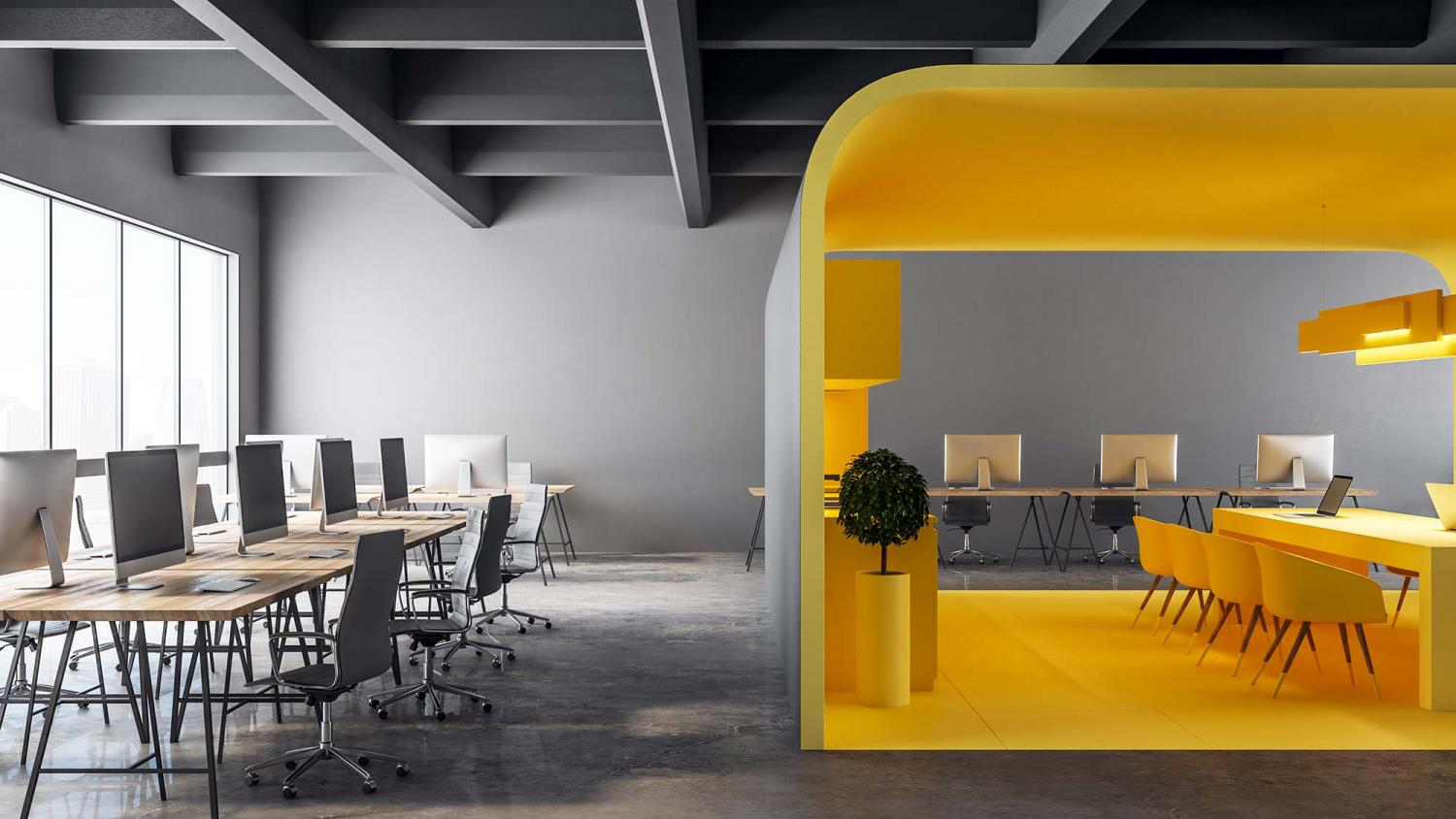 The share of flexible office space take-up across Europe decreased in the first quarter of 2020 to reach 5% from 9.5% at the end of 2019. The sector has expanded exponentially from 2017-2019, and is reaching maturity, as large providers become less expansionary. 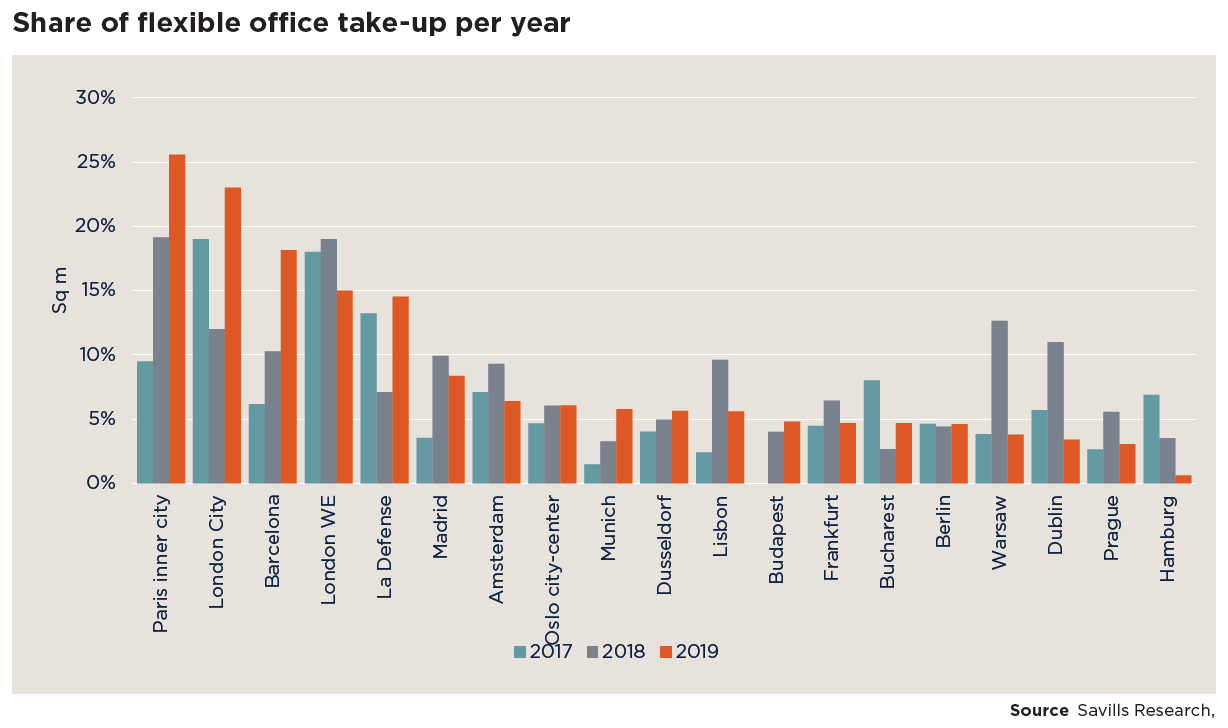 Eri Mitsostergiou, Analyst in the European Research Division, Savills comments: “Although the analysis of our data cannot take into consideration the full effects of the Coronavirus pandemic, it is clear that – pandemic or not – the flexible office sector’s slowdown can be attributed to the maturity of the sector. While we are seeing the big players such as WeWork and IWG suspending new openings and focusing on cutting costs, this has opened up space for smaller operators who have been more acquisitive.

In some locations which are popular for more flexible working – predominantly London, Paris and Barcelona – we could also argue that the persistent shortage of quality available space is partly to blame for a decrease in take-up. Whether this will be affected in the longer-term by the COVID-19 virus remains to be seen.”

Despite many flexible office operators remaining open during lockdowns across Europe, building occupancy is below 20% with private offices remaining partly in use and demand for actual co-working space dropping significantly due to health and safety fears. According to the latest global sentiment survey from Workthere, the flexible office specialist powered by Savills, flexible office providers expect contract occupancy to be 71% at the end of May – compared to 83% pre-COVID-19.

Jessica Alderson, Global Research Analyst at Workthere adds: “In times of uncertainty flexibility will be a sought after solution, as businesses might avoid long term leasing commitments. In addition, with more people working from home regularly, companies may choose to spread their office requirements across traditional and flexible office solutions in different locations. This may also lead to more demand for flexible office space in non-CBD locations and closer to transport hubs.”

Petr Florián, associate, Office Agency, Savills CZ&SK says: “The flexible office sector was influenced heavily by the current situation. The future of the whole sector is now at stake with potential to use the new normal for its growth. I believe some players on the market will emerge stronger than ever but on the other hand, as in every crisis, there will be those who will not survive. I believe the flex operators in Prague have to be very vigilant to the needs of the tenant as the flex sector in Prague is still in the learning process.”