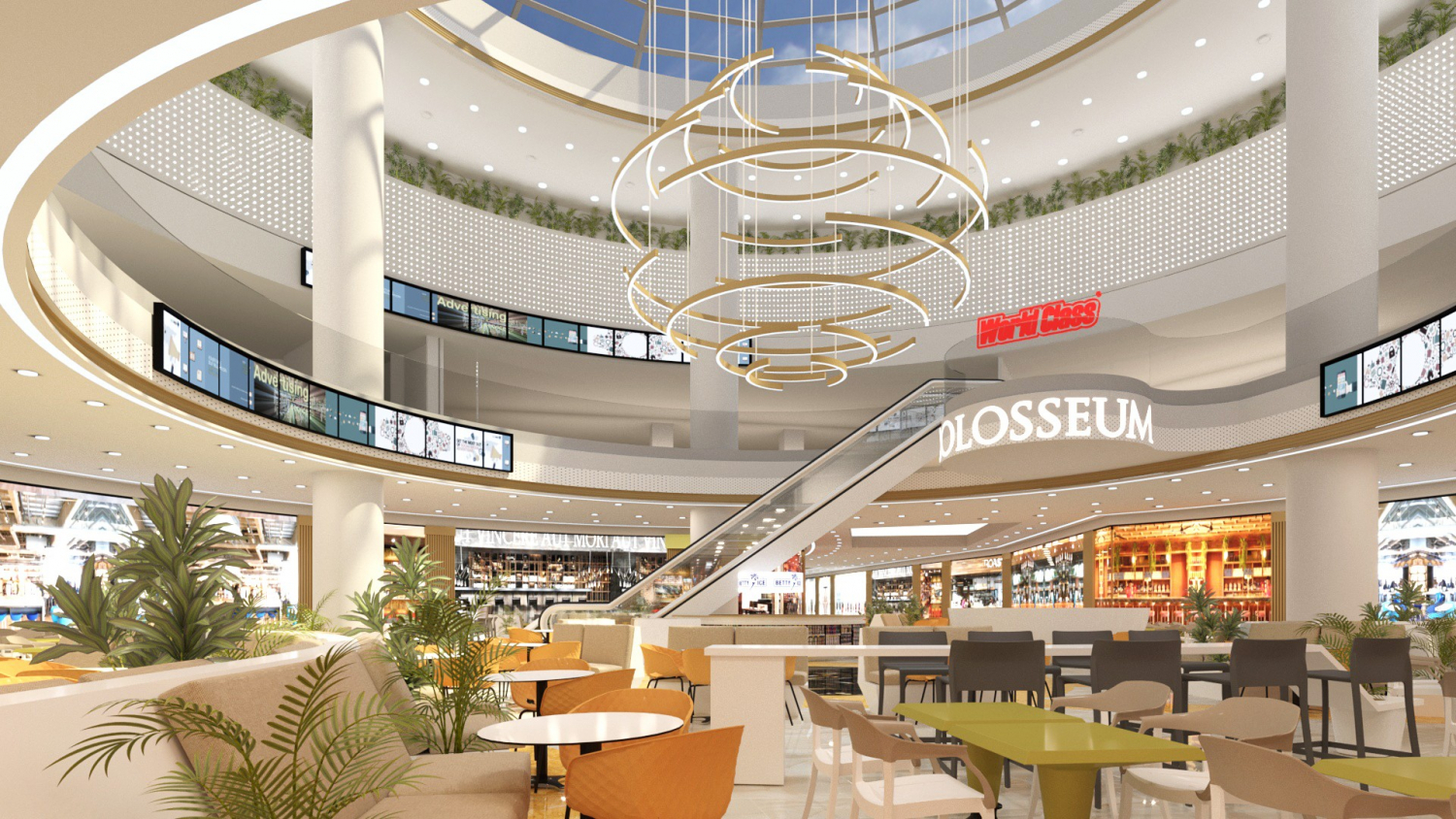 
The total modern retail stock in Romania, which includes both retail parks and shopping centres, has reached approximately 3.7 million sqm in the first half of 2019 and around 130,600 sqm are expected to be brought on the market by the end of the year, according to CBRE's latest research report.


The great majority of the retail stock is spread nationwide while Bucharest has a share of 31%. The most encountered retail format on the Romanian market, shopping centres are on top with 61% from the total analysed surface.
A new supply of approximately 67,000 sqm was added to the modern retail stock in the first half of 2019 due to the largest scheme delivered during the second quarter, meaning the extension of Iulius Town project developed by Iulius Group in Timisoara (47,000 sqm). Several extensions of established and well performing shopping centres and a new small-sized retail park delivered in Drobeta Turnu Severin top off the new market additions.
“Developer’s focus on secondary and tertiary cities, a trend highlighted since last year, could also be observed in H1 2019, as the extension of Veranda Mall with approx. 6,000 sqm was the single project delivered in the capital city. The strong competition between the existing shopping centres in Bucharest encourage developers to extend their retail investments in the regional cities with developments on small sizes but with potential of extension. However, there is still room for new retail projects in Bucharest”, explained Carmen Ravon, Head of Advisory and Transaction Retail, CBRE Romania.

With 12 years’ experience in commercial real estate and passionate about retail, Carmen coordinates the Retail Leasing for the CBRE mandates, counting 300 000 sqm in 7 properties along with Tenant Representation mandates for international brands. With 350 deals signed in the last 3 years by the leasing team comprising 10 talented people, Carmen has previously worked with most of the brands in the retail industry; amoung them Victoria’Secret, Zara, H&M, C&A, LC Waikiki, Nespresso, Decathlon, Starbucks, Jysk, World Class, Adidas and others; and with clients like Immofinanz, S Immo, AEW Europe, AFI Europe, Nepi, Carrefour, Sonae Sierra, Argo Capital, Revetas Capital.  More »
The first six months of 2019 uplifted the Romanian retail market on account of seven brands decision to enter the local market, their first step in their expansion strategy being made in Bucharest. Luxury brands such as Victoria’s Secret (a deal done by CBRE), Babylon Style, and Atelier Cologne secured their spaces in the top performer shopping centre, Baneasa Shopping City located in the Northern part of the city, an area mainly inhabited by above-average earners. International brands from U.K. (Topshop & Topman), Italy (Camicissima), China (Xiaomi Mi Store) started their activity in Bucuresti Mall, Plaza Romania, Mega Mall shopping centres while the Dutch retailer Freestyle Motion will start its business with sport equipment on a retail park premises namely West Park Militari.
“The positive trend of private consumption is distinctly visible in retail sales. Customer confidence is also boosting, making retailers to look for new places to be and developers to create extensions and refurbishment of existing projects. In the era of speed, e-commerce and digitalisation change the traditional way of how retail and retailers operate, but at present, retailers are still on top to offering a joyful shopping experience mixing a friendly atmosphere with fun and recreational activities”, said Carmen Ravon.
The halfway break of 2019 spots stable retail prime rents (prime location, 100 sqm leased), maintained at €80/sqm/month in the shopping centres, at €55/sqm/month in high street locations, and at €8-15/sqm/month in retail parks. For established shopping centres, CBRE estimates a slightly increase based to appetite of extension of the retailers. Bucharest retail density (sqm/1,000 inhabitants) reached at the half of 2019 at 548 while overall Romania stands for 190. Major regional cities such as Cluj Napoca, Iasi, Timisoara, and Constanta register the following values: 488, 420, 603 and 582 while Oradea is the regional city with the highest retail density, respectively 657.
In the second half of 2019, the modern retail deliveries are about to double their size comparing to H1, approximately 130,600 sqm being expected to be brought on the market. The great majority (97%) will be located nationwide, following the investors trend of focusing on regional cities. In addition, 37% of the pipeline projects is represented by shopping centres while the remaining are from small and large-sized retail parks.
With 73% of the total pipeline surface of 2019, international retail – oriented developers NEPI and Prime Kapital/MAS Real Estate dominate the market with large investments. Festival Centrum, the 42,200 sqm shopping centre developed by NEPI in Sibiu is expected to be delivered in Q4 2019 while Prime Kapital/MAS Real Estate also prepares for Q4 2019 the opening of two retail parks, one in Balotesti, near the capital city and another one in Zalau. Also, by the end of the year, Electroputere Parc extension in Craiova is estimated to be completed and to open its gates for the inhabitants of the Southern part of the country.
As modern retail stock should reach approx. 3.8 million sqm at the end for 2019, CBRE experts estimate prime rents to maintain the values registered at mid-year, as both developers and retailers accommodate the new spaces. Taking into consideration the under–construction and planned retail schemes, 2020 will witness the delivery of approx. 214,000 sqm modern retail space.
Two new large-sized shopping centres are expected in Brasov and Targoviste both being under construction and expected to be inaugurated in the first part of 2020. The extension of Colloseum retail park, currently under construction, is also expected to be delivered in the first part of 2020.
“In our opinion, shopping centres will maintain their leading position as the most developed retail format as well as on the target list of established and new entry retailers, as they offer a whole package: shopping and fun in the same place”, concluded Carmen Ravon.