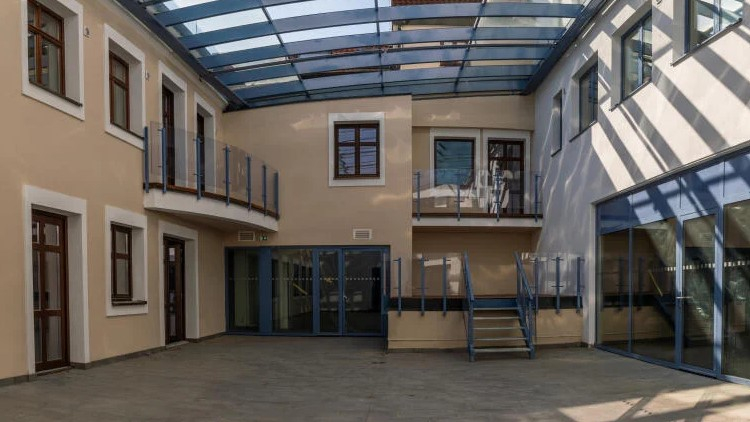 The former bank atrium on the corner of Vysoká Street and 1st May Square in Bratislava has undergone an extensive transformation in recent months. The investment group Proxenta has successfully brought it to completion in just six months. The building with modern apartments in high standard has been built, writes online daily reality.trend.sk.


The premises of the bank atrium began to be reconstructed in June 2021 immediately after obtaining a building permit. The construction work lasted six months, and at the end of the same year the developer, the Proxenta investment group, applied for the building's approval. The renovation did not fundamentally change the appearance of the building, only its function. Instead of office space, 37 apartments were created in the building, of various sizes and layouts, from starter one-room apartments through investment two-room apartments to a magnificent five-room apartment with a large terrace and a luxurious view. Currently, Proxenta already has a valid building permit.

Proxenta originally bought the building to provide office services, but later reconsidered its intention. "I think we did very well. Changing office space into apartments, which are often located in lucrative locations, is likely to be a new development trend given the continuing shortage of new apartments on the market," says Martin Škodáčka, Proxenta's development director. His words are confirmed by sales. At the time of completion, the building was largely sold out. "The last four of the 37 apartments are available today," says Lucia Szabóová, Sales Manager of Proxenta Group's development projects, adding that three commercial premises on the ground floor are also available for those interested, suitable for setting up a retail or service operation.