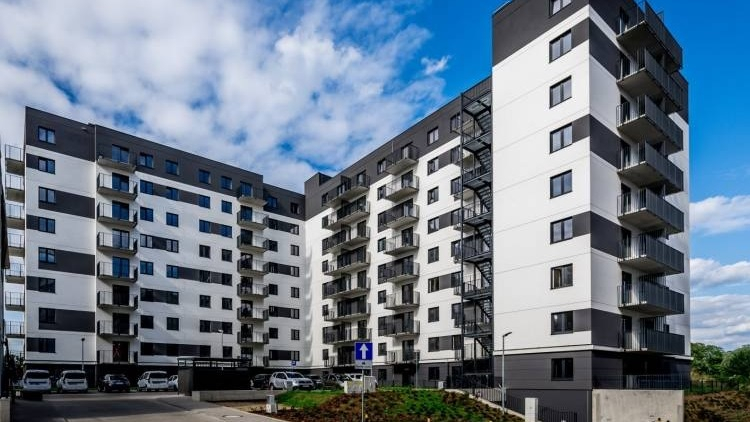 Some of the most mature PRS markets in Europe are Germany, Switzerland, the Netherlands and the Nordics. The Polish PRS market is still in its infancy, but more and more players are declaring their willingness to build portfolios of thousands of rental apartments in Poland. Experts of Cushman & Wakefield present an outlook for the PRS growth in Poland.


In Denmark, the PRS accounts for close to 50% of the annual real estate transaction volume. Its share in the investment market in our region is just under 5%, but it is likely to grow to 10% in the coming years.

In Poland, rental apartments account for approximately 15% of the country’s total housing stock (2.3 million out of 14.8 million units). Most are privately or municipally owned. The development pipeline intended for rent is estimated at 35,000 units, of which around 10-15% will be delivered in the next 12-18 months. The PRS is driven by demographic, economic and social changes which are yet to be seen in Poland. Most residential developers are just beginning to consider PRS projects on the back of very strong sales of apartments in previous years and even today despite the pandemic.

“Despite COVID-19 headwinds, housing prices on the new build and resale markets in Warsaw and the largest regional cities have not fallen. This is mainly because the demand remains relatively strong. A substantial proportion of affluent individuals having bank deposits which are paying virtually no interest at the moment are trying to protect capital values and are therefore buying apartments with cash,” says Mira Kantor-Pikus, Partner, Equity, Debt and Alternative Investments, Capital Markets, Cushman & Wakefield.

Poland has one of the fewest rooms per person in the European Union standing at 1.1 compared to the EU average of 1.6. Its density of apartments per 1,000 inhabitants is just 80% of the EU average. It is estimated that there is a shortage of about two million apartments in Poland to satisfy demand. In addition, affordability compares favourably with other EU countries and migration trends support demand for housing with net immigration growing.

PRS challenges in Poland include a lack of credible and experienced operators, currency hedging costs, limited market research and hesitation of institutional investors, for instance from Germany. Experts of Cushman & Wakefield expect that the Polish PRS hatch phase will last about 12 months, but maturity will definitely take a little longer.

“Investors and market participants tend to be more agile now. There is enough professional expertise to adapt fast. It is true that experienced quality operators are not plentiful but this is changing. In three years’ time Poland will be a much more mature market with an increased share of such assets in the transaction volume,” says Jeff Alson.

According to experts, the PRS will grow in the next three-five years through direct acquisitions of developer projects and larger joint venture deals. Pricing will be influenced by the success of early transactions, competition from the buy-to-own market, operating and currency hedging costs.

“Most overseas investors will factor in the costs of hedging this risk, which could decrease net returns. On the other hand, assuming leverage of an investment with a PLN loan at the level of 55-60%, the investor needs to hedge only free cash, which would compensate some loss,” says Mira Kantor-Pikus.

It is worth noting that as yet no investment fund has finalised a transaction of a fully commercialised or leased PRS asset or portfolio.

Who will invest in the Polish PRS? Global capital sources are interested in rental apartments. Initially, it is likely to be largely European capital. Regardless of the pandemic, some developers are considering diversifying their exit routes from investments and given the low cost of capital matching the low risk of residential investment, investor demand will be there.

“The PRS is on the radar for all mainstream global fund managers working with pension funds, insurance companies and sovereign wealth funds from Europe and the US, and APAC funds to some degree. It is not clear, however, how many will actually include Poland as part of their European allocations,” says Jeff Alson.