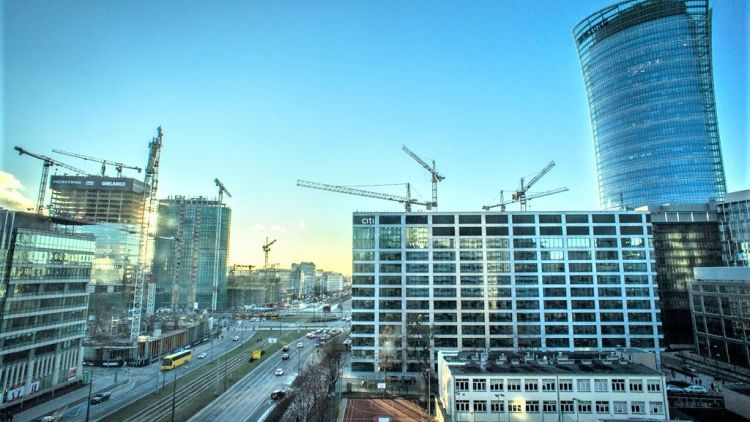 In 2020, applications for building permits in Warsaw were pouring in, says Walter Herz. According to the Permits for the Construction of Office Buildings Warsaw 2016-2020 report, last year brought over a 40% increase in the number of filed applications for building permits for facilities offering office space in Warsaw, compared to the previous year.


"According to the General Office of Construction Supervision, the largest number of applications was received in the last quarter of 2020. From 2017 to 2019, the number of submitted applications had been regularly decreasing, which resulted in a smaller number of started investments and office space under construction on the Warsaw market. In 2020, significantly fewer projects were launched, but interestingly, the number of applications for building permits for office buildings increased remarkably compared to 2019. Therefore, there is a chance that the supply of space under construction, which has been decreasing recently, will increase again. The number of offices that were under construction in 2016-2019 amounted to 700-780 thousand sqm. At the end of 2020, this number decreased to 550 thousand sqm of space", says Krzysztof Foks, Analyst at Walter Herz.

"If developers and investors begin construction of the scheduled projects, we can expect that the continuity of high supply delivered to the Warsaw office market will be maintained. Otherwise, there may be a supply gap. The decrease in the availability of attractive space may, in turn, translate into less favourable offers for tenants", informs Bartłomiej Zagrodnik, Managing Partner/CEO of Walter Herz. "It should also be noted that home office system, which will change the functional layout of office spaces, will also encourage choosing offices in better locations",  adds Bartłomiej Zagrodnik.

Walter Herz report shows that the vast majority, as much as 70 per cent, of intentions over the last 5 years in Warsaw concerned the reconstruction, extension, renovation or rearrangement of space. Only 9 per cent out of over 1 400 applications submitted at that time, were related to the construction of new buildings with office space. In 2016, the number of notifications increased to reach the highest level in the analyzed period in 2017, and in the following years, it began to decline.

The permits issued in 2016-2020, allowed for the construction of buildings offering offices in most districts of Warsaw. At the same time, a significantly smaller number of decisions concerning areas dominated by residential buildings with a very small share of office buildings. Śródmieście, the area surrounding the Daszyńskiego roundabout and Służewiec, with predominantly office buildings, are characterized by the largest number of issued permits. Therefore, there is a close relationship between the number of existing office buildings in a given area of the city and the number of favourable decisions issued in this zone.

According to Walter Herz analysis, up to 84 per cent of applications from category XVI, covering office and conference buildings, which were submitted in the last five years, got accepted by the administrative bodies responsible for issuing them in Warsaw. Negative decisions were issued only in the case of 3 per cent. 4 per cent remained without consideration, investors withdrew 3 per cent of all applications, the same number was suspended, 2 per cent need to be supplemented, and for 1 per cent of them received a decision to discontinue the project.

If, on the other hand, we take into account the applications for building permits for facilities with more than just office space, the percentage of positive decisions issued is already lower by 9 pp. It amounts to 75 per cent. 7 per cent of rejected applications, were categorized as mixed-use facilities. 5 per cent of applications were withdrawn, a similar number was not considered, and 4 per cent constituted cases in which the proceedings were suspended and 4 per cent received a decision to discontinue the project.

Within the legal deadline of 65 days for the examination of an application for a building permit, only 63 per cent of investors interested in the construction of office and conference facilities in Warsaw received a decision in the last 5 years. The average time between the submission of the application and the date of receiving the decision amounted to 74 days.