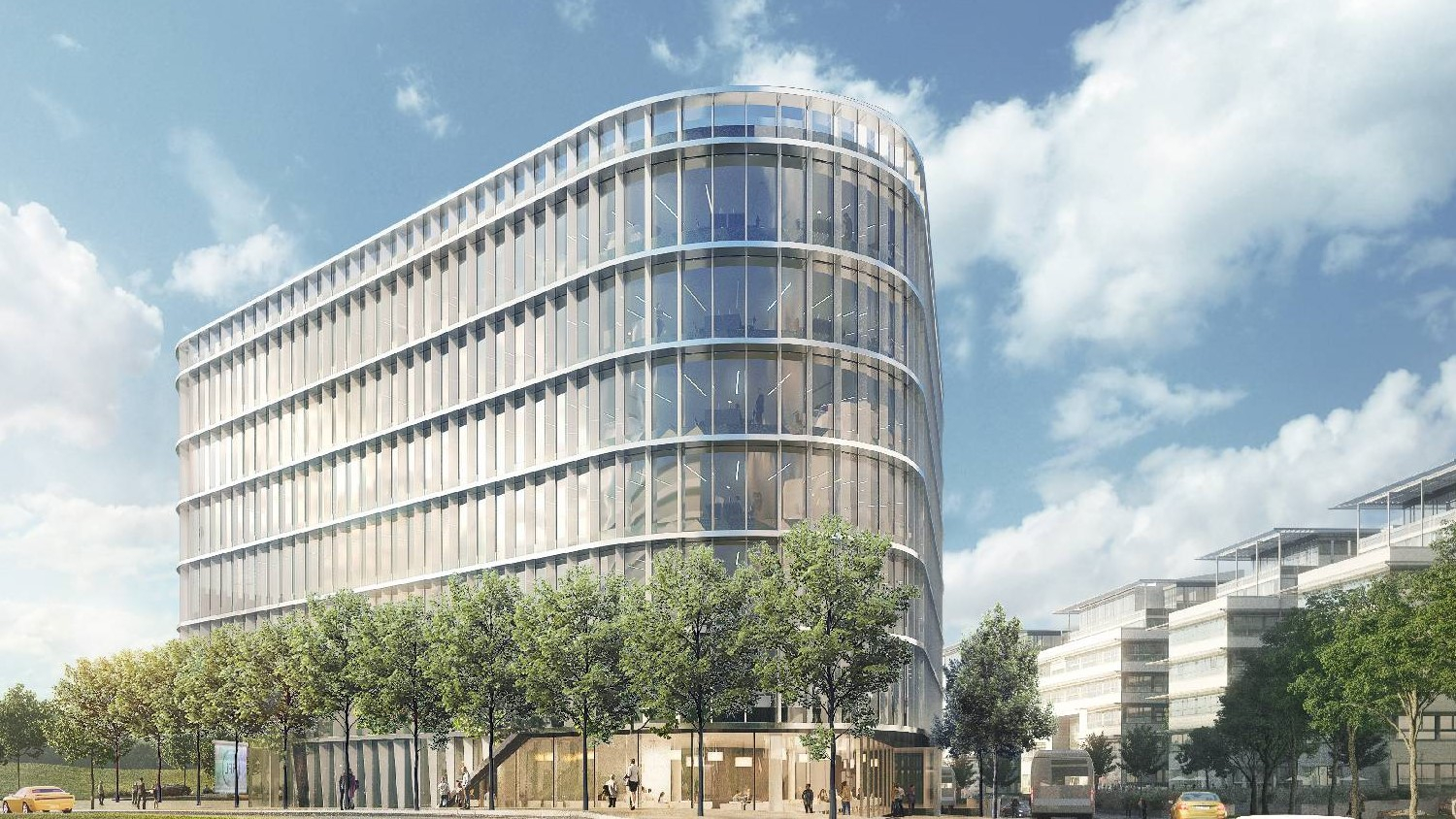 Passerinvest Group is starting the construction of a new seven-storey office building in Prague 4. The Roztyly Plaza building close to the bus terminal and metro station is to be completed in 2024, the developer announced.


The construction of the new Roztyly Plaza office building was symbolically launched this week with the ceremonial tapping of the foundation stone under the leadership of the Passerinvest development group. Work is already underway on the construction of the underground floors with a capacity of 330 parking spaces for tenants and another 100 spaces for P+R parking. The building with seven floors will offer 21,700 sqm of office space for rent and commercial units on the ground floor, which will be occupied by a canteen and will also include a grocery or drugstore.

The construction also includes the improvement of the immediate surroundings - the bus terminal will be upgraded, the park landscaping will be done and the asphalt will be replaced with Prague mosaic, which will allow water to soak in. The project is designed to meet the needs of the building's tenants as well as the general public. The renowned architectural studio Aulík Fišer architekti is behind the architectural design of the building, which has been under construction since autumn right next to the metro station of line C - Roztyly and the investor is Koncern Passerinvest, the construction is being carried out by GEMO a.s. The building will welcome its first tenants at the beginning of 2024.

"I am very pleased that even in this time full of various challenges, we can continue the implementation of the Roztyly Plaza project, which we started last autumn with our plan leading to the long-term and sustainable development of Prague's Roztyly. The market demand for office space is solid and we are already registering interest in leasing. For example, the first major tenant of Roztyly Plaza will be the Czech developer SCS Software s.r.o., which plans to build its new headquarters on the top floors," notes Lenka Preslová, Sales Director of Passerinvest Group, a.s.

Passerinvest plans to create quality conditions for work, living and leisure in several stages on the site of a neglected brownfield in Prague's Roztyly district. In addition to the first phase, the next phase will include a second office building, Sequoia, which will create a natural barrier protecting the entire locality from noise from the Jižní spojka and the arterial road. The final third stage should consist of residential development with 600 apartments for sale and rent and a kindergarten with a clubhouse in a pleasant environment near Krčský les. Further development of parks, playgrounds, sports fields and cultivation of greenery is also planned.