P180 in Warsaw gets topped out 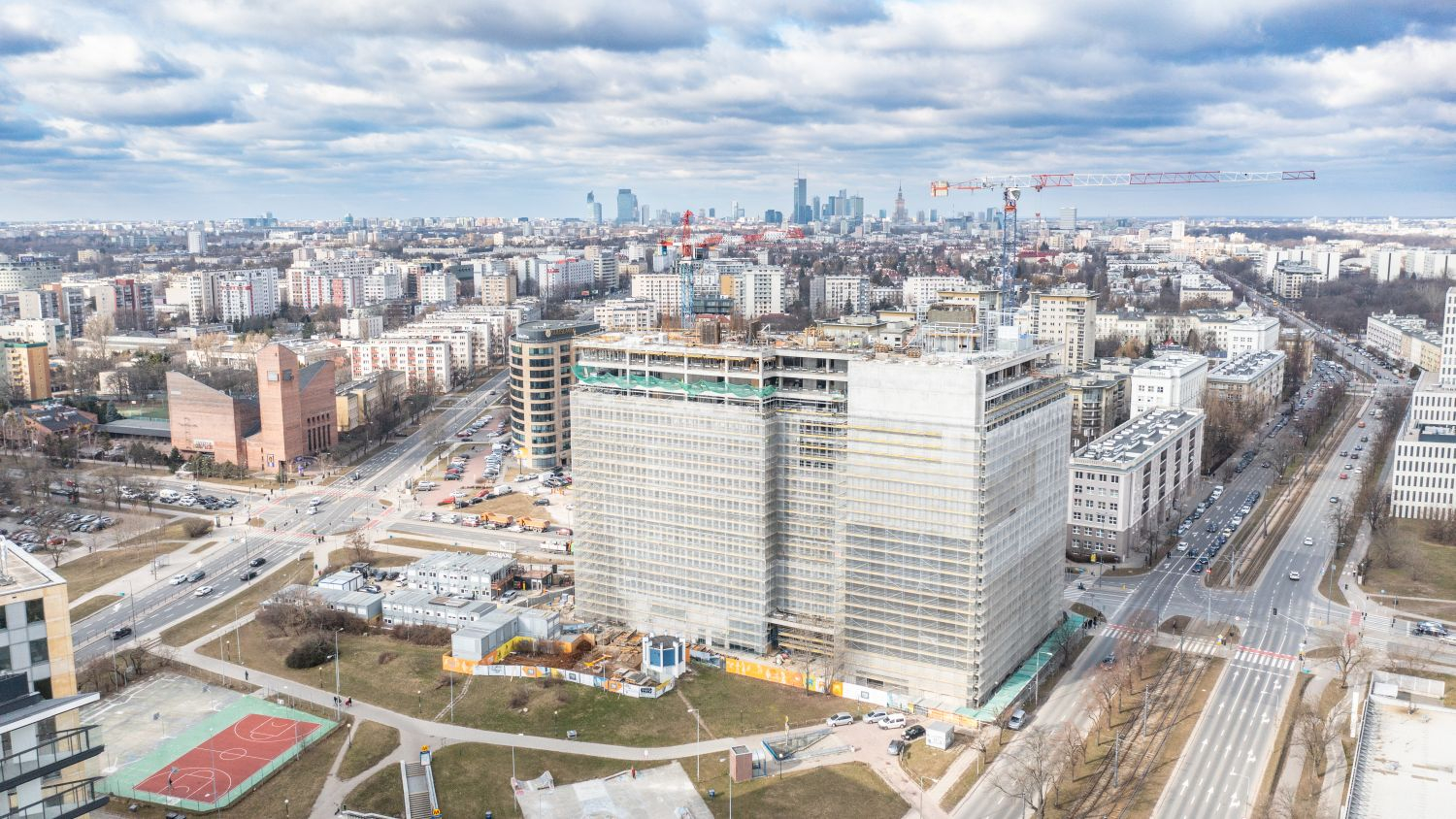 The construction of the P180 office building, Skanska's investment, located directly next to the Wilanowska metro station in Warsaw, is entering its final phase. A symbolic topping out of the building signifies the end of construction works. The project will ultimately provide 32,000 sqm of office space. The building is scheduled to be commissioned in September 2022.


Its construction began in September 2020. Now this 15-storey building has reached its final height of 55 meters.

"In P180, we focused not only on the future tenants’ comfort and convenience, but also on sustainable solutions. The office space in the building is completely safe and meets the highest requirements for this type of interior, including with regards to international certification systems. This is important because, as our research has shown, more than half of Poles still go to the office every day, and over 70% of respondents consider it safe ", says Tomasz Subocz, leasing manager at Skanska’s commercial development business unit in CEE. "P180 also fits in with Skanska's philosophy of reducing our carbon footprint. We used here such innovations as special, low carbon concrete, the first such solution in Poland", adds Tomasz Subocz.

The P180 project, developed by the PRC Architekci studio, places great emphasis on amenities for cyclists, whose presence has increased on Warsaw bicycle routes. Interest in cycling also grew during the pandemic, during which many people decided to switch to green transport on their way to work. The popularity of this means of communication is also related to the developing bicycle infrastructure in Warsaw. According to the data of the 2020 Warsaw Bicycle Report, there are nearly 700 km of bicycle paths in the capital. It is the largest network in Poland in terms of length.

The office building provides a total of one hundred parking spaces for bicycles. There is also a glass-enclosed, aesthetic bicycle room with an entrance from the ground floor, as well as a cloakroom with showers. All office employees will be able to use them.

Innovative concrete with a carefully selected composition was used in the construction of P180, the emissivity of which is on average 42% lower than that of traditional concrete. Nearly 9,000 m3 of this product were used in the construction. The amount of carbon dioxide reduced in this way is equivalent to the amount of pollution emitted by a gasoline-powered car that orbits the Earth along the equator 107 times.