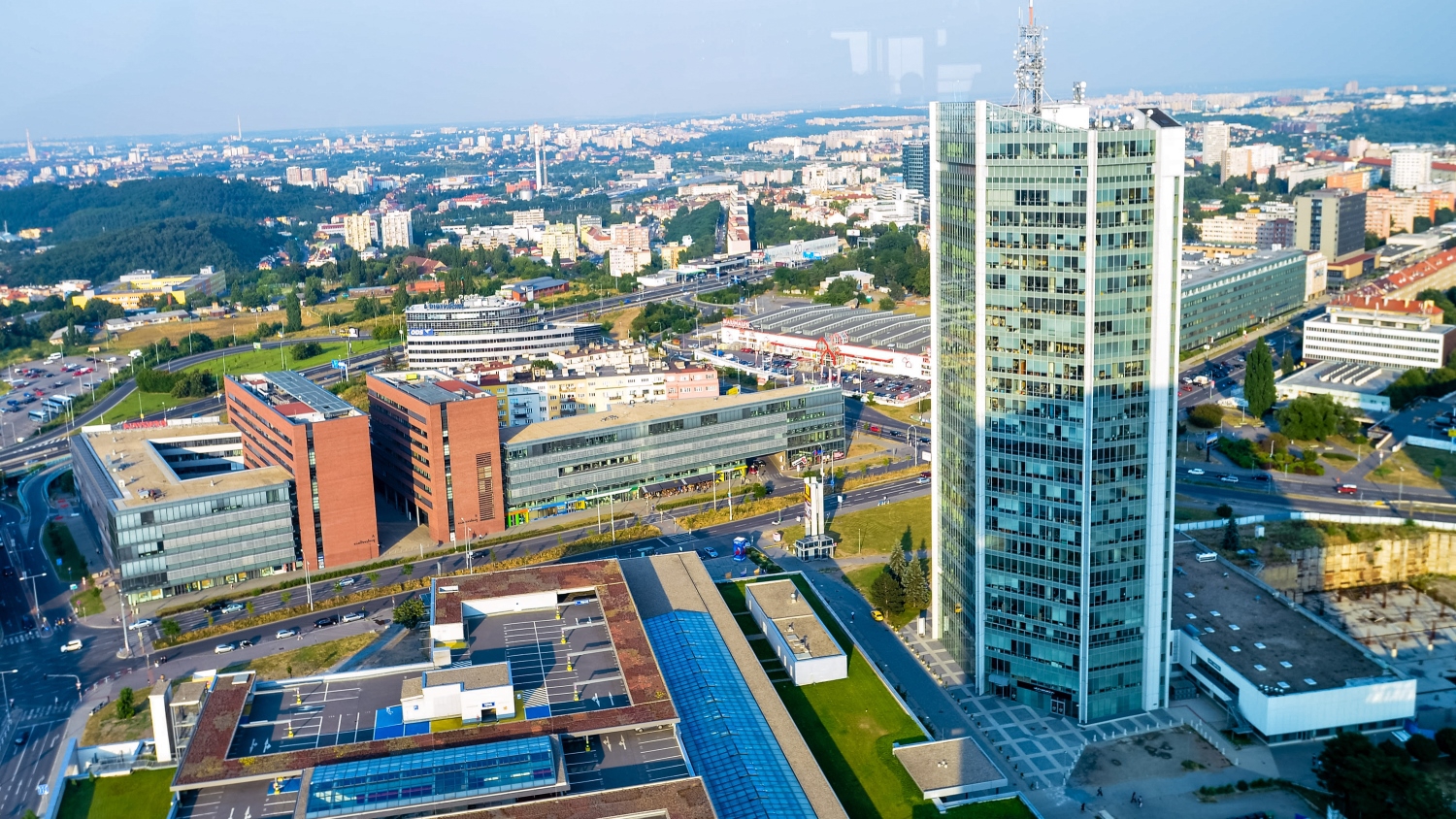 The first quarter of 2017 saw only one office building delivered to the Prague market. Strong demand from tenants helped the vacancy rate decrease by 1.1 percentage points to 9.4%.The Prague Research Forum announced the office market figures for Q1 2017.

Total modern office stock in Prague in Q1 2017 reached 3,219,900 sqm. The ratio of Class A modern stock to Class B modern stock was approximately 71%. Top quality Class AAA properties accounted for 17% of the total office stock. In Q1 2017, only one new office project was delivered to the Prague market. DOCK IN TWO, with an office space of 6,900 sqm, is located in the inner city area of Prague 8. Currently, there is approximately 343,000 sqm of office space under construction in Prague. In Q1 2017, one project commenced construction. It was reconstruction of Telehouse (approx. 20,000 sqm) in Prague 6.
Gross take-up (including renegotiations and subleases) in the first quarter of 2017 amounted to 90,100 sqm, representing a decrease of 8.5% compared to the previous quarter and a year-on-year decrease of 3.0%. The highest volume of gross take-up was recorded in Prague 4 (35%), Prague 5 (16%) and Prague 8 (15%). IT companies accounted for the largest share of gross take-up (17%) followed by the professional services sector (16%) and consumer goods (10%). Renegotiations represented only 18% of the total gross take-up which was 12 percentage points below the Q4 2016 figure. The share of new leases of the total gross take-up reached 58% in Q1 2017.
The most significant, non-confidential, transactions of Q1 2017 were – new occupation of PGRLF (2,600 sqm) in Oasis Florenc in Prague 8, the renegotiation of Carrier Refrigeration Operation Czech Republic (1,800 sqm) in Hadovka Office Park in Prague 6 and the renegotiation of Rossmann (1,600 sqm) in Gemini in Prague 4.
In Q1 2017, the vacancy rate decreased by 1.1 percentage points, compared to the previous quarter, to 9.4%. Total vacant space declined to 303,900 sqm. The highest vacancy rates were recorded in Prague 7 (14.8%), Prague 10 (13.7%) and Prague 1 (11.8%). Conversely, the lowest vacancy rates were recorded in Prague 9 (6.7%), Prague 8 (7.6%) and Prague 2 (7.8%).
In Q1 2017 prime headline rents in the city centre increased to €20/sqm/month, while prime rents in the inner city remained stable between €14.5-15.5/sqm/ month and prime rents in the outer city between €13-14.5/sqm/month.
The members of the Prague Research Forum – CBRE, Colliers International, Cushman & Wakefield, JLL, Knight Frank – share non-sensitive information with the aim of providing clients with consistent, accurate and transparent data about the Prague office market. The RICS supports activities of the Prague Research Forum.