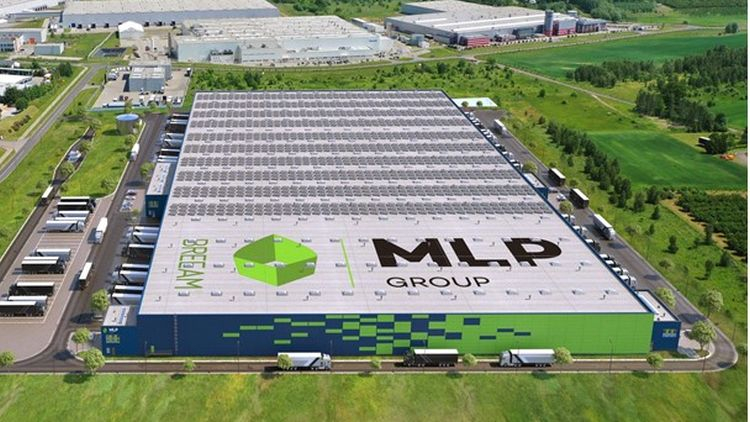 MLP Group has successfully carried out a public offering of Series F shares by way of a private placement, directed exclusively to qualified investors and investors subscribing for shares worth no less than the equivalent of €100,000. Based on an accelerated bookbuild process, the issue price of Series F shares was set at PLN 70.


Radosław T. Krochta, CEO of MLP Group S.A: “The entire offering was covered by investors, which I consider a huge success on such a difficult market as we currently have, and that is an expression of appreciation for our development strategy, business model and continuous increase of company's value. The discount to the 10-day volume-weighted average price (VWAP) prior to the launch of the transaction was only 3.83%. The transaction is in TOP 3 in terms of deal value among secondary offers of private companies (without the involvement of the State Treasury) in Poland this year. Capital raised in the offer will allow us to consistently implement our strategy, accelerate our development and strengthen our position on the markets where we are already present.”

On December 1st 2022, MLP Group closed an accelerated book-building process for Series F shares. Due to the strong demand of local and international investors, the upsize option was fully exercised and all offered 2,621,343 shares were placed. The issue price of Series F shares determined in the book-building process was set at PLN 70 per share and the value of the offering reached PLN 183.5m.

In accordance with the offering timetable, the subscription period is set to take place on December 2nd–8th 2022, until the final allocation on December 8th 2022. The rights to shares are expected to be listed and start trading on the Regulated Market of Warsaw Stock Exchange by December 15th 2022, while the registration of the issued shares in court is expected to happen by the end of this year.

Proceeds raised by MLP Group are intended to finance the expansion of its land bank on markets where it operates.

Upon completion of the issue, the share capital will comprise 23,994,982 shares. As part of the offering, the majority shareholder ILDC (Israel Land Development Company Ltd) declared interest in subscribing for 1,082,710 shares. Thus, ILDC will maintain its direct and indirect equity interest in the Company (economic interest) at the current level of 41.3037%. At the same time, Company and ILDC, subject to standard exclusion, agreed, inter alia, not to sell series F shares nor to enter the market with new shares offering within, respectively, 180 days from the date of setting the issue price (lock-up period) with respect to the Company and between the date of opening of the book-building process in the accelerated book building and the date falling 180 days following the first day of trading of the rights to the shares on the regulated market operated by the Warsaw Stock Exchange with respect to ILDC.

Erste Securities Polska acted as the global coordinator of the offering.