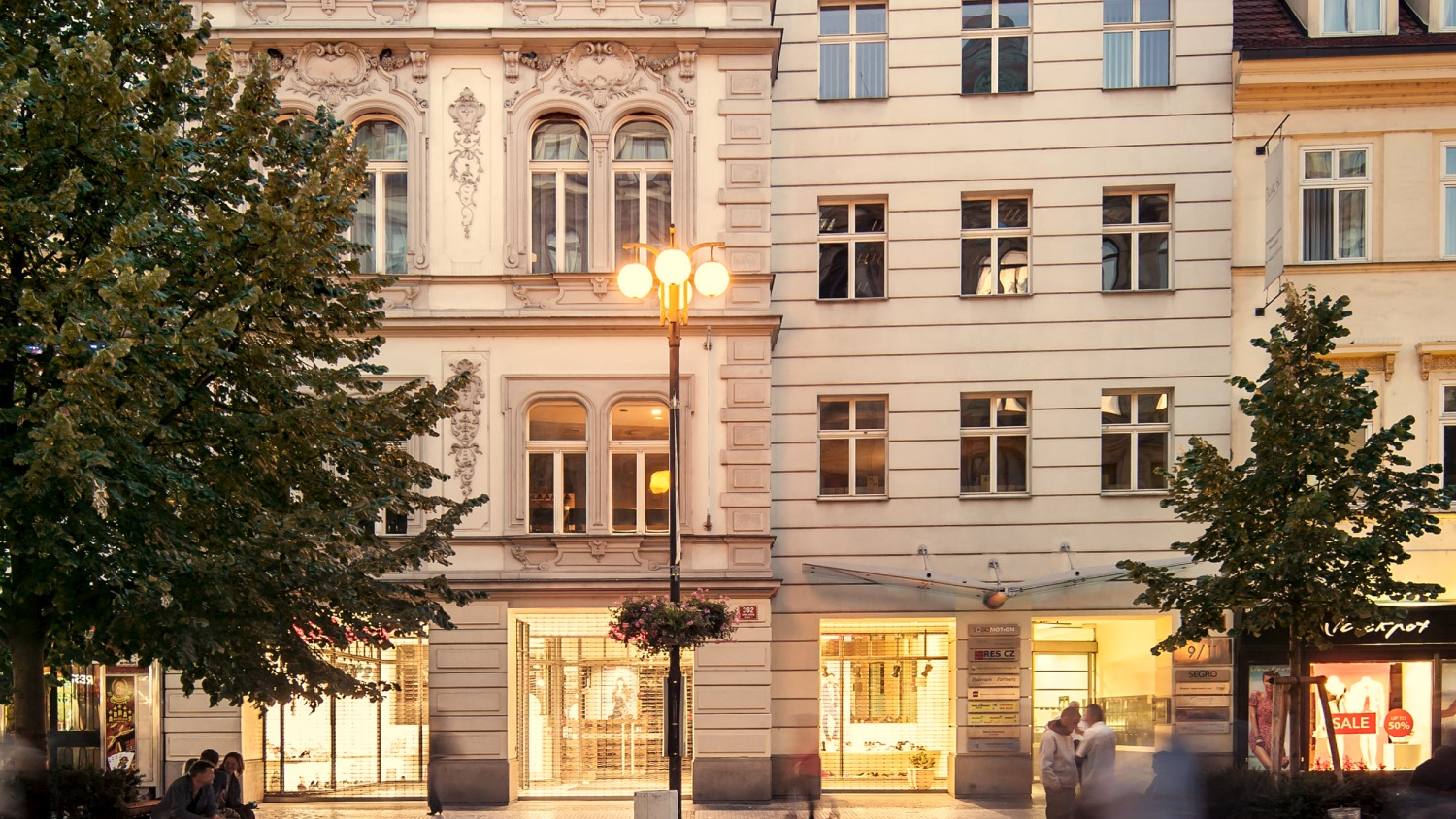 
Na Příkopě Street has a history dating back several centuries. As its name suggests, there used to be a moat between the Old and New Town. It was covered in 1760 and formed the basis for a generously designed boulevard. The building at Na Příkopě 393/11 and 392/9, purchased by Mint Investments, was created by the reconstruction of two buildings from 1893 and 1865. They originally served as a fashion salon and since the 1950s they were the prime Prague address for exclusive imported grocery. After an impressive reconstruction, designed by Šafer Hájek architects, the property was awarded the “Interior of the Year” prize in 1997. The building now provides its users with an intriguing contrast between 19th-century architecture and modern design, featuring a spectacular atrium with six galleries, glass elevators and a historic staircase. The property comprises a total of 3,000 sqm of prime retail and office space on eight above-ground and two underground floors. A significant part of the building is formed by a three-storey high street retail unit (Deichmann flagship store), complemented by modern office space with views of Prague Castle and the Old Town.