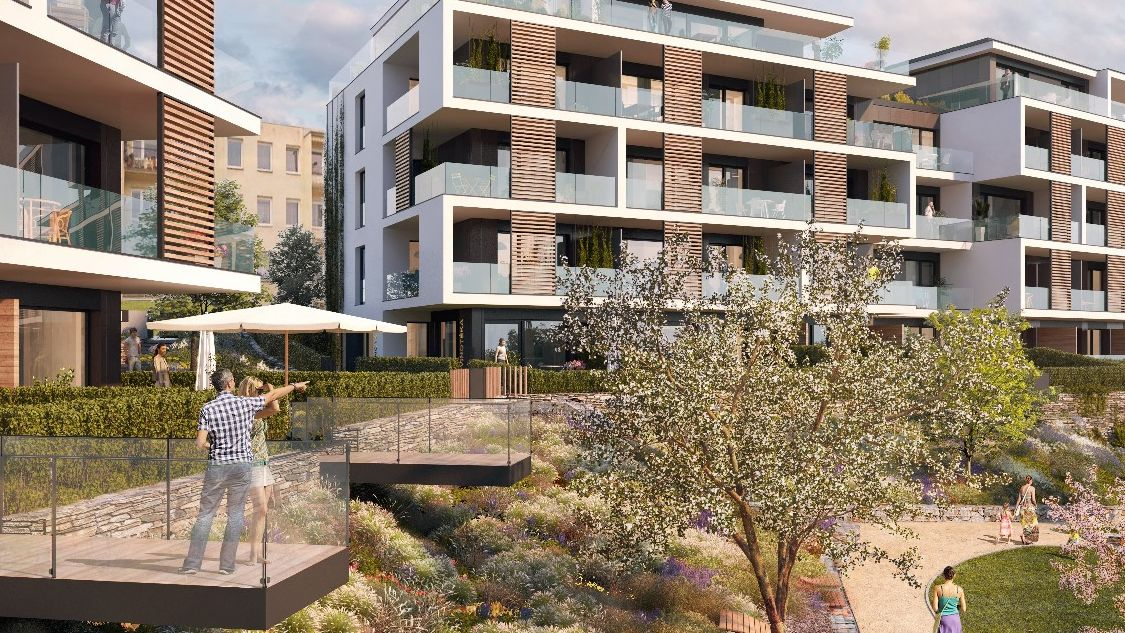 JRD Group sold real assets worth CZK 1.054 billion in 2021, increased the capacity of photovoltaic power plants in Hungary to 30 MWp and commissioned a new prototype plasma gasification reactor. The JRD Land and JRD Development divisions were also strengthened, the company announced in its annual report.


The JRD Group operates in several sustainable sectors and has five divisions under its brand (JRD Development, JRD Plasma, JRD Energo, JRD Land and JRD Invest). JRD Development is the dominant player in the group, having sold 157 apartments, 5 commercial premises and 11 plots of land worth CZK 1.054 billion last year. The energy divisions also developed successfully last year: among others, JRD Energo (with total sales of CZK 308 million) increased the installed capacity of its photovoltaic power plants in Hungary from 12 to 30 MWp and JRD Plazma commissioned a new prototype reactor for plasma gasification. The JRD Land division (with total sales of CZK 143.5 million) has been significantly strengthened, with plans to hand over building plots worth CZK 3.2 billion to JRD Development by 2025 for the construction of projects worth up to CZK 20 billion.

"In Europe in general, there is a growing interest in sustainable construction, clean energy production, development of modern technologies and environmentally friendly waste treatment. In addition, significant investor interest in socially responsible (ESG) investing is becoming a new trend. The sectors covered by the individual divisions of the JRD Group are thus coming to the fore. Despite the obstacles in our way, such as slow construction permitting or the rising cost of materials and labour, we believe that their development and promotion makes sense. The good economic results we have achieved in the past year are just the foundation that will help us to continue to grow and contribute to environmental protection, greater energy self-sufficiency and the development of a sustainable society," says Jan Řežáb, owner and founder of the JRD Group.

The portfolio of the JRD Development division currently consists of 5 residential projects (Green Port Strašnice, Rezidence Michelangelova, Bohdalecké kvarteto, Císařská vinice and Vital Kamýk) with a total of 532 apartments and 7 villas. These are complemented by the Silver Port Residence with 70 apartments, which the developer is selling for the investor Rezidence Na Palouku, and the Viadukt Anděl office building. "Many more healthy and green housing projects (e.g. in Prague 4, 5, 7, 9, 12 or 15) are currently in the pipeline: in total, there are approximately 1,500 apartments under construction and construction. We are also engaged in large-scale acquisitions of building plots and larger subdivisions. Last year, we contracted 10 hectares of land, which includes a 4.7-hectare area where we plan to develop a residential area with approximately 1,300 apartments in the future. This year we are going to purchase up to 11.5 ha of land with a total value of CZK 4.5 billion. In the next few years, we also plan to enter the segment of mountain recreational properties, expand outside the Prague market and achieve a total turnover of CZK 3 billion," calculates Jan Řežáb.

The JRD Land division serves the needs of the JRD Group and private or institutional clients. Its main objectives include the valorisation of contributed land or the acquisition of new land for future sustainable development. The division has strengthened its staff significantly in the past year and is now developing land with a market value of approximately €700 million. The Group is also acquiring additional land. Its goal is to deliver building plots worth CZK 3.2 billion to JRD Development within three years for the construction of projects worth up to CZK 20 billion.

The JRD Energo division, which is primarily engaged in the preparation, implementation and operation of modern, environmentally friendly energy projects, recorded total sales of CZK 308 million last year. The company's sales of energy efficiency projects amounted to CZK 308 million. Among its most significant projects was the commissioning of two 18 MWp photovoltaic parks near Komló and Mánfa in southern Hungary, increasing the installed capacity of its local photovoltaic plants from 12 to 30 MWp. JRD Energo also manages, for example, the second-largest Czech wind park in Václavice in the Liberec Region with an installed capacity of 26 MWp, producing up to 69,000 MWh of electricity per year. This year, it plans to increase its revenues by 35% and thus exceed the 400 million euros mark. The company will reach its target of CZK 400 million by 2020.

JRD Invest is a new division of JRD Group dedicated to the acquisition and management of income properties in cooperation with private and institutional investors. Its portfolio consists mainly of rental housing properties developed by JRD Development and partly of office and retail space. This division aims to manage a property portfolio with a market value of CZK 5 billion by 2030.