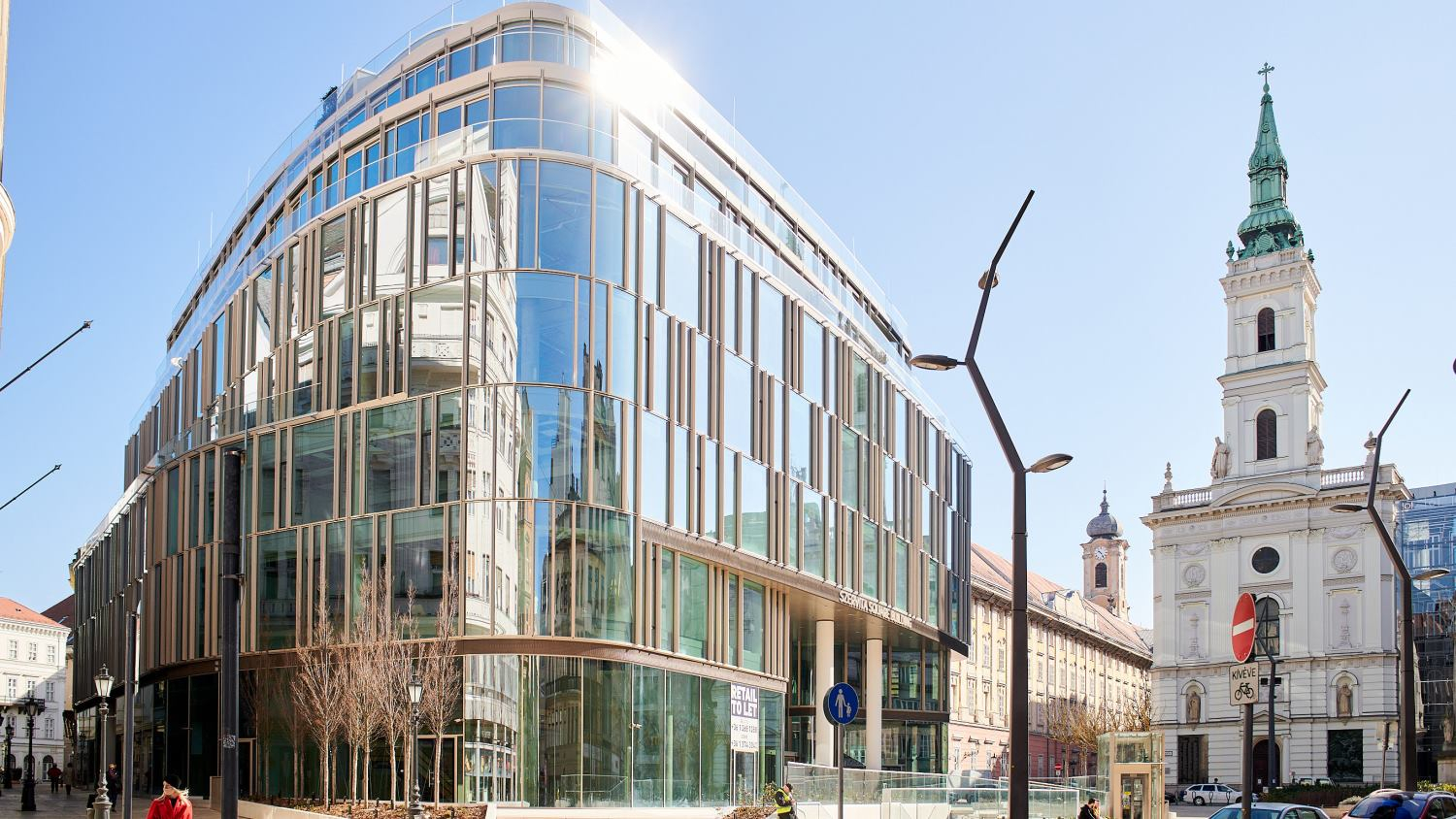 IWG has announced the opening of a brand-new centre in the Szervita Square Building in Budapest. The centre, which opened last month, is operating under the Signature brand, which provides workspaces in the most sought-after locations in the world.


The seven-storey, glass-façade Szervita Square Building is situated in the heart of downtown Budapest, in close proximity to high-end retailers and several five-star hotels such as Kempinski and The Ritz Carlton.

Occupying three floors of the 14,900 sqm multipurpose Szervita Square Building, the new Signature centre has over 300 premium workstations and a basement club area.

The building itself has been tailored with a number of sustainability features and has been awarded a LEED Platinum environmental certificate. It features daylight and occupancy controls, energy-efficient elevators, electric car chargers, advanced noise and pollution filtration systems, and landscaped greenery.

The opening of Signature Szervita Square comes as IWG sees record demand for its hybrid works solutions, with the business adding a million new users to its network in the last three months alone. This includes penning its largest-ever deal with NTT, Nippon Telegraph and Telephone Corporation, providing all 300,000 employees with access to IWG’s more than 3,300 workspaces globally. As the world slowly emerges from the pandemic, the need for high-quality flexible workspaces will continue to soar as hybrid working becomes the new normal.

“Having experienced a prolonged period of working from home in the past year, we know that location and accessibility have never been more valued by professionals deciding how and where they want to work going forward,” Gareth Haver, CEO Central & Eastern Europe at IWG says.

GTC to spare energy in office portfolio in Budapest

by Property Forum
The development firm has invested in the technical modernization of its buildings and reassured "BREEAM in Use" accreditation for the Váci Greens D complex.
Read more >