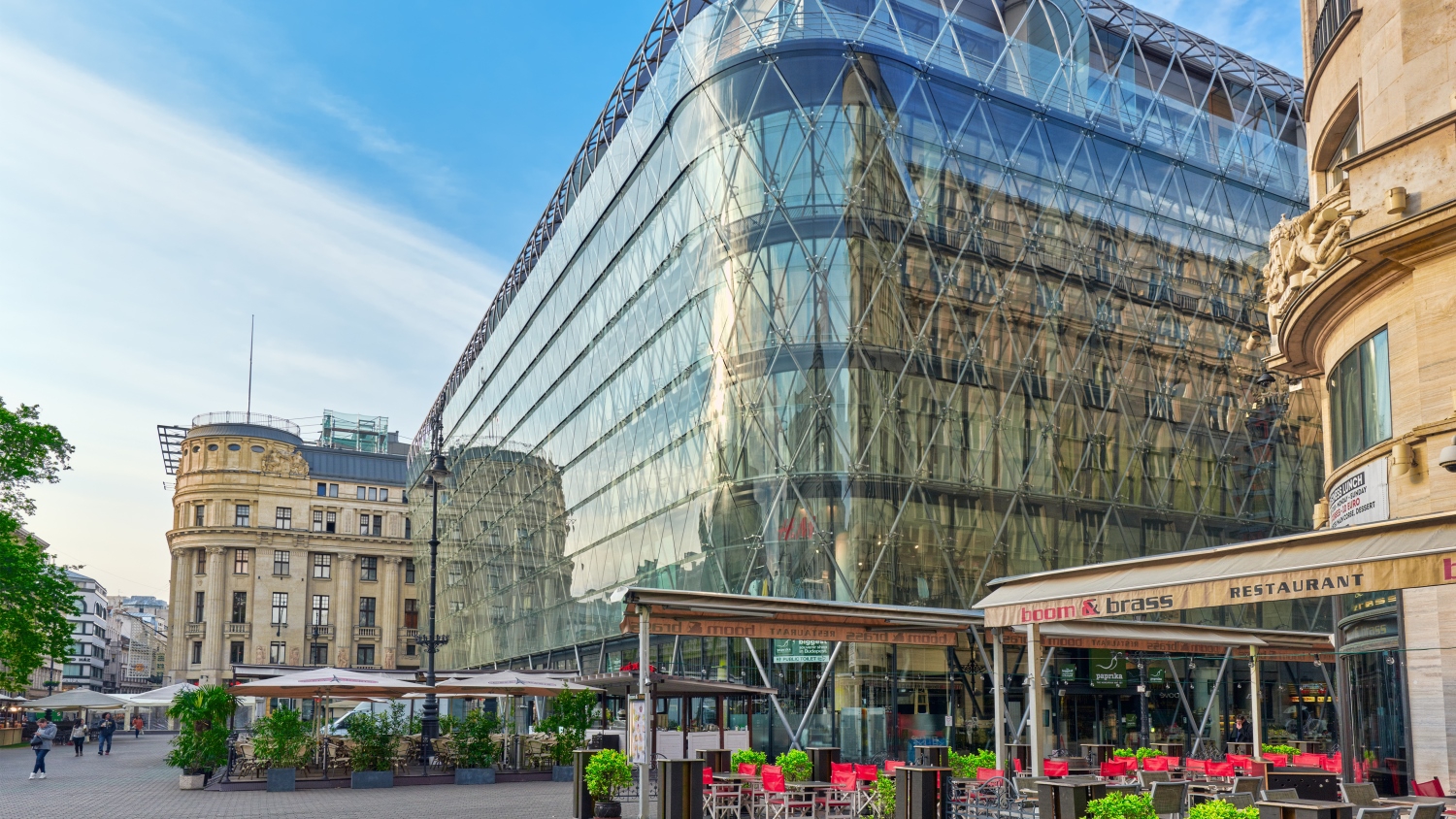 Last year few would have anticipated that commercial real estate investment volumes for Hungary would even reach €1 billion this year, yet now it seems sure that 2016 will be a record year on the investment market. Over €910 million have been transacted in the first half of the year and an astonishing amount of new deals were announced in the second part of 2016, especially in the last few weeks. Looking at the transactions that took place this year, two things seem certain: one is that several new entrants made purchases in 2016 and the other is that market transparency still has a long way to go.

Offices continue to be the most popular asset class
Perhaps the most important deal of H1 2016, marking the return of core investors in Hungary, was the purchase of the Eiffel Square office building by German asset and investment manager KGAL. In September, another iconic Budapest office building, Park Atrium, was sold to a German-based asset manager: a fund managed by Corpus Sireo bought the building from GLL Real Estate Partners for an undisclosed price believed to be in excess of €50 million. GLL also acted as a buyer this year in Budapest, by acquiring Váci 1, a multi-purpose heritage building from Hungarian developer Horizon Development.
The largest deal of the year – and also one of the largest ever office deals in the Hungarian market, by both value and gross leasable area – has been closed by CA Immo. The Austrian investor purchased the Millennium Towers office complex from TriGranit and Heitman LLC for €175 million. Both the sale of Park Atrium and Millennium Towers were closed at post-crisis record low yield levels of below 7%.
German and Austrian investors became the owners of several other Budapest building this year. FLE GmbH, a company of the LFPI group, has acquired its first CEE property in Budapest, namely the Office Garden I office building, while the former headquarters of CIB Bank, a heritage building in the CBD of Budapest were sold to an unnamed German investor.
Real estate professionals in Hungary have long awaited the return of German funds, but they are not the only new players that attributed to the impressive investment volumes of 2016. This year Zeus Capital Management also purchased its first Budapest property, namely HB Reavis’s first development in the capital, Váci Corner Offices. This sale made it possible for HB Reavis to purchase its first redevelopment project in Hungary, Bem Palace from Europa Property Fund, a member of the UniCredit Group.
Regional real estate fund have also debuted on the Hungarian investment market in 2016. Belgian developer Atenor sold one of the buildings of its first Budapest development, Váci Greens to Czech investment fund ZFP realitní fond, managed by ZFP Investments, a subsidy of Slovakian IAD Investments.
Hungarian investors become increasingly active
Local investors remained active in 2016 with the first public transaction of the year being the purchase of Budapest’s oldest modern office building, East-West Business Center, by Erste Ingatlan Kft. Later in the year another building developed by Skanska, Nordic Light was sold to the real estate funds of Erste Alapkezelő Zrt., one of the subsidiaries of Erste Asset Management GmbH, for €67 million.
Another major player, Diófa Alapkezelő Zrt. has also been rather active in 2016. Its funds have purchased the V17 office building from Hungarian developer Wing, Infopark office complex’s building G and the Tabán office building from Indotek Group’s real estate fund, Reconcept.
The most unconventional investor of the Hungarian market, the Central Bank of Hungary also made several purchases in 2016 through its funds. The funds, managed by Optima Zrt., have purchased two office buildings in the Millenáris area of Buda, Buda Palace (a former post office), an office building in the city of Debrecen and a 7.5 ha development land on Váci Road that is planned to be the site of the largest ever office development in Budapest.

One more purchase was made by Hungarian investors. CPI Hungary sold its V188 office building and an adjacent development land (V190), both located on Budapest’s Váci corridor, to an unnamed Hungarian investment group.

There is life outside of the capital
The retail and industrial segments of the market saw less movement than the office market, but Hungarian investors definitely made their marks in these areas as well in 2016. OTP Real Estate Investment Fund purchased a logistics property in Győr, while a fund managed by Diófa Alapkezelő purchased Europark (a shopping mall in South Pest), a retail asset in Western Hungary and a 3 star hotel in the city of Pécs.
Several foreign investors invested in Hungarian industrial property this year. Czech-based CTP purchased two warehouses in Central Hungary, M7 Real Estate acquired a real estate portfolio consisting of two retail centres and a vacant standalone urban logistics asset, while Norges Bank Real Estate Management acquired a 50% stake in a CEE logistics portfolio, owned and developed by Prologis, that includes an unnamed number of assets in Budapest as well.
Many of these investors have indicated that they plan to acquire more assets in their target countries which means that, without a doubt, 2017 will be another interesting year on the Hungarian investment market.