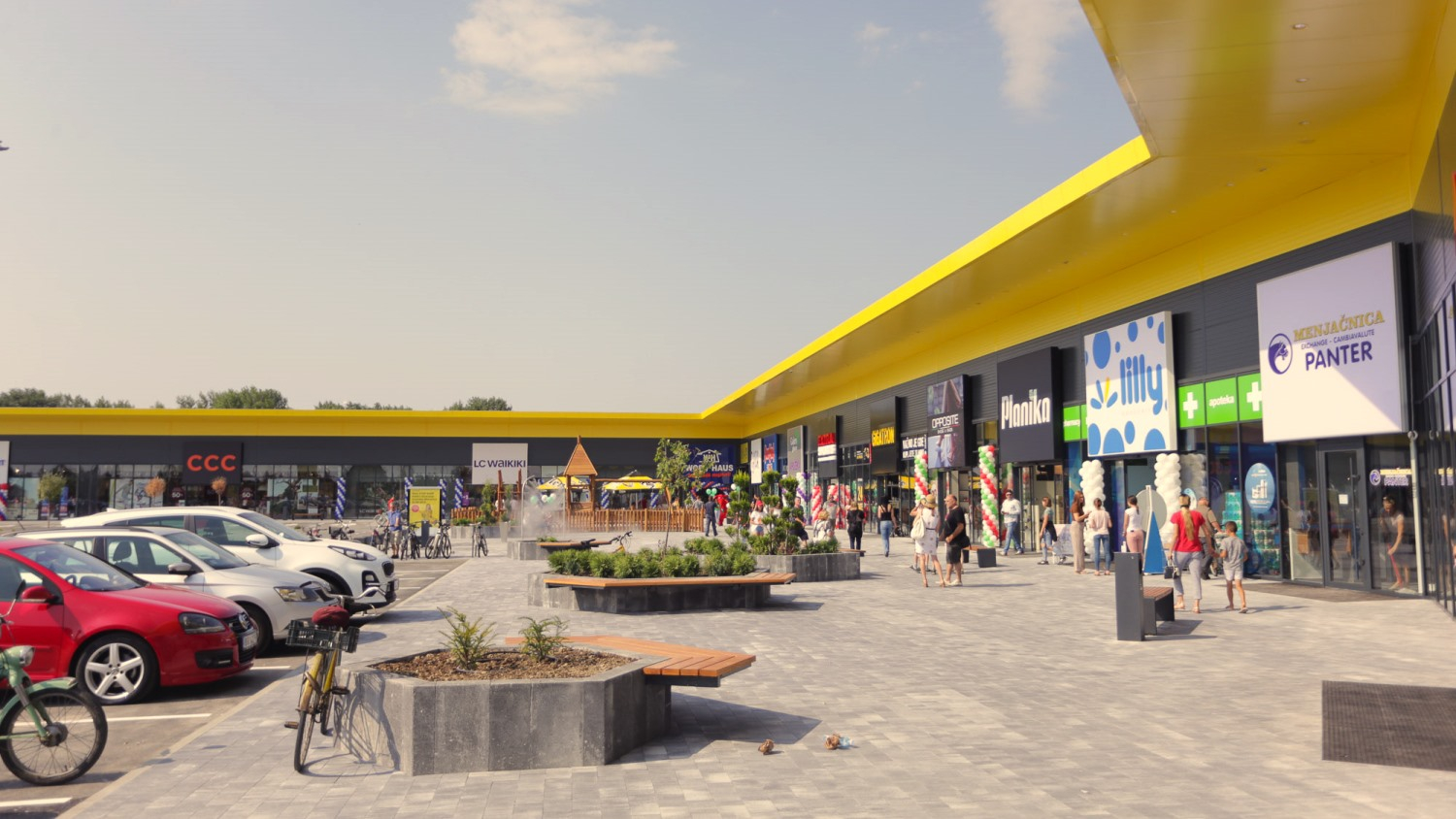 Immofinanz is driving the steady growth of its Stop Shop retail park brand, as previously announced, with a next step that includes the expansion of the portfolio to 90 locations. The most recent acquisitions include six fully rented retail parks in Slovenia and Poland with roughly 54,000 sqm of rentable space. The annual rental income based on invoiced rents amounts to approximately €6.6 million, which represents a gross return of 8.6%.


In addition, two projects in Poland (Siedlce) and Serbia (Sremska Mitrovica) with roughly 21,000 sqm of rentable space are currently under development. Preparations have also recently started for an additional Stop Shop in the Polish city of Zielona Gora. These activities will increase  Immofinanz‘s Stop Shop portfolio to 90 locations in nine countries with over 650,000 sqm of rentable space and a book value of approximately €900.0 million. Further acquisitions and development projects are currently under evaluation.

“This growth step not only strengthens our position as the leading European retail park operator but also improves our sustainable cash flow. It increases both our tenant base and our rental offering for international retailers. That represents a clear competitive advantage, and the potential return in these markets speaks for itself“, indicated Oliver Schumy, CEO of  Immofinanz. “With these activities, we have met our target to substantially expand the Stop Shop portfolio to 90 locations in 2019. Our goal for the next two years also remains intact – we want to increase the number of Stop Shops to over 100 – through acquisitions as well as our own development projects.“

The closing for the acquisition of the five retail parks in Slovenia has already taken place. The real estate package contains locations in Jesenice, Skofja Loka, Murska Sobota, Slovenj Gradec and Slovenska Bistrica with roughly 46,200 sqm of rentable space. The seller is Centrice Real Estate Ljubljana s.o.o.  Immofinanz‘s Stop Shop portfolio in Slovenia now includes 14 properties with approximately 98,400 sqm of rentable space. The retail park acquired in Poland covers 7,900 sqm and is located in Lowicz. The seller is a company belonging to the Polish Developer Pro Group, the closing is expected to take place in the coming weeks. This acquisition and the two projects currently under development will increase the Stop Shop brand in Poland to ten locations with approximately 69,000 sqm of rentable space. In addition, a retail park with 6,700 sqm in the Croatian city of Valpovo, which was acquired in 2018, was transferred to the standing investment portfolio during the second quarter of 2019.

All the acquired properties have an attractive tenant mix with anchor tenants like Deichmann, Takko, KiK, dm, New Yorker and Spar which are already well-established in the Stop Shops. These properties will now undergo standard rebranding in line with the Stop Shop concept.

The Stop Shop in the north-western Serbian city of in Sremska Mitrovica has roughly 7,000 sqm of rentable space and is fully rented. It was opened at the end of August 2019. The 22 retailers include well-known brands like New Yorker, CCC, LC Waikiki and Deichmann. This will be the tenth Stop Shop location in Serbia.

The Stop Shop in the Polish city of Siedlce, which is located nearly 80 kilometres east of Warsaw, will have roughly 14,000 sqm of rentable space and is scheduled to open in spring 2020. Future tenants include the Polish fashion retailer LPP with three of its brands as well as CCC and the Hebe drugstore chain.

The future Stop Shop in the Polish city of Zielona Gora, which is located nearly 460 kilometres west of Warsaw, is planned to have roughly 6,700 sqm of rentable space. Work will start as soon as the building permit has been received.

In addition, the roughly 6,600 sqm extension to the Stop Shop in the Czech city of Trebic was recently completed. This fully rented property now has nearly 22,000 sqm of rentable space and is  Immofinanz’s largest retail park based on size. Are reports of the demise of the office exaggerated?

by Property Forum
Fears that offices will no longer be needed in the wake of the COVID-19 outbreak are overblown, and investors should keep an eye out for pricing opportunities, according to Savills Investment Management.
Read more > by Property Forum
Iulius Company is starting the construction works for Palas Campus in Iași, an investment upwards of €120 million. This will be one of the largest office buildings in Romania in terms of its total area, adding up to more than 60,000 sqm leasable space and it will consolidate the city centre as a destination that supports the evolution of local entrepreneurship and creative industries.
Read more >