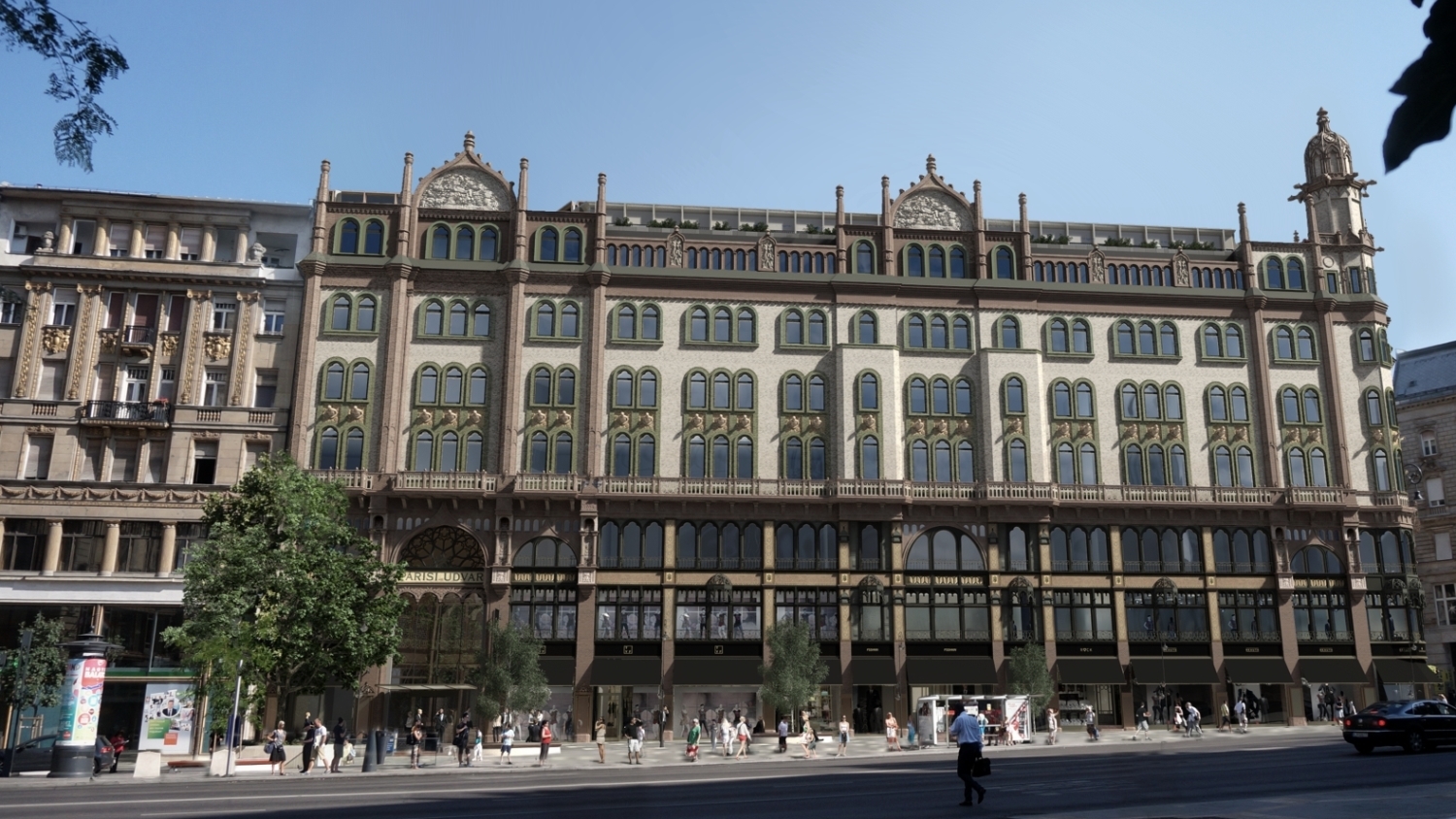 Hyatt Hotels Corporation announced plans for the Párisi Udvar Hotel in Budapest, joining Hôtel du Louvre in Paris as the second hotel in Europe for The Unbound Collection by Hyatt and third outside of the U.S. Hyatt has entered into a franchise agreement with Párizs Property Kft for the project, which will see Párisi Udvar in downtown Budapest converted into an upper-upscale 110-room hotel. The hotel will feature 18 suites, including 2 presidential suites. The Párisi Udvar Hotel is expected to open in 2018 and will be managed by Mellow Mood Hotels.

The hotel will feature 110 guest rooms and suites, 300 square meters of indoor meeting space, a spa and fitness centre, restaurant, bar and café. The food and beverage outlets will be situated within the Párisi Udvar arcade, under the splendour of the building’s coloured glass ceiling and hexagonal cupolas.
The 20th century building, is located on Ferenciek Square, is known for its eclectic design. The future hotel incorporates elements from Moorish, Art Deco and Neo Gothic styles.
The building was completed in 1931 and remained relatively undamaged during the Second World War after which the upper floors were converted into apartments. It has so far escaped major renovations. It has been home to shops, apartments and offices, as well as the Jégbüfé ice-cream parlour fondly remembered by many local residents.

The Unbound Collection by Hyatt launched in March 2016 and has since grown to five properties currently in operation, with additional properties in development for the brand.

“Párizs Property Kft and Mellow Mood Hotels are extremely proud to have the opportunity to give back this renowned landmark building to Budapest, and it is a great honour to collaborate with Hyatt on this prestigious project. Our expansion in Budapest is a strong statement of our confidence in the local market and an opportunity to contribute to the growth of the tourism industry in Hungary”, said Zuhair Awad and Sameer Hamdan, both Managing Directors at Mellow Mood Hotels.