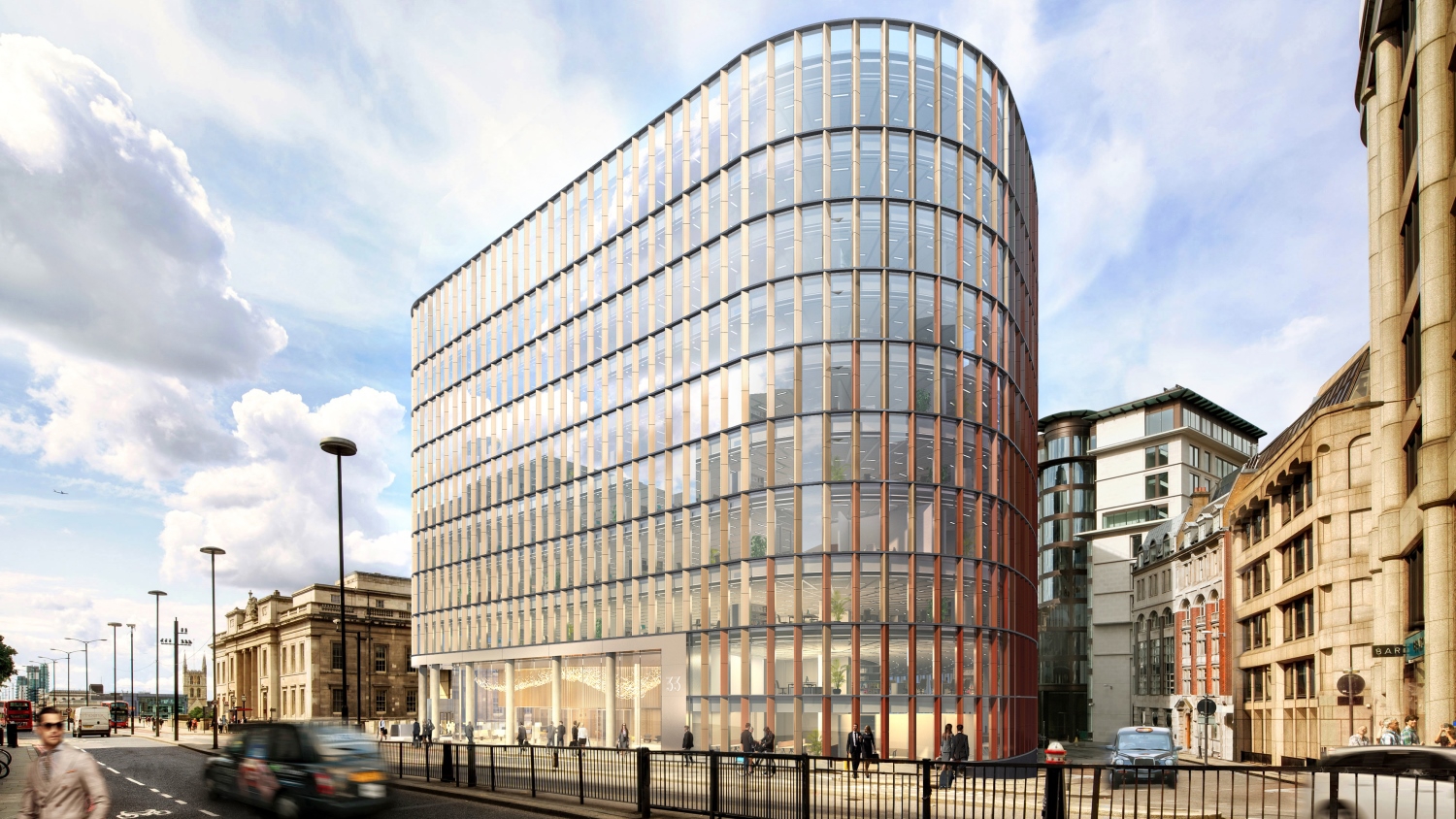 In one of the largest single office deals in the City of London market this year, international real estate developer HB Reavis is selling 33 Central to Wells Fargo, the third largest bank in the U.S. by assets. Upon completion in Q3 2017, 33 Central, which is HB Reavis’ first London development, will allow Wells Fargo to consolidate all of its London-based team members in a single location.

HB Reavis’ original strategy for 33 Central was to retain and lease the development, seeing it as a major London landmark office with significant long term investment potential. After initial leasing discussions Wells Fargo approached HB Reavis expressing the wish to own and occupy 33 Central.  HB Reavis agreed then to forward sell the shares in its subsidiary which owns the development. The disposal represents one of the largest owner-occupier deals to be concluded in the City of London market in the current cycle.
The 21,000 sqm new build is designed by award-winning British architecture practice John Robertson Architects, which worked alongside HB Reavis’ in-house design and technical experts to combine stunning design with state-of-the-art technical solutions. Following the sale, 33 Central will continue to be developed by HB Reavis.
Features of the new eleven-storey building, constructed to BREEAM Excellent standard, include a double height reception of over 400 sq m and an over 1000 sq m roof top garden offering panoramic views of London’s most famous landmarks including the Shard, St. Paul’s, the ‘Walkie Talkie’ building and the River Thames.
The scheme’s central location also provides strategic transport links to several underground and national rail stations, as well as walking distance to some of London’s major cultural sites such as the Tower of London and Borough Market.
Marian Herman, Chief Financial Officer of HB Reavis Group remarked: “Many have doubted what will happen to the real estate market after the Brexit vote. We see the successful signing of this deal as strong endorsement of the quality of our real estate solutions, as well as the resilience of the HB Reavis business even under seemingly challenging market conditions. This divestment, although initially not envisaged given the original strategy to retain and lease, strengthens our balance sheet and will allow us to continue investing in similar high-quality development opportunities in London and elsewhere.”
Knight Frank and Deloitte were agents for 33 Central, and CBRE advised Wells Fargo.
HB Reavis’ London development programme also includes 7500 sqm of office space at 20 Farringdon street and 7000 sqm at 61 Southwark.