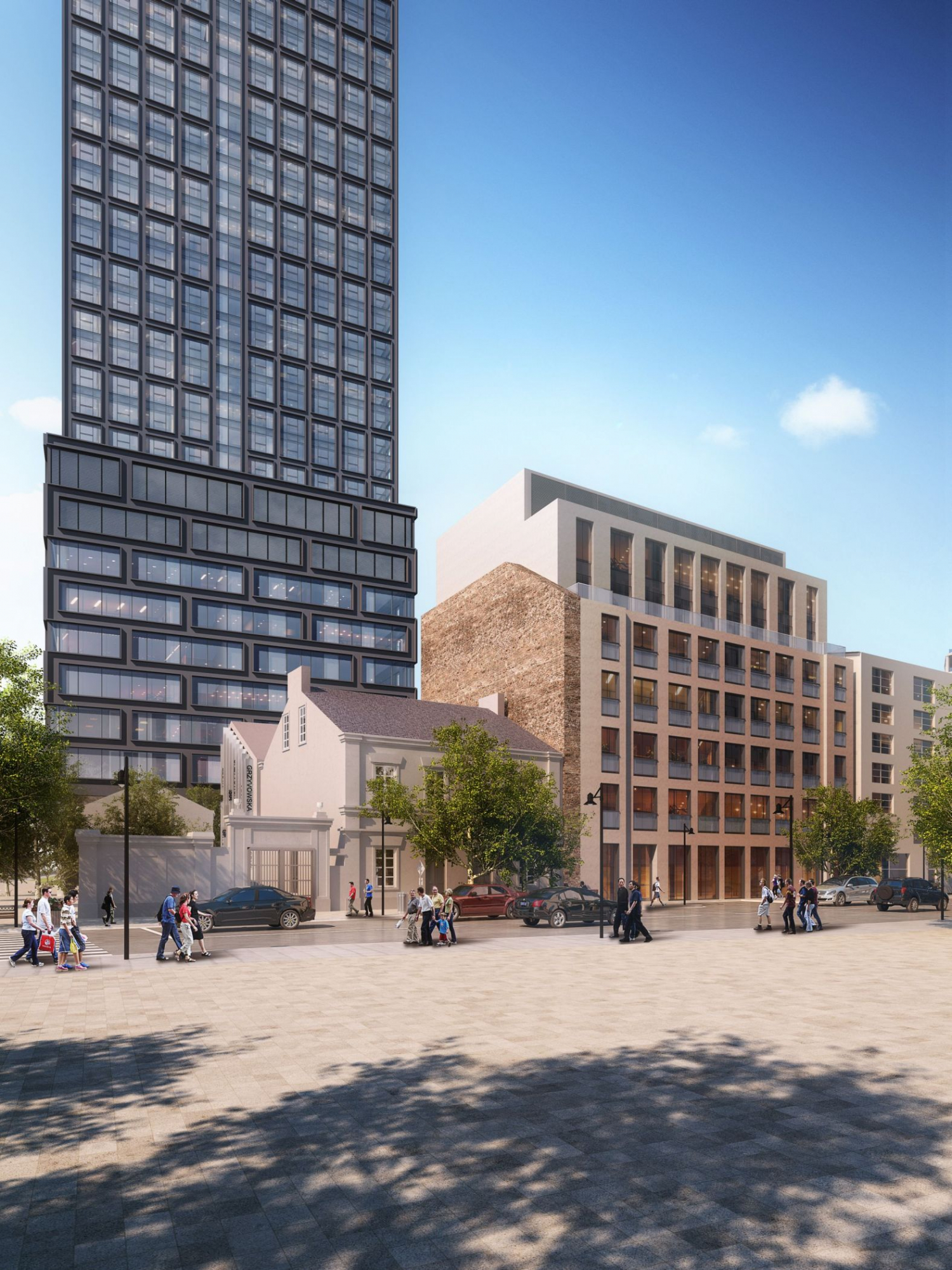 A 140-metre-tall residential tower with a cascade roof, including a hotel and a four-storey underground car park – this is what Liberty Tower looks like in a nutshell. The latest Golub GetHouse project will be built at the intersection of Żelazna and Grzybowska streets in Warsaw's Wola district. The construction of the high-rise building designed by the American architecture studio Arquitectonica is scheduled to start in Q2 2020.

The Liberty Tower project comprises the construction of a 41-floor tower with a 9-floor podium, under which an underground garage will be located. In the high-rise part of the complex, reaching as much as 140 meters, there will be nearly 500 completed apartments of a higher standard (area from 36 to 125 sqm.), intended for long-term rental.
The specially arranged zone on the 10th and 11th floors of Liberty Tower will include a fitness and spa area, a conference centre, a games room, a relaxation area and an open kitchen. On the roof of the tower podium there will be a large swimming pool with a jacuzzi and green terraces with landscaping elements and BBQ zones.
Apart from apartments for long-term rental, Liberty Tower will also house a hotel operated by one of the world’s leading hotel chains. The four-star hotel, located in the 9-floor podium tower, will have 267 rooms. Its interiors will include a conference centre, fitness area, restaurant, lobby bar and dedicated meeting areas. Hotel guests will be able to use dedicated parking spaces in the underground car park, and a dedicated driveway for cars and taxis will be arranged at the entrance to the hotel. The Liberty Tower hotel is scheduled to open in Q3 2023.
The investment will also include historic buildings. Liberty Tower will be erected in the immediate vicinity of a plot of land with historic fragments of the walls and gate of the Warsaw Ghetto together with the “Duschik’s house”, which is a remnant of the “Duschik & Scholze” ironware factory, established in the years 1875–1876. All historic elements will be restored and integrated into the new character of the place. As part of the works, a thorough revitalization of the “Duschik’s house” and reconstruction of the 7-floor tenement house located on the side of Żelazna Street will be carried out. The tenement house will be reconstructed while maintaining the former character of the building. The construction works will be carried out in close cooperation with the Voivodeship Monuments Conservation Office in Warsaw.
The architectural design of Liberty Tower was made by the renowned US-based architecture studio Arquitectonica, which had chosen the Epstein to be its local partner. The construction works under the investment are slated to commence in Q2 2020. They will be completed in Q2 2023.