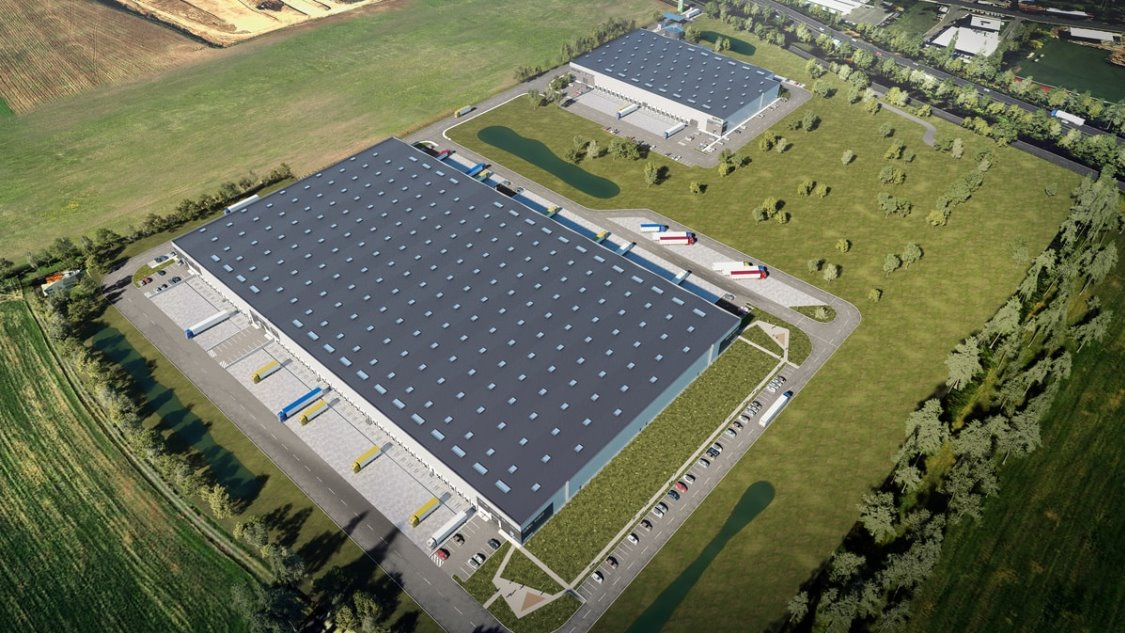 GLP has leased all the premises of the first phase of the newly built GLP Park Ostrava Hrušov complex. The first tenants include Prosperplast, Logflex and Hyundai Steel Czech. They are expected to move into the premises during the spring. The expensively revitalised site of the former chemical plant is thus coming to life and will gradually offer more than a hundred skilled jobs, says the company on their website.


The foundation column of the modern logistics centre GLP Park Ostrava Hrušov was erected on the site of the former chemical plant at the beginning of October last year. Just a few months later, tenants began moving into the first phase of the modern logistics centre. Prosperplast, a leading European manufacturer of plastic products for the home and garden, is the first to move into the facility. The company has chosen the Hrušov site to build a distribution centre to serve the Czech Republic and Slovakia.
Two other companies - Logflex, which provides warehousing and transport services, and Hyundai Steel Czech, which produces steel coils and sheets - are expected to move in this spring. Together, these three companies will create a total of 105 new jobs, providing an economic boost to the entire region.

The entire site will be completed next year

The first phase of the 17,500 sqm development is already fully let. When the second phase is completed next year, the entire site will provide 92,000 sqm of quality space suitable for logistics and light industrial production.

The development is being built to the highest building standards (Class A+) with building clear heights ranging from 12.5m to 17.4m. Depending on customer requirements, higher ceilings allow the installation of automatic racking systems.

"There is a lot of interest in leasing due to the easily accessible location and high standards of construction. The entire complex will meet stringent environmental requirements. It will be equipped with modern energy-saving technologies that will ensure operational safety and lower operating costs," says Jan Palek, GLP's director for the Czech Republic and Slovakia. "We chose the site because of its strategic location and excellent connection to the motorway network. The building is very modern and designed to allow us to grow flexibly. We have a ten-year lease and we are looking forward to further expansion."

Jan Palek is the Country Manager for the Czech Republic and Slovakia at GLP. Jan has been in charge of GLP's portfolio in both countries under the Goodman brand during the past years. Prior to that, he worked at Skanska Property, where he was responsible for the management and development of office projects. He gained a lot of valuable experience abroad. He worked for several years on the Heathrow Airport Terminal 5 project in the UK. As a Brno University of Technology graduate, he worked in the field of civil engineering. Jan is a certified ČKAIT professional engineer in building construction. He deems technical expertise to be an important aspect of his career. More »

The logistics complex is located in Ostrava-Hrušov, in close proximity to the D1 motorway, which connects Prague and Brno with Poland. The Ostrava Terminal, which is an important link to Ostrava-Shenov and provides access to the international rail network, is located nearby. The project is being built on the revitalised site of the former Hrusov chemical plants, which left behind polluted soil. GLP, therefore, carried out costly revitalisation and decontamination works to remove the old environmental contamination before construction began.

The construction of the site is also welcomed by the city of Ostrava as it will attract companies to the region and create new job opportunities. "GLP and its investments are really beneficial for the region. We believe that the multi-purpose logistics and production complex will create new jobs and contribute to the modernisation of the city district and the region. Moreover, the complex is easily accessible, including by public transport. Ostrava Central Station is located approximately two kilometres from the complex," concludes Richard Vereš, Mayor of the Slezská Ostrava Municipal District.