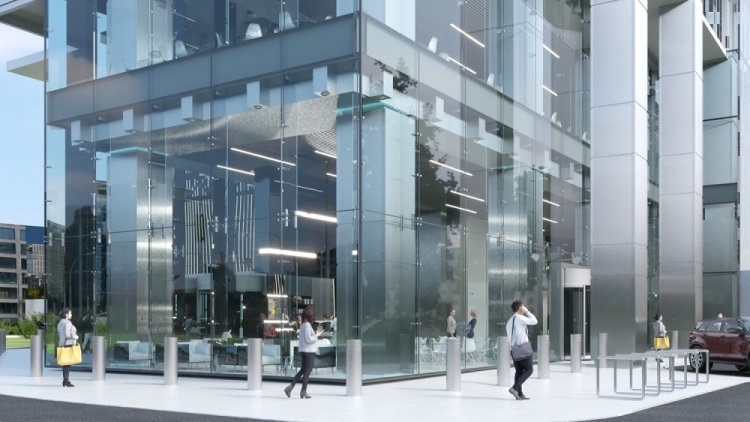 Ghelamco presented Warsaw Unit, its latest Warsaw project, previously known as Spinnaker. The 180-metre skyscraper is scheduled to be completed in early 2021. The project’s budget is nearly €200 million.

The project, which is being built in Rondo Daszyńskiego, will be 180 metres high and with the technical equipment on the roof reaching 202 metres. The building will have a GLA of 57,000 sqm on 45 floors.
The building was designed by Projekt Polsko-Belgijska Pracownia Architektury, which is also a co-author of Warsaw Spire. One of the most interesting elements of Warsaw Unit’s architecture will be a “dragon skin” façade in one part of the building, i.e. kinetic façade made of a few thousand moving plates. “It will visibly react to every, even the most gentle, puff of wind, forming on its surface unique images modelled by forces of nature,” explains Adam Wagner, President of Projekt Polsko-Belgijska Pracownia Architektury.
Warsaw Unit will be certified in the BREEAM system with the Excellent rating and equipped with the infrastructure for cyclists: bicycle parking lot, locker rooms and showers.
The underground part of Warsaw Unit has already been delivered. Currently, the construction works have entered the above-ground stage. The project is planned to be completed in early 2021.